There's a $1,000 reward for information that leads to an arrest. 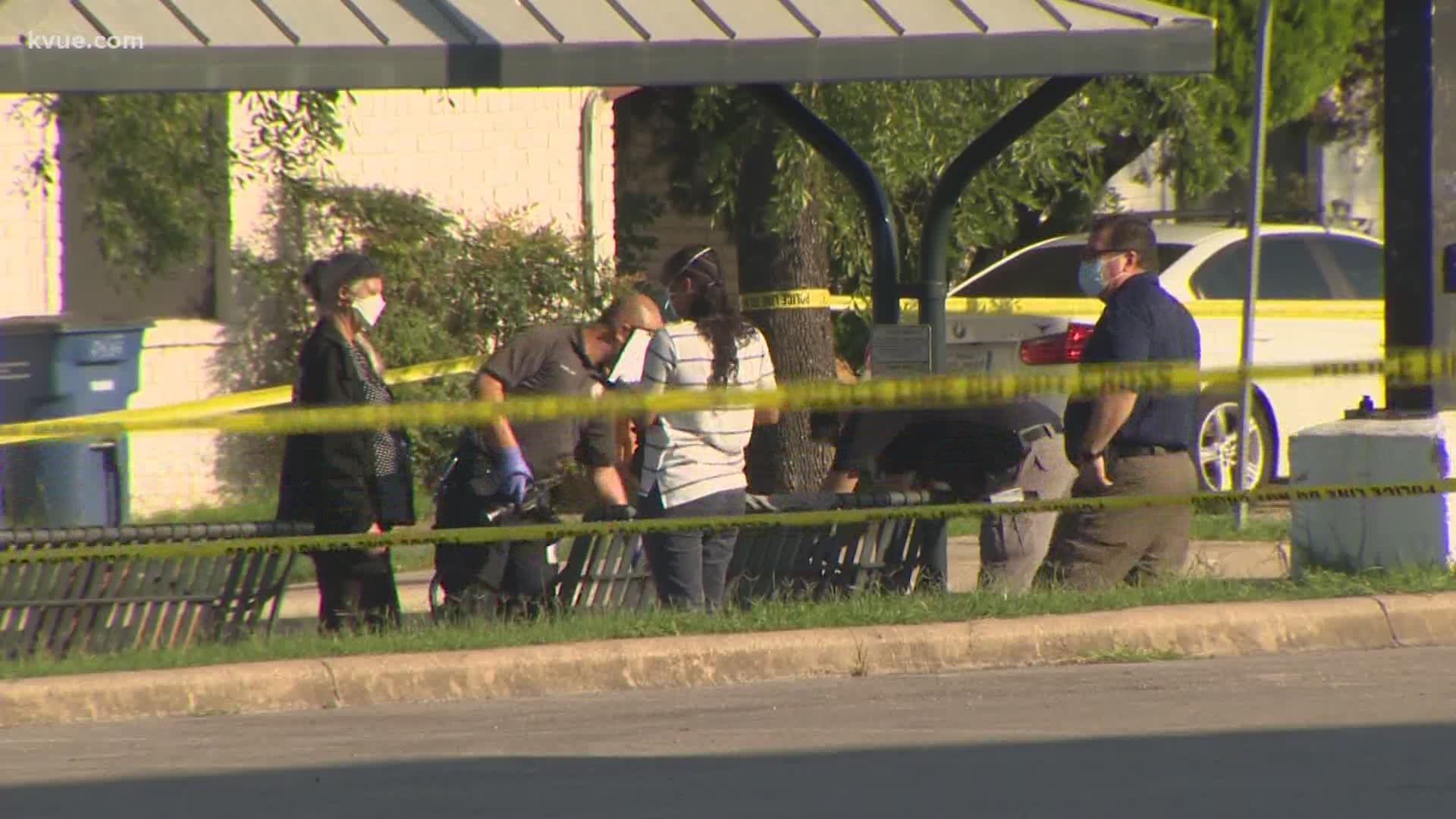 AUSTIN, Texas — Austin police are investigating after a man was found bleeding at a South Austin bus stop Sept. 16. He has been identified as 60-year-old John Young.

According to the Austin Police Department, investigators responded to the 6500 block of S. First St. near William Cannon Drive around 5:30 a.m. The caller told police a man was passed out at a bus stop and that the man was bleeding.

During a press conference later Wednesday morning, police said when officers arrived at the scene, they found the man with trauma to his body. Young was pronounced dead around 5:39 a.m.

Homicide detectives and crime scene specialists were at the scene to help investigate. They believe Young was experiencing homelessness and was sleeping on a bench when he was killed. Officials said, at this time, there is no apparent motive for the murder but he did have a gunshot wound.

Officials said that earlier Wednesday morning around 1:06 a.m., Austin 911 received multiple calls of several shots fired near William Cannon and South First Street. Officers searched the area but did not find anything suspicious.

Based on video evidence, police believe there are two suspects – one who fired the weapon and another in a vehicle. One suspect is believed to be a male with a thin build in his older teens to 20s.

The Travis County Medical Examiner will perform an autopsy to determine how Young died.

There is a $1,000 reward from the Austin Crime Stoppers for any information leading to an arrest.

No other information is available at this time. If you have any information regarding this case, call Austin police at 512-974-TIPS.

Who is running for Austin City Council this November?