'I don't think he has long.' Ascension nurse behind viral COVID-19 photo speaks out

Ascension Seton nurse Colby Hutson said they have a policy at the hospital: nobody dies alone. 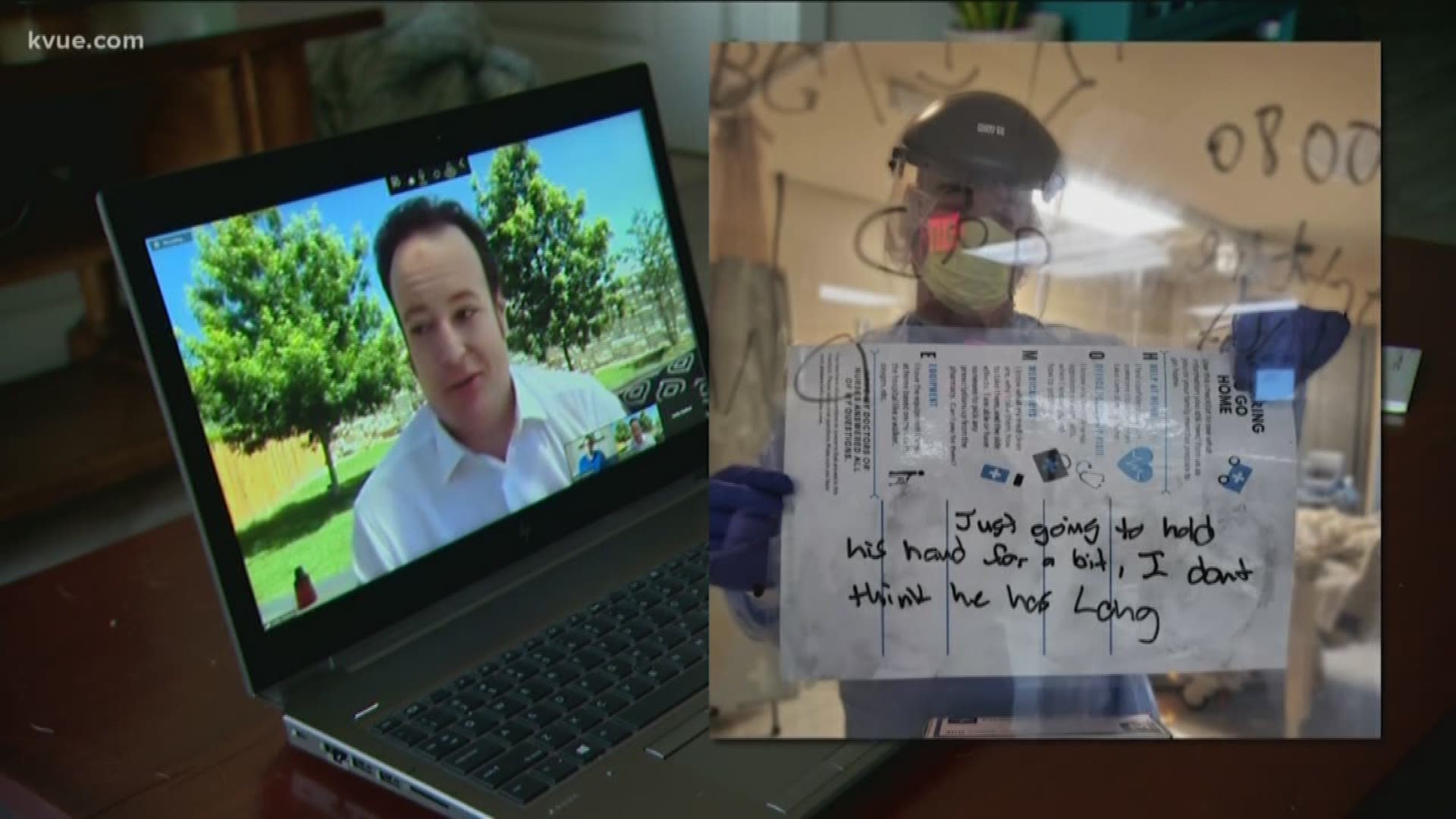 AUSTIN, Texas — We're looking to share more positivity with you, our viewers. So, with this week being National Nurses Week, we wanted to ask some of our Central Texas Nurses to share their good news.

I talked to Lauren Freeman and Krystal McClung from Baylor Scott and White, and then Colby Hutson from Ascension Seton.

First question: What's some good news you've seen out there?

"Probably my favorite thing that's happening so far is there is a group of about five of us that work out with Camp Gladiator," said Freeman.

"H-E-B just delivered 150 bouquets of flowers to all the nurses today," said McClung.

"I think the good news is we're seeing possible antiviral treatments that they're going to start rolling out and testing," added Hutson

Has there been good news that you've seen, I asked next.

"About two weeks ago we received a delivery of pizzas and salads and drinks from a former patient, and it had this really heartfelt note about how we saved his life and made an impact at this time, and at this time how he's really thinking about the nurses that took care of him and helped him recover," said McClung.

"And we're seeing good things out of people," said Hutson.

But for Hutson, he was a part of a story of his own, that many looked at as a sign of humanity in these tough times. The photo that said, "Just going to hold his hand for a bit, I don't think he has long."

"You were a part of this picture that went viral. Why was that important for you to do?" I asked him.

"I just feel like I was doing, as a nurse, and what I've been taught that's what you do, I work at Seton and we have like a policy, no one ever dies alone, and it doesn't matter any circumstance," he said. "COVID makes it more difficult, but no one dies alone. Someone's going to be there in your room with you."

Austin lights up, makes some noise for nurses to celebrate National Nurses Week