Audio: Mayor predicted people will 'get killed' on Amtrak route

"It’s virtually inevitable that someone is going to get killed that wouldn’t be killed otherwise," Lakewood Mayor Don Anderson warned WSDOT about the new high-speed route. 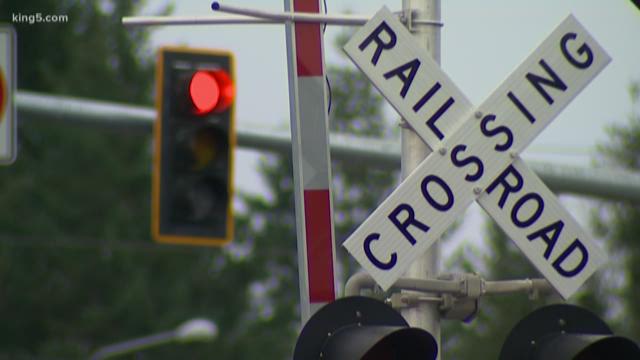 Two weeks before a high-speed Amtrak train derailed near DuPont, Lakewood Mayor Don Anderson warned the Washington State Department of Transportation (WSDOT) that the route could be deadly without additional safety precautions.

After hearing the WSDOT presentation on training exercises aimed to ready responders in the event of an emergency and mitigation efforts for track crossing noise for residences, Anderson issued a warning that now, two weeks later, is a haunting one. He urged WSDOT to provide more safety measures before they had a catastrophe on their hands. Here is a portion of his statement:

"It’s virtually inevitable that someone is going to get killed that wouldn’t be killed otherwise. Come back when there is that accident, and try to justify not putting in those safety enhancements, or you can go back now and advocate for the money to do it, because this project was never needed and endangers our citizens for very, very, very little, highly subsidized, transportation enhancement.

"While it’s a great project for bureaucrats, it’s a terrible one for the community, and when somebody’s killed, I want somebody from WSDOT Rail back here telling me why they didn’t put in the safety enhancements."

Anderson’s plea was the latest in many different efforts by citizens and leaders of Lakewood and Tillicum who fought against having the high-speed service run through their neighborhoods. Many were concerned about pedestrian crossing areas at the same grade level as the train, as opposed to constructing overpasses to keep people safer.

In 2013, the city of Lakewood sued WSDOT to halt the project. A year later a Pierce County Superior Court Judge ruled against the city.

Anderson did not want to conduct interviews Monday. A city official said they didn’t want to put out an "I told you so message" on such a tragic day.

But the representative did say, "I think the city’s past actions speak for themselves. We did sue WSDOT and made it clear we thought it wouldn’t be a matter of it, but when.”