King County's most recent heat mapping study shows that cities like Auburn and Kent absorb more heat and hold onto it longer. 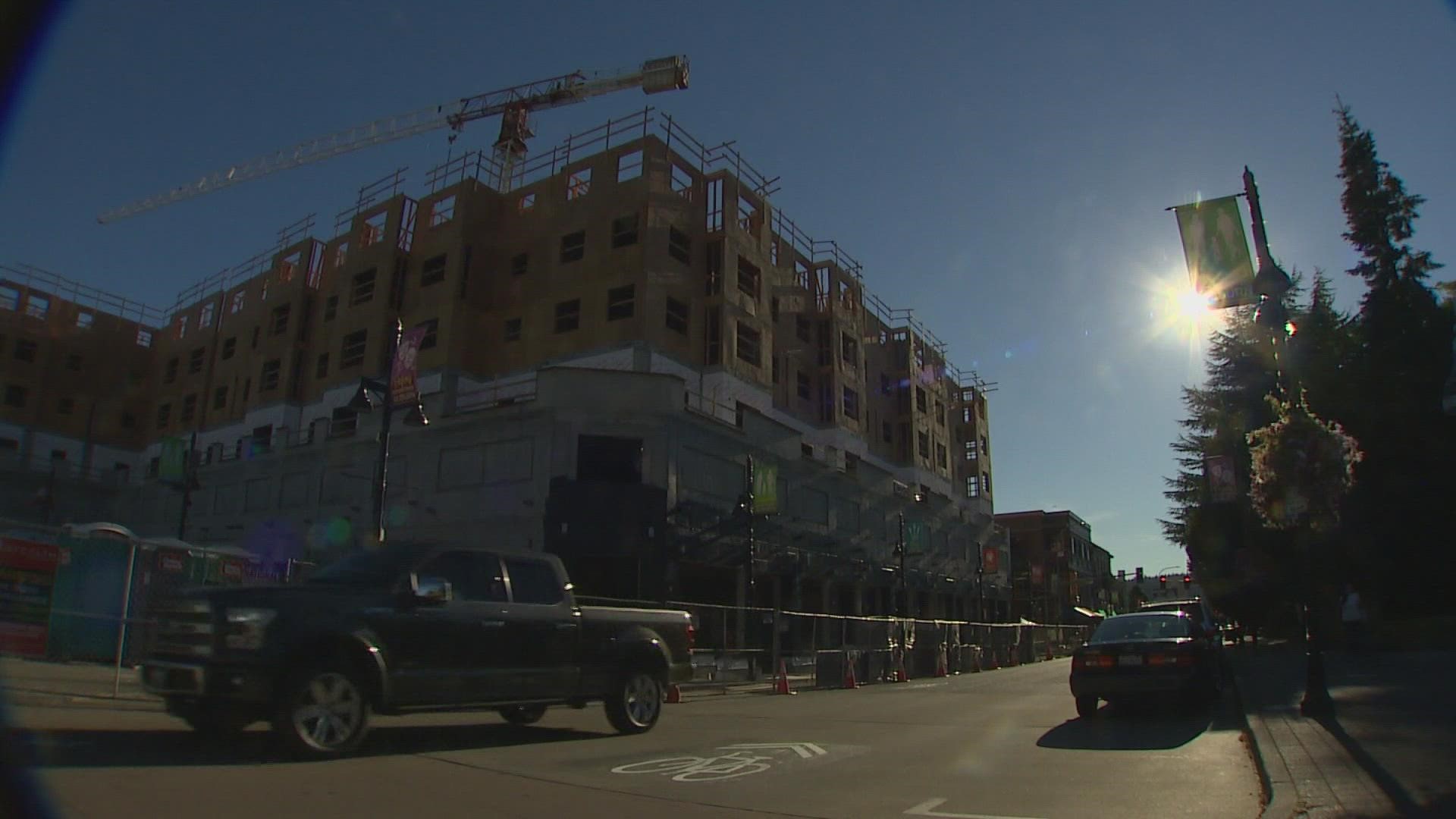 AUBURN, Wash. — The extreme heat hitting western Washington over the next three days won't impact the area evenly. Research shows, some cities will absorb more heat and hold on to that heat longer.

Some of those areas are Auburn, Kent, Renton, Redmond and south Seattle.

"It's unfortunate. The pandemic, natural disasters, all of those tings we tend to find ourselves in kind of, tough spots," said Auburn's Director of Administration, Dana Hinman.

Heat mapping released by King County in June before the summer's first heat wave highlighted the inequitable impact that hotter summers are having on the county. The map shows Kent and Auburn are what scientist call "heat islands," which can absorb more heat and take longer to cool-off because of an abundance of hard surfaces, like parking lots, and a lack of trees.

For Auburn, the response for this current heat wave is similar to what the city did in late June, open cooling centers and make sure people are prepared to stay inside and out of the sun. Hinman said the Auburn Senior Center will be open as a cooling center for residents.

"We take care of our own, but we're kind of used to it, which is great but the other side of the coin is we would like to have more equitable outcomes when it comes to the bad stuff in our region," said Hinman.

Over the long term, Hinman said the city wants to plant more trees to help build tree canopies for the city's urban areas. The county said its heat map can help create future policy and decisions. King County Metro is using the data from the study to help inform bus stop design and amenities to account for more extreme weather events.

Hinman pointed out the heat map is similar to another county map, which looks at health, housing and economic opportunity.

"If you look at that map, it's about the same color red," said Hinman, "South King County is an area that is adversely effected by a lot of things."

For Hinman and the city, a second extreme heat wave is fueling urgency to cool things down.

"If the climate changes in such a way we're not used to, how do we address that? I think that's probably an ongoing question," said Hinman.