Eventually, the sculptures disappear into the ground as compost. 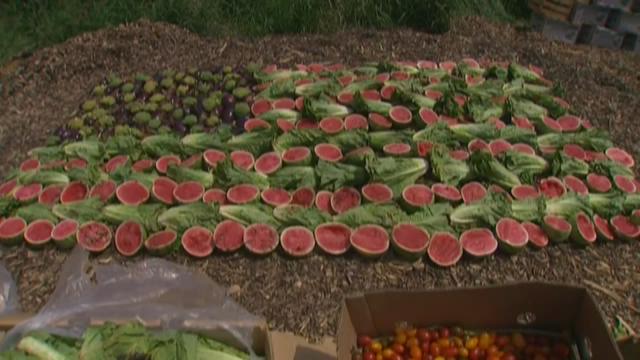 Auburn farmer Ron Bigelow grows 5-acres off South 277th Street. He is a practitioner and advocate of permaculture, which uses the patterns of nature to farm instead of chemicals.

After picking up waste from a nearby produce stand for his animals, he noticed the food throw-aways could add up to a thousand pounds or more daily.

That's when he decided to start sculpting with everything from wilting lettuce to rotting eggplant. He hopes to raise awareness about national food distribution problems.

"I hope that it raises awareness by people seeing it,” Bigelow said. “You can't always notice by numbers, sometimes you actually have to see it tangibly in order to recognize where the true problem is.”

On Monday, he made an American flag with lettuce, watermelons, eggplant and broccoli.

“Making food go back into being food. So, taking all this wasted food and I’m going to grow food on top of it.”

Eventually, the sculptures disappear into the ground as compost. 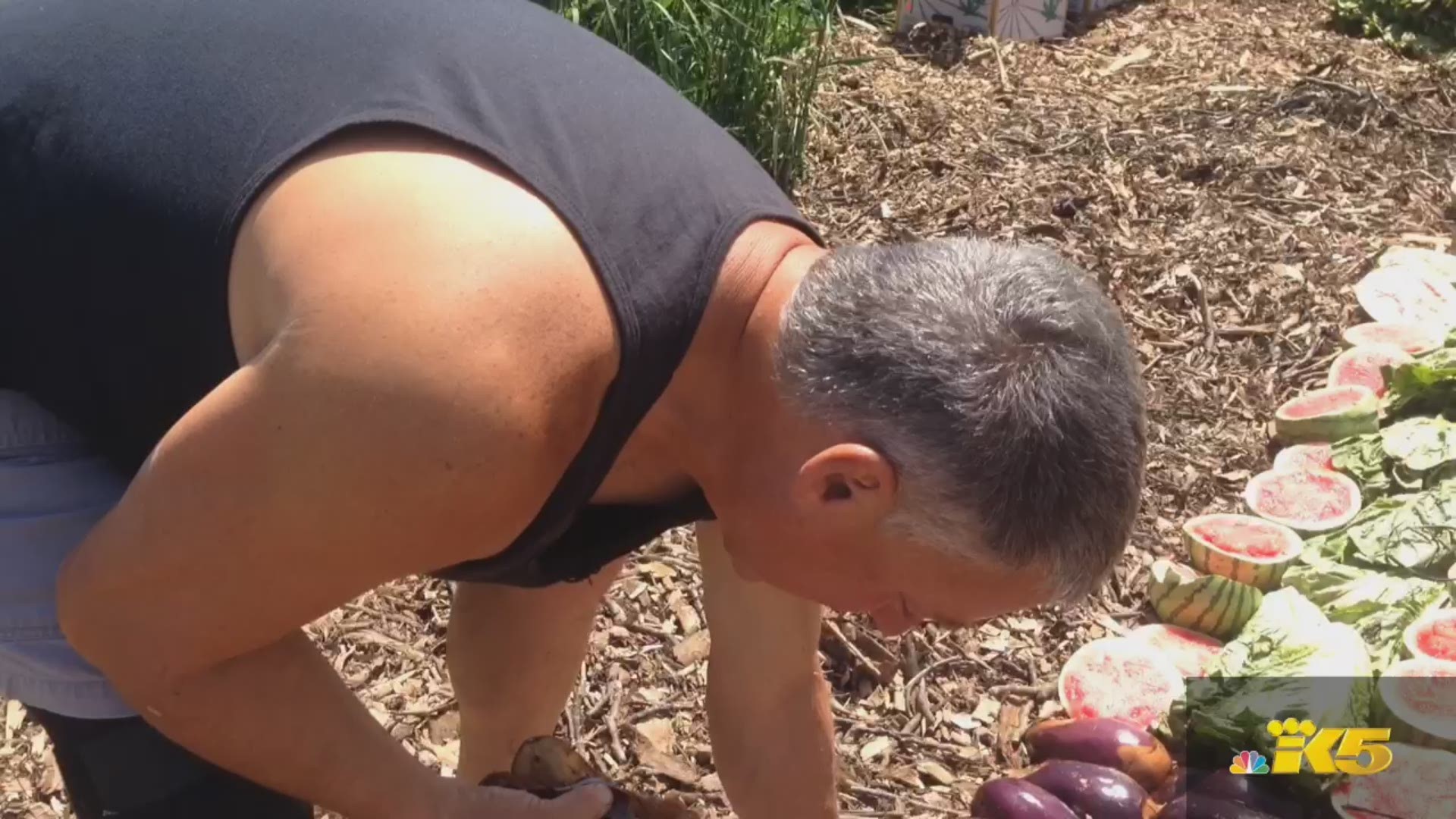