A family in South King County says hackers gained control of their Nest home security camera and verbally assaulted a mom and her two young children. 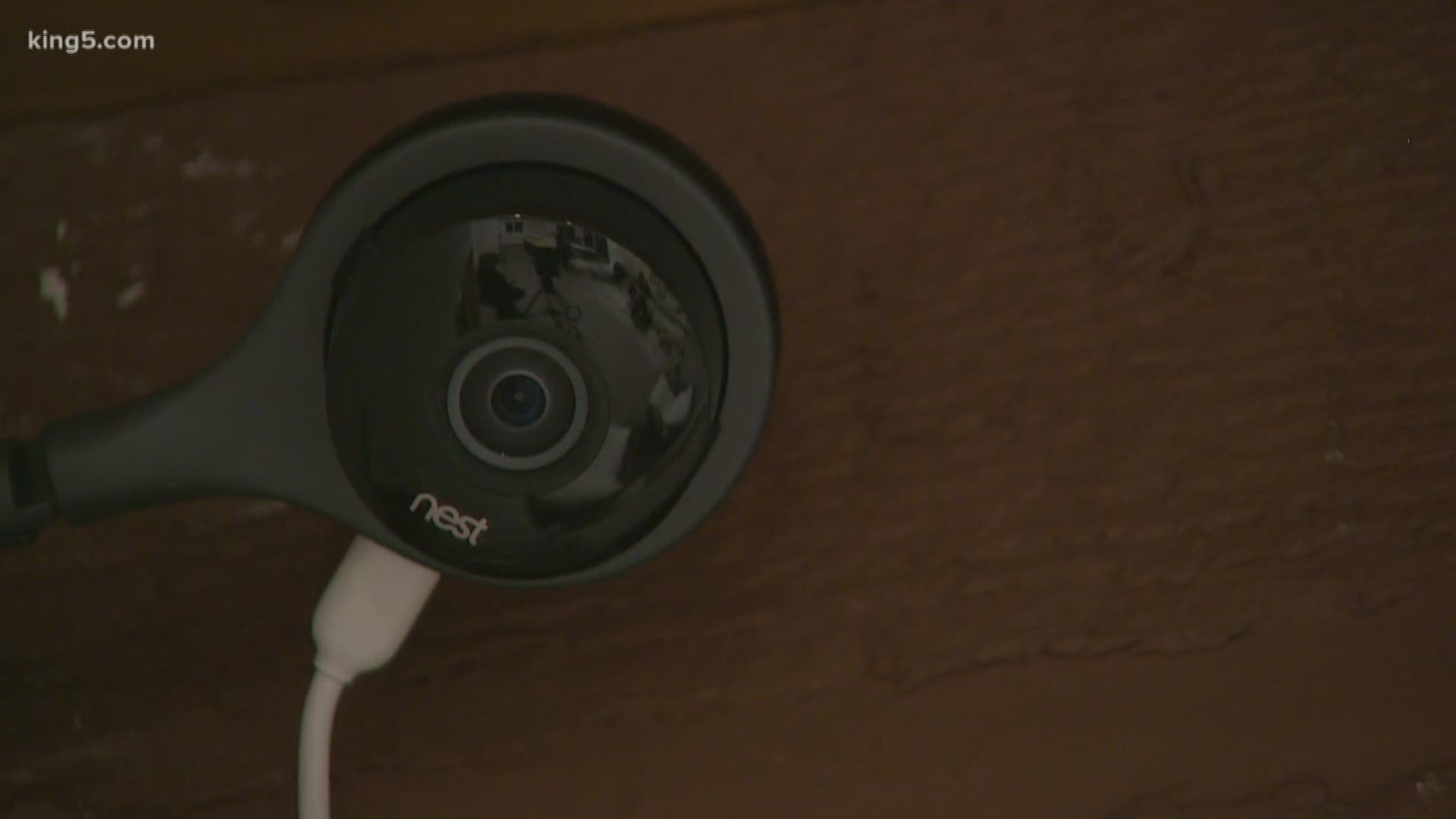 Instead, the family says they were harassed inside their South King County home after hackers gained control of the camera and verbally assaulted them.

Abby was home alone with her two kids on Monday when she started hearing voices coming from the Nest.

"They started cussing," Abby said, and used a racial slur against her.

That was how she realized her security system had been hacked. Abby called her partner in a panic. He convinced her to record the voices coming from the Nest.

She hid her face behind a wall and held her phone around the corner to record what was happening.

"In the video, you can hear them saying: 'What the f— are you doing? Why are you recording us?' And I'm like, these guys can see me," she said.

Then Abby says it got even worse. "They said, 'Do you like your dog fried or deep pan fried?'"

The couple called Auburn Police and detectives are investigating.

Police are also looking into the details of what the hackers said.

"Because they were making racial remarks, that turns it into a felony now, and I didn't know that."

Abby's partner called Nest to report the issue. "When I called the other day, it took an hour to get a hold of someone," he said. "What if something was going on? And you guys are the security company?"

For now, their Nest is unplugged and the family says they are done with indoor security cameras.

"Of course my imagination runs wild," Abby said. "Like, how long have you been watching? How many guys are watching me on a day-to-day basis?"

The family said their Nest had been hooked up for about a month, but it's unclear when the hackers gained access.

A Google spokesperson released the following statement to KING 5: "Nest was not breached. These recent reports are based on customers using compromised passwords (exposed through breaches on other websites). In nearly all cases, two-factor verification eliminates this type of the security risk.

We take security in the home extremely seriously, and we’re actively introducing features that will reject comprised passwords, allow customers to monitor access to their accounts and track external entities that abuse credentials."

Tech experts tell KING 5 that many home devices are vulnerable to a possible hack. The first step of protection is changing passwords regularly and choosing complicated combinations. Two-factor authentication is also a good idea for an additional layer of security on any platform that allows it.