The Associated Press purchased 30 vape items in four states and online and sent them to Flora Research Laboratories in Oregon. 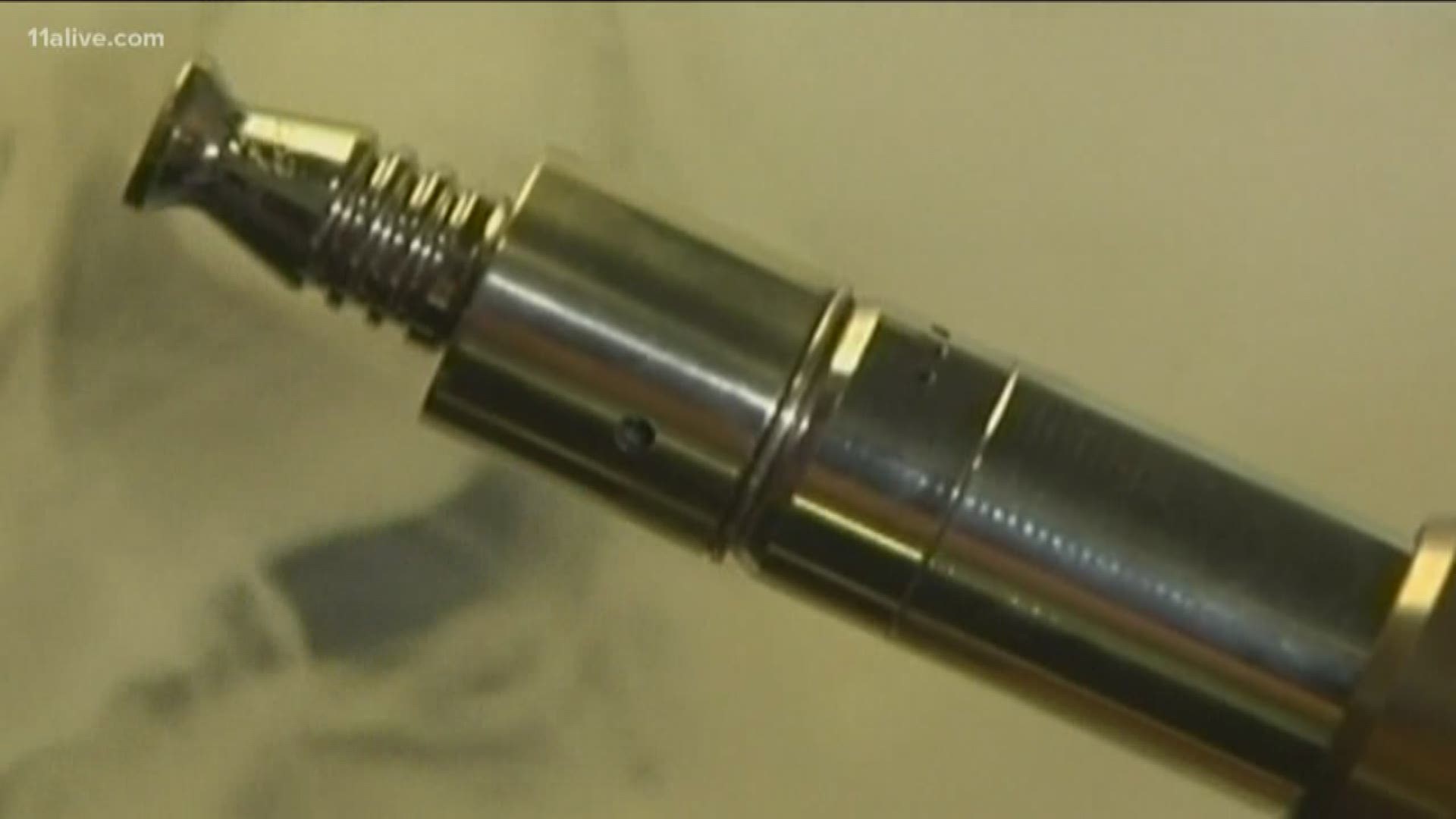 Amid nationwide concerns about vaping, an eye-opening report reveals just how risky the act be. The Associated Press bought and tested different CBD products to see what was really inside them.

Jenkins says he took two hits of what he thought would be a dose of CBD, but started to hallucinate, and ended up in a coma.

"The doctor said that if my roommate got me there two minutes later, there would've been nothing they could do,” said Jenkins. “I would have been in a casket by now."

The Associated Press purchased 30 vape items in four states and online and sent them to Flora Research Laboratories in Oregon.

"It's Russian roulette to use them,” said James Neal-Kababick, director of the lab.

He says CBD products sometimes contain cheaper, manmade substitutes, that can be deadly.

"You may think you're fine. You may think, `Oh, I've done other things like this,’” said Neal-Kababick.

But he says you never know what you're going to get. Ten of the AP's 30 samples tested positive for synthetic cannabinoids. The lab also tested the YOLO cartridge Jenkins was using the day the Citadel Military College student nearly died.

"I thought that I was actually in hell,” said Jenkins.

RELATED: Trump to propose ban on flavorings used in e-cigarettes

The lab said his YOLO cartridge came back positive for a synthetic marijuana compound linked to 11 deaths in Europe. It contained no actual CBD.

"Just don't,” Jenkins said. “I mean, you're not missing anything by not trying it. It's a big risk that you're taking when you decide to try something like that,”

She called the industry “so unregulated” but then said she didn’t want any other statements and walked out of the interview.

Maloney later told the Associated Press that while Mathco does not make or sell anything illegal, the company can't control what happens after products are shipped.