The third nest, which was about 20 feet up a tree, was eradicated Thursday morning with the help of the Department of Natural Resources. 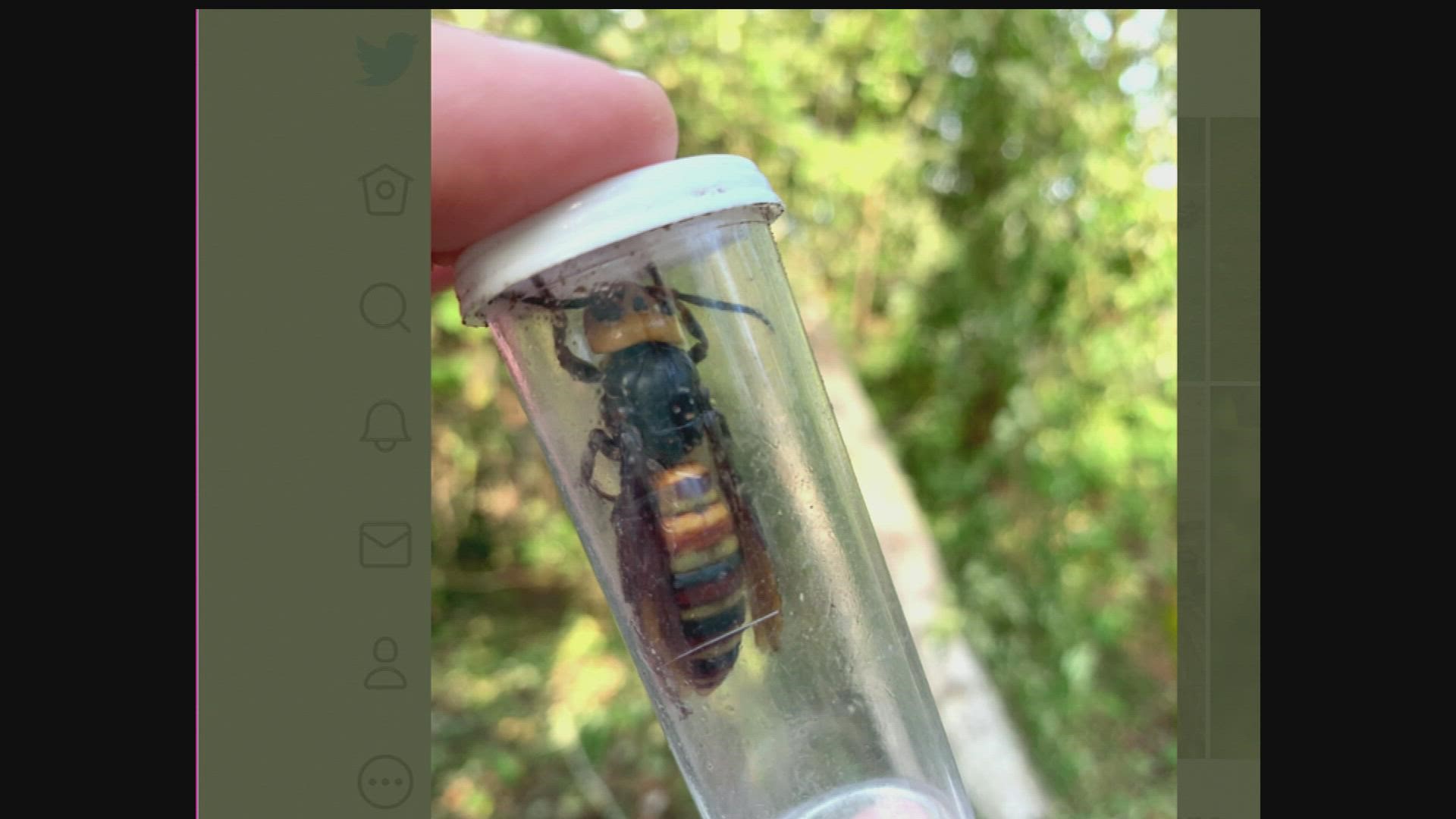 However, the third nest, unlike the others, was found 20 feet above the ground inside a tree, making it impossible to access without special equipment.

Now, nearly two weeks later, the WSDA was able to fell down the tree and destroy the nest with the help of experts at the Washington Department of Natural Resources.

The WSDA said this nest consisted of 10 combs, which is more than any other discovered so far in Whatcom County. The WSDA said the nest was home to a queen colored slightly different than normal, along with worker hornets.

Another #AsianGiantHornet nest eradicated, this time with the expert tree-dropping help from @waDNR. This was a queen of a slightly different color! Ten combs to this nest. All workers - no virgin queens or males. pic.twitter.com/ad1ZuIpiJ3

Asian giant hornets are an invasive species to the region and can have a disastrous impact on agriculture because of how devastating they can be for honeybees.

Just a handful of hornets can wipe out an entire beehive.

They also have a very painful sting that can reach the skin even through thick clothing.

So far, there have been four nests located in northern Washington, with the first being found in October 2020.

Karla Salp, with the WSDA, said in a Sept. 15 interview it was encouraging all of the nests have been found in one particular area. But shortly after her interview, the WSDA received a concerning report of a sighting much further east than other confirmed sightings.

We received a concerning report of a suspected #AsianGiantHornet today - the location is much further east than any confirmed sighting. We cannot positively ID this image, the size, colors, and shape are consistent with AGH. Eyes open and phones handy in this area! pic.twitter.com/iGZIE2Dmw9

The report was unable to be confirmed, but the WSDA is asking those in the area east of Everson and north of Deming to keep their eyes open and cameras ready.

The report was unable to be confirmed, but the WSDA is asking those in the area east of Everson and north of Deming to keep their eyes open and cameras ready.

“We still need people to report suspected sightings because even if we miss one nest, we’re going to be continuing this process next year. So, the goal is to get them all,” said Kalp.

Last month, officials said it would be at least three years until full eradication could be declared for the species due to protocols.

Plus, with so much land in the northern part of the state, the WSDA said it expects it will be years before the species is completely out of Washington.

The department urges anyone who spots an Asian giant hornet to report sightings on its website.