Public health officials blame counterfeit pills for the spike in overdose deaths. As of Oct. 15, 135 people have died from an overdose, more than last year's total. 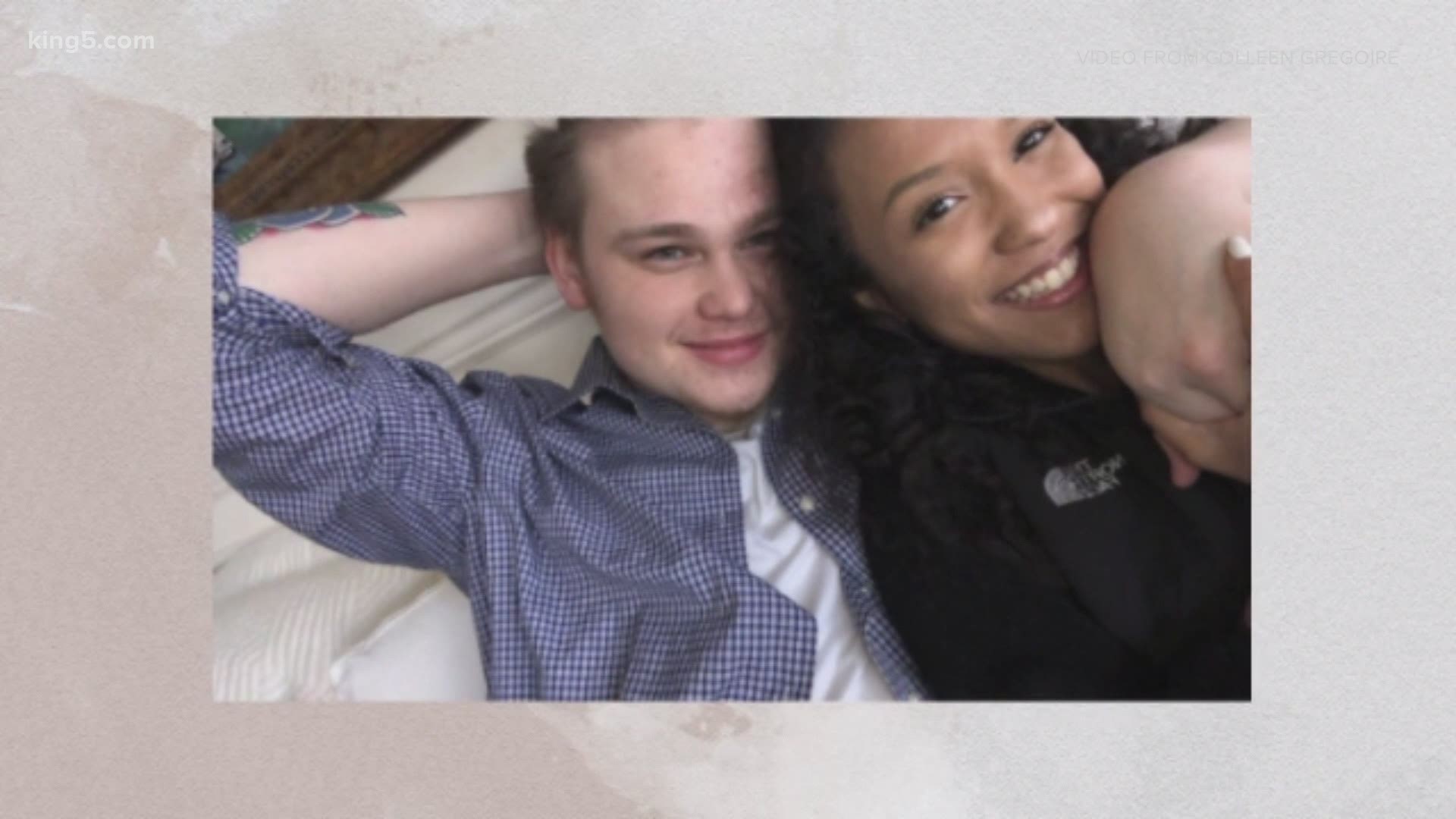 WASHINGTON — In King County, overdose deaths are on the rise. As of Oct. 15, 135 people have died from an overdose. In the last year alone, 116 people died in the county.

Colleen and Rodney Gregoire lost their son, Bobby, to an accidental overdose earlier this month, and want to use their heartbreak to raise awareness for other parents.

The pair said though their son was quiet, Bobby had a lot of love to give.

"Deep down inside, he really had a big heart. And he was a big teddy bear. That's what I will always remember about him," said Rod.

He kept to himself mostly, playing video games, but loved his friends, his girlfriend and his family.

Colleen said she and Bobby had a special bond and considered her his best friend. Though he was anxious and had trouble getting out in the world, he was proud of where he was.

"He was working at KFC and was just happy. He was so proud of himself for making those accomplishments," she said.

All of that was taken away on Oct. 9 when Bobby died of an accidental overdose. He was 20 years old.

"This was a sudden, tragic accident," said Colleen.

She said a few years ago, Bobby was prescribed Percocet when he got his wisdom teeth removed and liked the way it made him felt.

"It made him feel like he had no anxiety when he was on them," said Colleen.

He had been off them for a while and was doing well, but in January of this year, he started buying prescription drugs on the street.

That's what he thought he was taking the night he died. Instead, it was a pill laced with fentanyl.

"It was Russian roulette and his bullet fired," said Colleen.

RELATED: Lock up your meds! This simple step can help end the opioid epidemic

Brad Finegood, a strategic advisor at Seattle-King County Public Health, specializing in substance abuse and overdose prevention, said the biggest culprit in the number of deaths is the synthetic opioid fentanyl.

In the Pacific Northwest, fentanyl has entered the drug supply through fake pills. The pills are usually made to look like prescription pills and are sold by drug dealers as such.

"These are counterfeit pills that don't have oxycodone in them but that have fentanyl, which is 50 to 100 times more powerful than heroin," Finegood said.

Finegood said people who use heroin heavily or intravenously aren't seeking these pills. Instead, it's younger adults who are inexperienced drug users that are buying them. He said many of them purchase the pills, believing they are no different than prescription painkillers and who have no existing tolerance to opioids, which makes a powerful one like fentanyl so deadly.

"When they see a pill, that's something they've come to trust," said Finegood. "But they're dangerous. They're lethal."

Seattle King County Public Health says 75% of overdose deaths from fentanyl are people under the age of 40.

"There are characteristics I look back on that I never would have seen until now," said Rod of his son, Bobby.

Colleen and Rod wanted to share their son's story to make parents and loved ones aware.

Colleen said Bobby's behavior began to change. He became more aggressive. He was also losing weight, which he had told them he was trying to do.

They urge parents or loved ones to watch for the physical signs, monitor their spending habits and spend as much time as possible with them. Time that they no longer have with Bobby.

"We will do anything possible to make sure somebody else doesn't have to go through this sadness every day," said Colleen.

Oct. 24 is DEA Drug Take-Back Day, a day where there are free places to anonymously drop off medication. Finegood suggests if you see pills around the house that are either expired, not in use or you do not know where they came from, this is a good opportunity to get rid of them

You can find locations here.

If someone is going to use a pill bought on the street, Finegood urges them to take in groups, take one at a time, use a fentanyl test strip and have Naloxone ready, which is an overdose reversal drug available at drug stores.

There are more resources about overdose prevention from Seattle-King County Public Health here.

RELATED: Take these steps to prevent opiod misuse in your own home