Soldiers and veterans at Madigan Army Medical Center are expressing themselves and healing through art therapy. 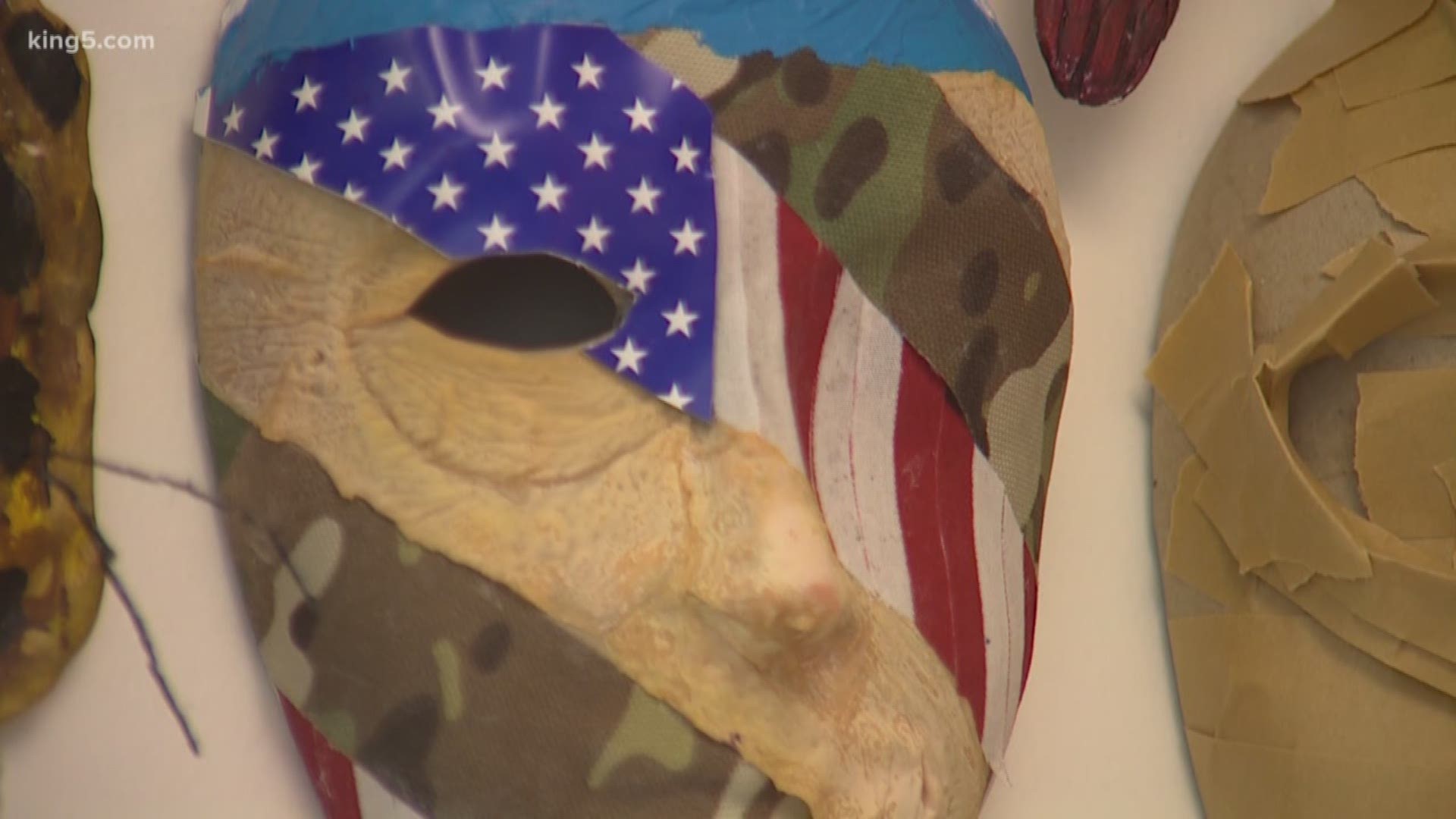 JOINT BASE LEWIS-MCCHORD, Wash. — Rather than relying on a therapist’s couch, soldiers and veterans at Madigan Army Medical Center are getting therapy with the help of a paint brush.

"There's a whole world inside of us, wanting to express ourselves,” said Navy Petty Officer Second Class Gretchen Vogt.

Tuesday’s assignment was to paint your feelings on a mask.

Army Sgt. Christal Lew said painting is another way for soldiers to express their thoughts about struggles, pains, and fears -- all topics which can be difficult for service members to discuss out loud.

“Putting it on a mask, seeing it as a face, seeing it as you, it really puts into perspective how real it is,” said Lew, who suffered a traumatic brain injury when she was bleeding badly, passed out and fell on a tile floor.

Art therapist Brenda Maltz, who also has patients make clay figures and collages, said mask painting is one of the most successful forms of therapy for military members.

“A person may not be able to put it into words, and that’s ok,” said Maltz. “They end up getting caught up somehow in the details, the stories emerge, just naturally.”