Asylum seekers at the U.S.-Mexico border aren't coming only from Central America, but also Haiti and soon Afghanistan. 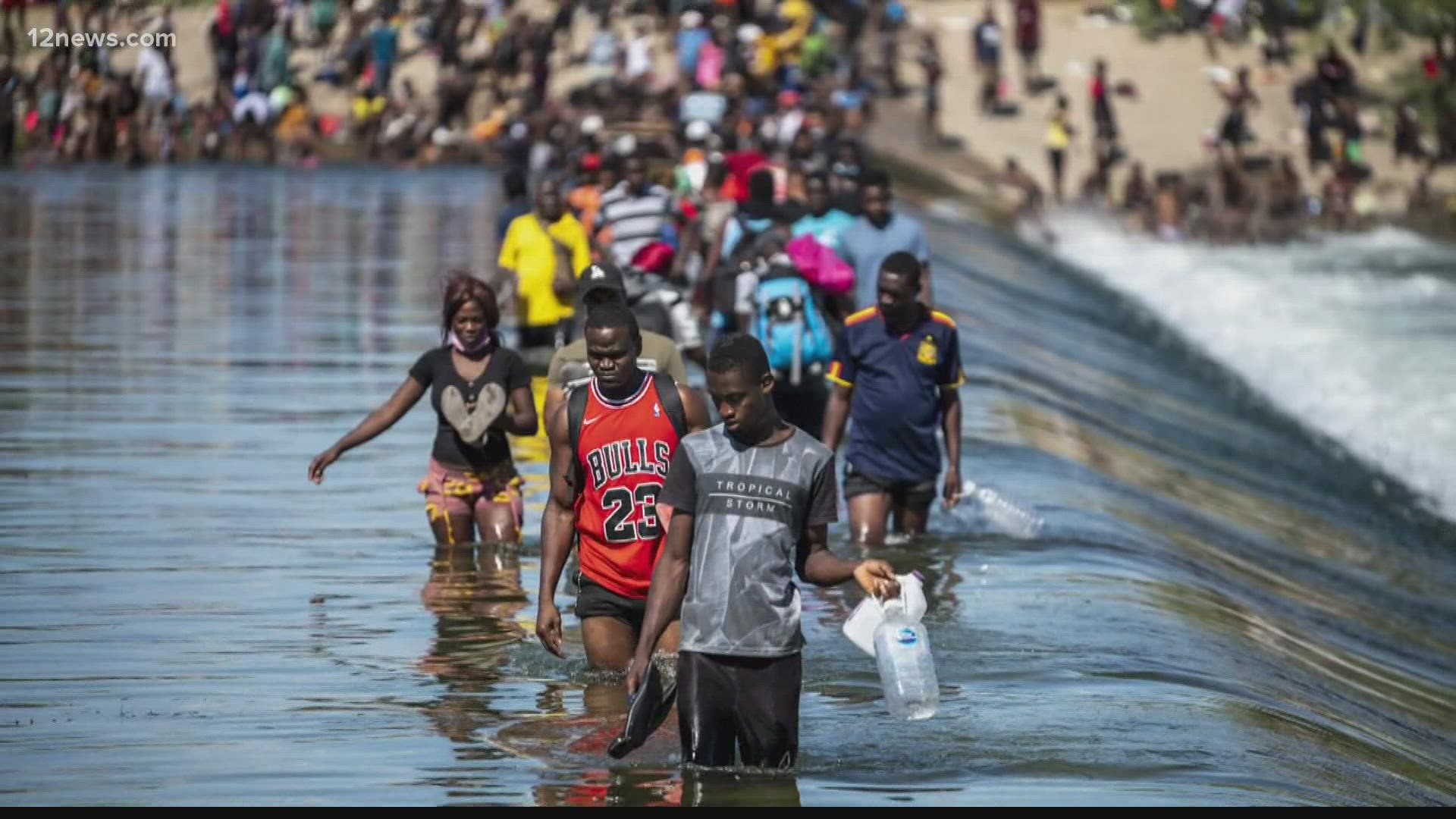 PHOENIX — Since the start of the year, shelters that provide aid to migrants in Phoenix have seen an increase in people seeking asylum being released by Customs and Border Protection.

Before February, the International Rescue Committee (IRC)-- an organization that serves people with food, shelter, and aid to families seeking refuge in the United States—was serving an average of 80 people a month, said the organizations’ Asylum Seekers and Family senior coordinator Beth Strano.

In order to seek asylum in the United States, a person must set foot on U.S. soil, turn themselves into immigration authorities, show their documentation, and make their asylum claim.

That’s what thousands of Haitians are trying to do in Del Rio, Texas after camping under a bridge for days. But a health CDC protocol known as Title 42, put in place because of the pandemic, means thousands of migrants, from all countries, are being turned away.

Immigration authorities have released an undetermined number of migrants into the U.S. to continue their asylum proceedings.

In Phoenix this year, IRC has served more than 23,000 people from 66 countries, Strano said. The increase in people could be a sign of immigration authorities allowing more people to seek asylum, something that is international law and legal to do.

“We’ve been receiving Haitians pretty much all year here at the welcome center,” she added, talking about the center the organization has where most migrants released by CBP from the Yuma Sector pass through before heading out to their sponsors across the U.S.

Since March, the category “other,” has risen to be the largest group of people encountered at the Arizona-Mexico border. Brazil leads that group with 28,528 migrants.

Haitian nationals are placed sixth in this category, with the number of people seeking refuge in Arizona’s two sectors going from five people in February, to 837 in August.

“They are trying to follow the process, but they weren’t admitted at the port [of entry],” Strano said referring to most migrants that in recent months have migrated to the U.S. escaping from corruption, vulnerability from natural disasters, gang violence and human rights violations. “If we just process people at the ports, we have a whole system in place to provide asylum.”

Currently, asylum cases take on average three to four years to be heard or resolved by immigration courts, Strano said. This is due in part to the complexity of the process, but also to decades of backlogs and large immigration judge vacancies that have slowed the course.

Strano said they expect to see the current trend at the southwest border to continue at least until the end of the year, as Yuma sector officials informed them, they have once again set up soft-sided facilities to house and process migrants.

“We do expect to soon start to see Afghan asylum seekers start arriving at the southern border and we are all just watching to see when the first ones get here,” she said.