Gary Bettman did nothing to stop the enthusiasm, talking about his visit this week with Seattle Mayor Jenny Durkan. 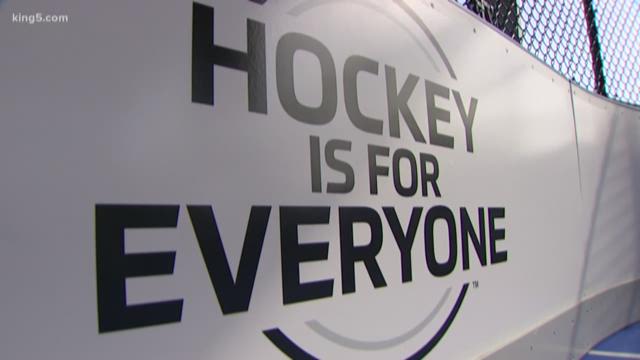 It's NHL All-Star weekend in Tampa, Fla., and part of the buzz in the opposite corner of the U.S. is the league's possible future in Seattle.

Commissioner Gary Bettman opened the door last month when he suggested the NHL would accept an expansion application from the Oak View Group's Seattle investors to play in a newly renovated arena at Seattle Center, where KeyArena now stands, in 2020.

Bettman did nothing to stop the enthusiasm, talking about his visit with Seattle Mayor Jenny Durkan. The commissioner and the mayor met in New York City earlier this week.

"It was very pleasant, very constructive. The mayor is very, very enthused. We'll see what happens," Bettman said at the unveiling of a new ball hockey court on Tampa's outskirts.

Tampa Bay Lightning owner Jeff Vinik and his wife, Penny, helped pay for the new court along with a new Boys and Girls Club. Vinik and Bettman say it is a way to show the franchise's commitment to the community.

Vinik sits on the NHL's Executive Committee, which has a strong voice at league headquarters. He said he's optimistic about Seattle.

Former Seahawks and Sounders President Tod Leiweke was part of his Lightning ownership group before leaving to go the NFL. Tod's brother, Tim, is leading the new arena project at Seattle Center.

"I love Seattle. It is one of the hottest cities in the country right now. We hope Tampa can get that hot sometime in the not too distant future," Vinik said with a laugh. "You know Tod Leiweke had a lot to do with the Sounders and the Seahawks back there and I think it's a great sports city and I think hockey is going to be fantastic there."

When asked what he needed to see from Seattle to award an expansion franchise, Vinik said, "We will be going through a process. It takes a period of time and hopefully at the end of the process things work out, and we'll have a team on the ice there."

The Oak View Group is expected to launch a season ticket drive soon. Bettman said he didn't want to throw out a number to be satisfied.

"I'm not going to prejudge anything they do. They haven't yet filed an application so there is some preliminary work that needs to be done."