Data helps to debunk some myths about the millennial generation. 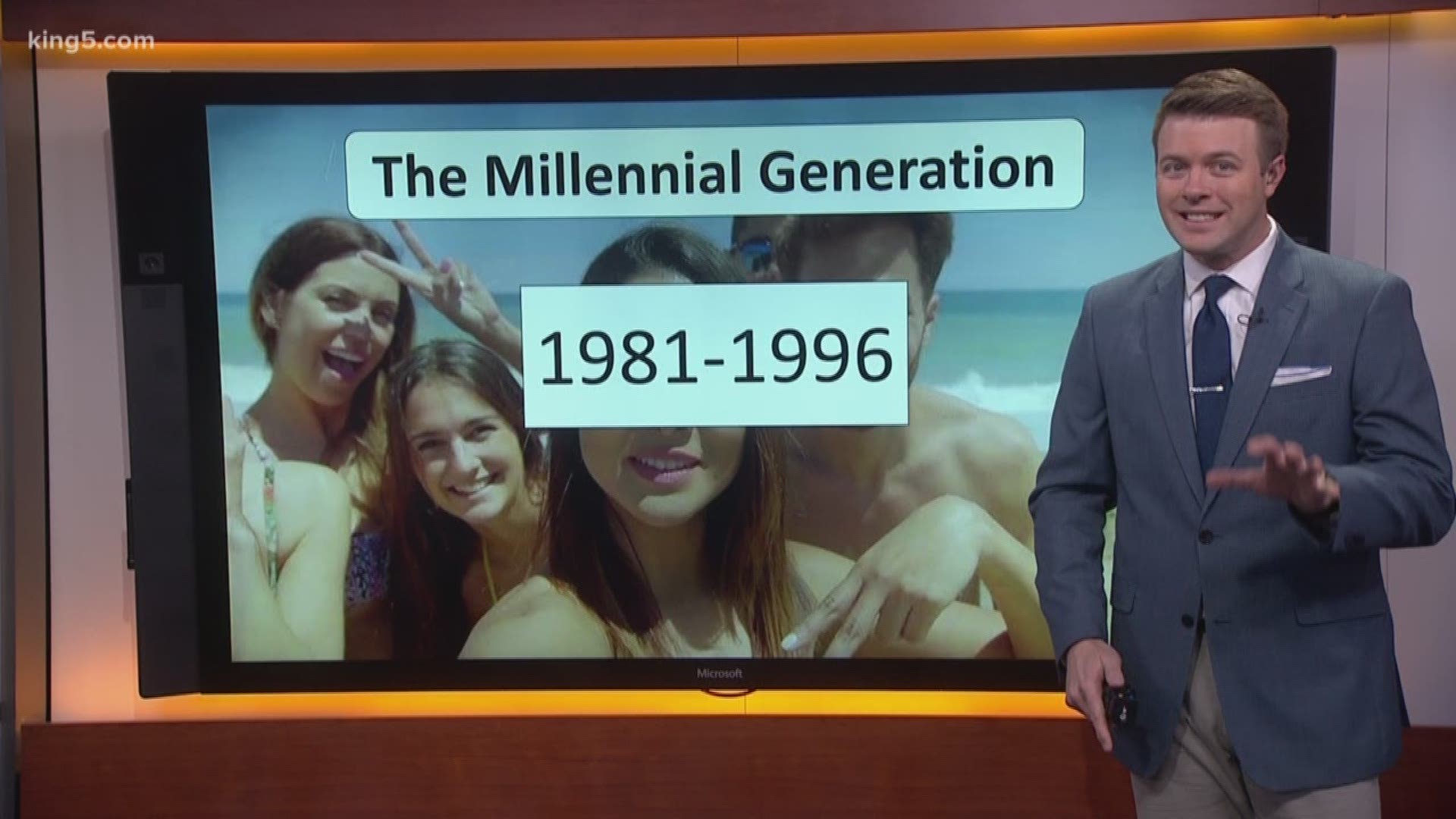 SEATTLE — The stereotypes are everywhere when it comes to the millennial generation: They're lazy. Millennials are entitled. Some call it the "me generation."

But are the myths true?

Those who fall within this age set (born between 1981-1996) paint a much more productive picture. And a lot of useful data helps debunk myths.

Are millennials different than their parents or grandparents generation?

One way to look at that is median household income. Pew Research conducted a study and found millennials are similar to previous generations, just under new circumstances.

Let's face it, every generation has its lazy people. CEB, a consulting firm, polled 90,000 American employees each quarter. The Economist was first to report the findings that suggest millennials may be the most competitive. Fifty-nine percent of them claim competition is "what gets them up in the morning." CEB found only 50 percent of baby boomers feel the same way.

Brookings estimates millennials will comprise more than 75 percent of the U.S. workforce by 2025 and account for about $1 trillion in U.S. consumer spending.