A man was shot in the back in Federal Way. There have been a handful of drive-by shootings on King County roads and interstates in the last few weeks. 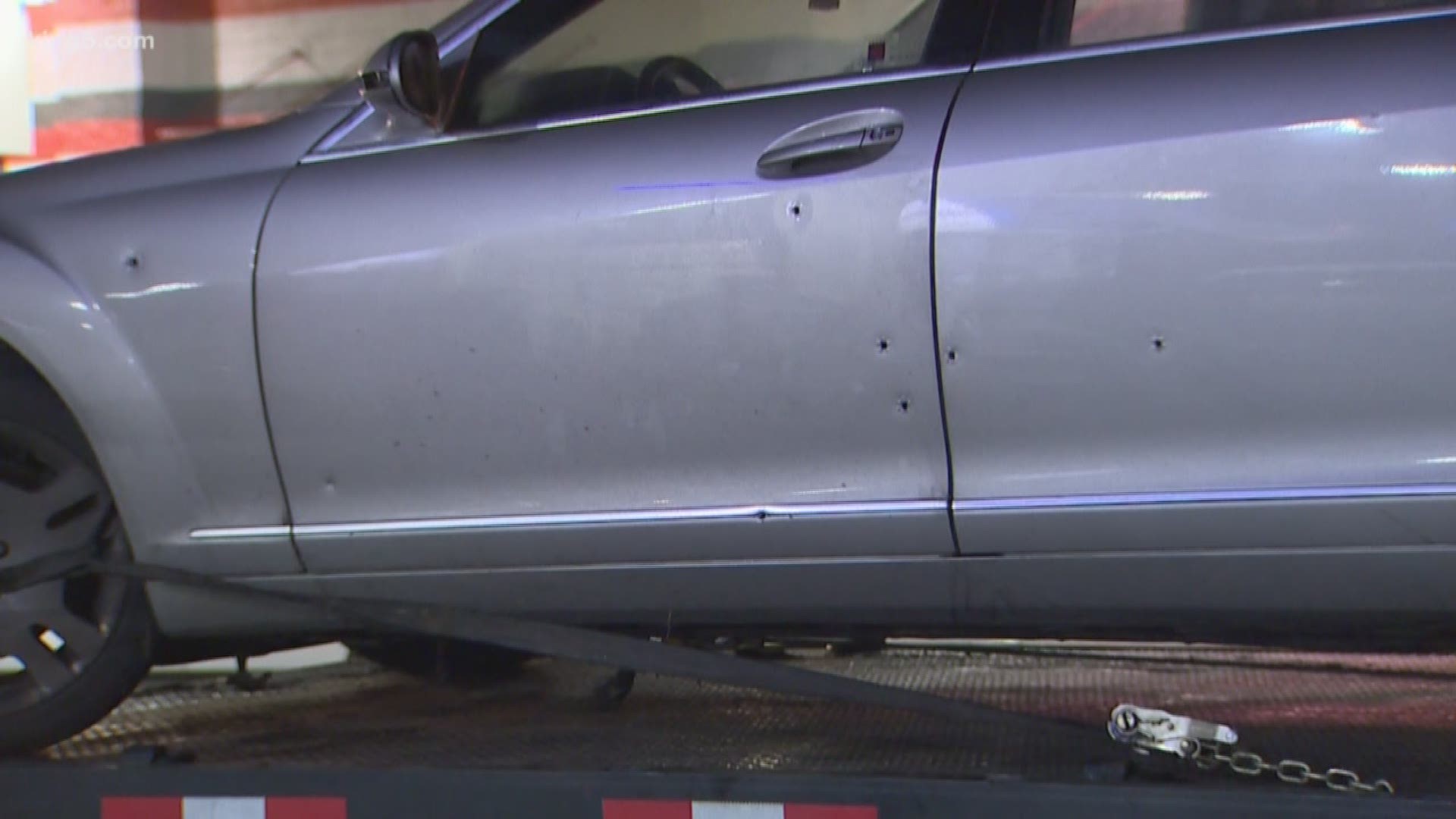 FEDERAL WAY, Wash. — Washington State Patrol is investigating another drive-by shooting on Interstate-5 that left a man with gunshot wounds to the back.

Around 11:30 p.m. on Thursday, troopers received a call from a 31-year-old Seattle man who said he was shot while driving southbound on I-5 in Federal Way.

The victim told a trooper that he had driven himself to an AM/PM gas station off of South 272nd Street. When troopers arrived at the gas station, they saw the victim lying face-down in the parking lot while a woman tended to his gunshot wound.

The victim said he was driving southbound on I-5 when another vehicle fired at his car. Troopers counted 10 bullet holes in the left side of the man's car.

There is no immediate suspect vehicle information.

The victim was sent to Harborview Medical Center with non-life-threatening injuries.

There have been several drive-by shootings on Washington roadways and interstates in the last few weeks:

On Wednesday, there was another drive-by shooting on I-5 in Tukwila. The suspect in that shooting has been taken into custody.

Troopers continue to investigate a road rage incident on Dec. 31 that escalated into shots being fired on I-5 SB in Everett.

One person was shot and killed on SR 509 in Seattle on Dec. 29. That same week, there were two other drive-by shootings on King County roads-- one in SeaTac and the other on SB I-5 near SR 516.

Detectives are asking anyone who may have witnessed the shooting in Federal Way to contact Det. Vik Mauro at (425) 401-7746 or via email at Victoria.Mauro@wsp.wa.gov.

RELATED: Suspect in I-5 shooting in Tukwila in custody