Business owners and bicyclists have clashed over the fate of the Burke-Gilman trail. 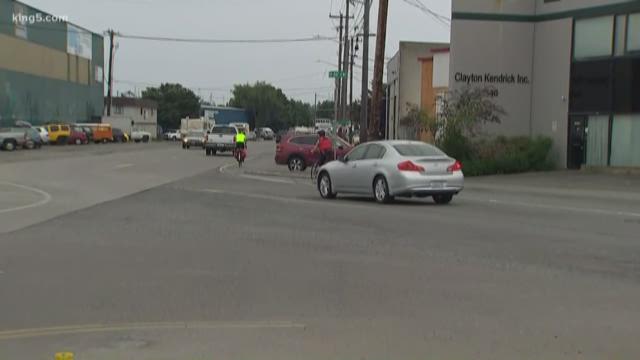 Three decades after the city of Seattle wanted to finish the Burke-Gilman trail, the saga of the "missing link" section continues.

On July 2, Judge Roger Rogoff issued a motion to enforce a December court decision to halt the city's plan to connect the two parts of the Burke-Gilman trail in Ballard.

The city wants to complete the 18-mile Burke-Gilman Trail with a 1.4-mile section along Shilshone Avenue, where cyclists and pedestrians are forced into trafficked streets.

In December, a judge found problems with the city's final environmental impact study, saying that it did not fully account for all of the economic impacts a protected bike trail would pose.

The city appealed the decision and last week, the King County Superior Court delivered the news that it can't continue with trail construction plans until a new study is done.

There is a group of industrial and maritime businesses along Shilshone Avenue who are against the plan to finish the trail, saying the construction would put them out of business. They also argue that having bikes on the busy road is a safety hazard.

The city is determined to get the project done, which is 30 years in the making. Construction on the trail independent of the missing link project is still ongoing.

At the moment, the city said it is unsure of its next steps or what the motion to enforce means for the project's timeline.