Analysts weigh in on what's next for Seattle-based Nordstrom 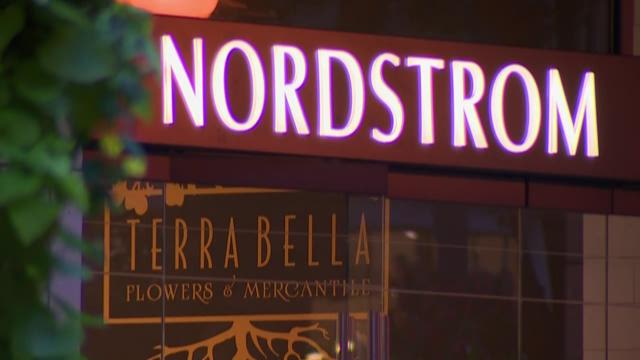 The future of Nordstrom is making business headlines this week, and raising questions about the direction the Seattle-based retailer is headed.

On Monday, came the announcement that the legacy department store is rolling out a new twist on shopping: smaller stores that will offer manicures, wine, and tailoring, but no inventory. The first store of its kind will open next month in California. Instead of stocking clothes, the Nordstrom Local stores will be staffed with personal stylists who can order merchandise for customers.

Then on Tuesday, came reports that the Nordstrom family is close to a deal that would take the store private, after decades as a publicly traded company.

"So Nordstrom for years has been a publicly traded company, which means that anybody out there can theoretically buy their stock, if you can afford it. Going private would essentially allow the company to take away that pressure of the quarterly earnings and having to meet investors' expectations, worrying about what Wall Street thinks," said Geekwire's Todd Bishop. "And that would really free up Nordstrom to try and compete more aggressively."

Perhaps even more high-interest, Bishop says, is the theory that Amazon's next acquisition might be Nordstrom. Geekwire spoke to an NYU professor and brand expert who accurately predicted that Amazon would buy Whole Foods. Now, that same expert says Nordstrom would be the "logical next one" for Amazon.

"It makes a lot of sense that Amazon would at least be looking at Nordstrom as a potential acquisition," said Bishop. "Amazon has been very heavily interested in fashion. They've come out with a variety of products in the fashion market. So it would make a lot of sense if they want to expand their brick and mortar retail footprint into fashion, that they would consider Nordstrom. And conveniently, they're located a few blocks away here in downtown Seattle."

Jeff Shulman, an associate professor of marketing at the University of Washington's Foster School of Business, says it would actually make a lot of sense - for Amazon.

"Amazon signaled an interest in companies that have a brick and mortar presence and high-income customer base with their purchase of Whole Foods. And Nordstrom fits that bill. A strong legacy family, strong brand, with high-income customers," said Shulman.

But does it fit the bill for the future of Nordstrom? Shulman says that the multi-billion dollar question.

"Nordstrom is in a tricky position of staying both relevant but also true to its core values that have existed for many years," he said.

Shulman said Nordstrom is likely still figuring out how to strike that balance amidst the changing dynamics of retail and dealing with online competitors like Amazon.