Two high school students in Anacortes say more needs to be done to prevent teen suicide. It's a message the community paid attention to at city hall Thursday night. 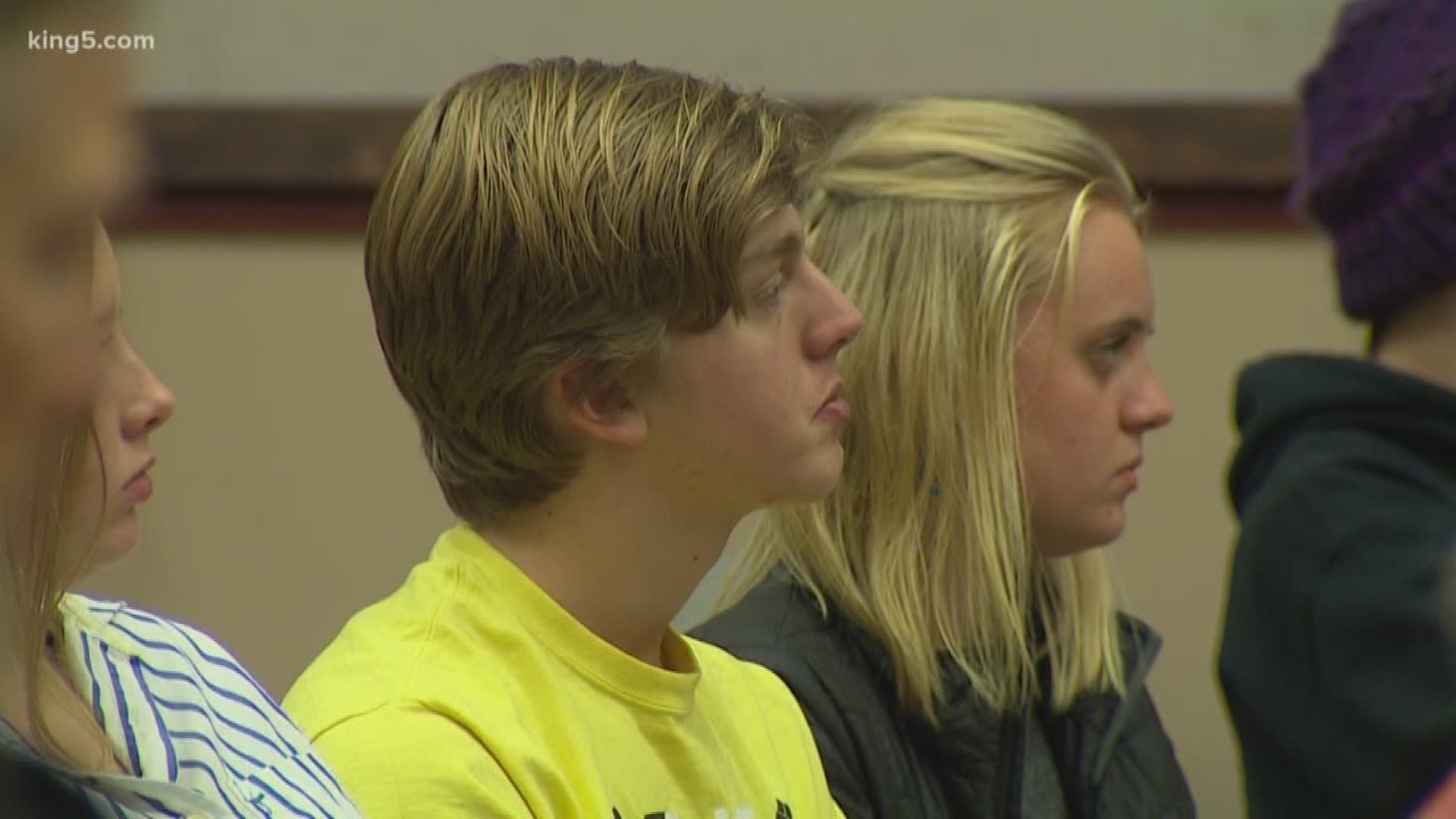 After too many tragedies, high school students in Anacortes are starting the conversation about getting more resources to prevent teen suicide.

"It took me losing someone to actually realize how big of a problem this is," said Barnes.

"It just got super uncomfortable to talk about that kind of stuff, and people, actually the whole community, just shut down even more," said Marshall.

The students found a Whatcom County program called M.A.D. H.O.P.E., which stands for 'Making a Difference - Helping Other People Everywhere.'

"They want to bring communities together, and students especially, so we can open up the discussion about mental health and suicide prevention," Barnes said.

Barnes and Marshall wanted to bring the program to Skagit County and reached out to Dr. Katie Eastman, a local psychotherapist.

"They came to me, and they asked me to help them get word out about what they wanted," said Dr. Eastman.

Dr. Eastman invited the community to city hall for a conversation about how to be involved in understanding mental health, and how to talk to someone who is struggling.

Brian Geer was one of the evening's speakers.

"My wife and I had no clue my son was depressed and was thinking about suicide. He just happened to send a text to a friend of his, and she knew enough to know something was wrong. She went to her mom, and her mom called us. He was upstairs at the time and we had no clue," said Geer.

That happened about three years ago. Since then, Geer has been able to get help for his son and learn about mental health. At city hall, he encouraged others to talk about it too.

"The more people who know how to talk with someone who is struggling with an emotional issue, the more likely they will get help before they make a decision that is life ending," said Eastman.

Barnes and Marshall already see results with their community getting more resources, including a suicide prevention club.

If you or someone you know needs help, please call the National Suicide Prevention Lifeline at 800-273-TALK.