Since a deadly derailment in DuPont, Amtrak says positive train control has been activated, and it's implemented better training for crew and speed reductions. 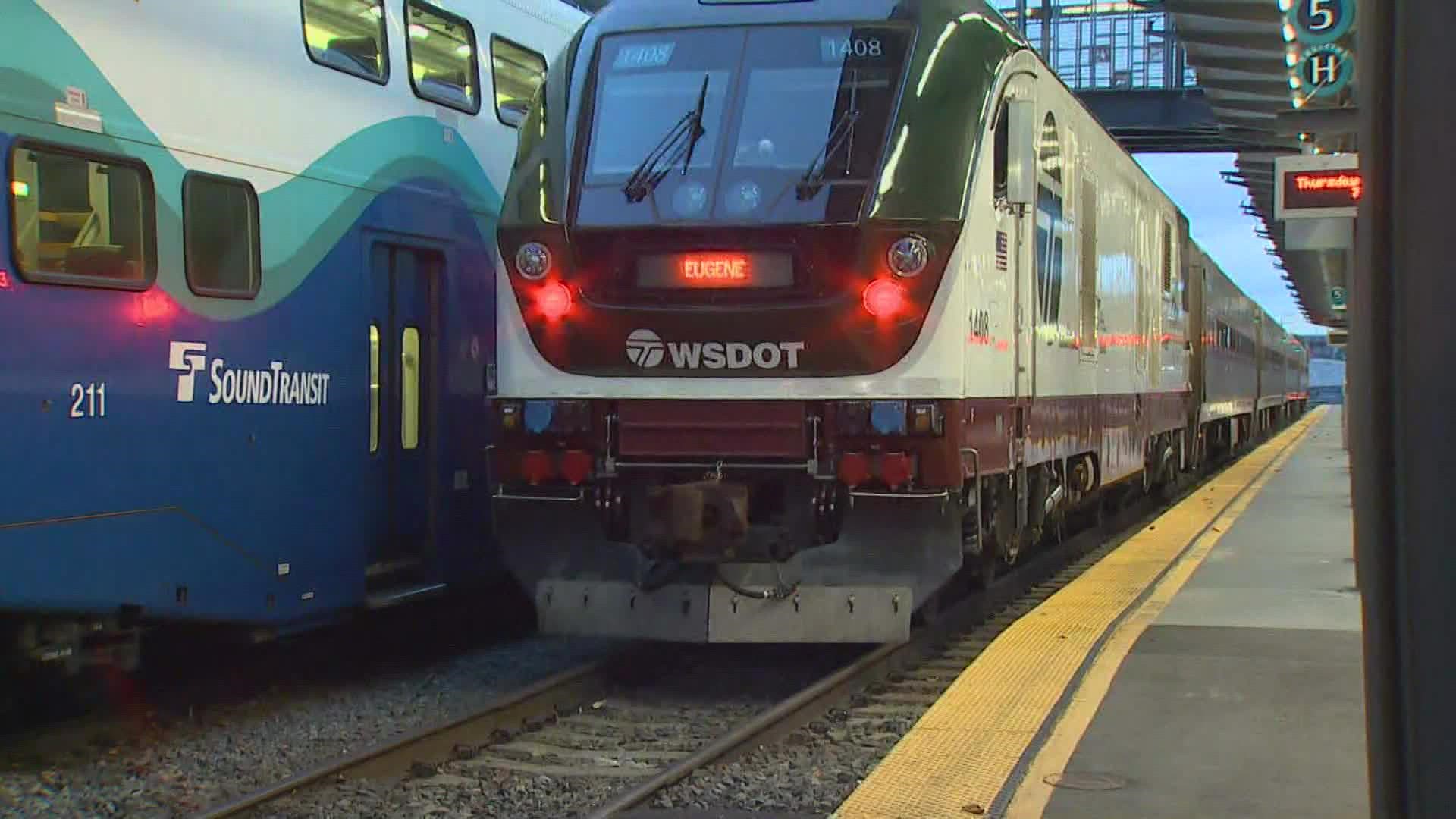 The Lakewood Police Department shared video of the southbound train successfully passing through town Thursday morning. Police were also expected to conduct education and emphasis patrols to remind drivers of the hazards of stopping on railroad tracks with high-speed trains resuming service.

The Point Defiance Bypass route hasn’t been operational since Dec. 2017 when three people were killed and dozens more injured in the derailment. The train was on its first paid passenger run when it derailed traveling 80 mph in a 30-mph zone.

The bypass route is part of the Amtrak Cascades route that connects Vancouver, Canada and Eugene, Oregon. The inland bypass parallels Interstate 5 and stretches from Tacoma to the Nisqually Junction, saving time from Seattle to Portland.

Since the derailment, Amtrak said it and the Washington State Department of Transportation have activated positive train control on all rail corridors in Washington. This technology automatically slows or stops trains that are traveling above permitted speeds.

Scott Thompson, a spokesperson for Sound Transit, which is the host railroad, said the agency also instituted a gradual slowdown that lowers speed limits as trains come around the curve near DuPont where the 2017 derailment happened. Trains must slow down from a maximum of 79 mph to 50 mph to 30 mph at the curve. Additional signage is also in place.

Another change, according to Thompson, is that if positive train control becomes inoperable, the train with come to a stop, and the conductor will need to communicate with dispatch. All trains then must go 30 mph without the ability to go faster.

"That's more stringent than federal regulations," Thompson said. "We are the first railroad system in the country to implement that strict protocol."

In the aftermath of the deadly derailment, the National Transportation Safety Board (NTSB) released a report on the derailment in which the agency's vice chair described "Titanic-like complacency" among those charged with ensuring operations were safe.

The NTSB said the train's engineer lost track of where he was and failed to slow down before a curve. The agency said a series of decisions or inactions by Amtrak as well as state and federal regulators set the engineer up to fail.

Lloyd Flem, a rail advocate whose two friends Jim Hamre and Zach Willhoite were killed in the derailment, said what happened four years ago was tragic but rare. With the changes to rail safety after the derailment, Flem said, "they've made the whole operation virtually foolproof."

When asked if Hamre and Willhoite were still alive if they would be on the train on Thursday, there was no question in Flem's mind.