Do you recognize this fake Amazon delivery person stealing packages?

Two thefts were reported in Woodinville, where a woman wearing an Amazon vest looks like she's making a delivery, but is actually taking off with packages. 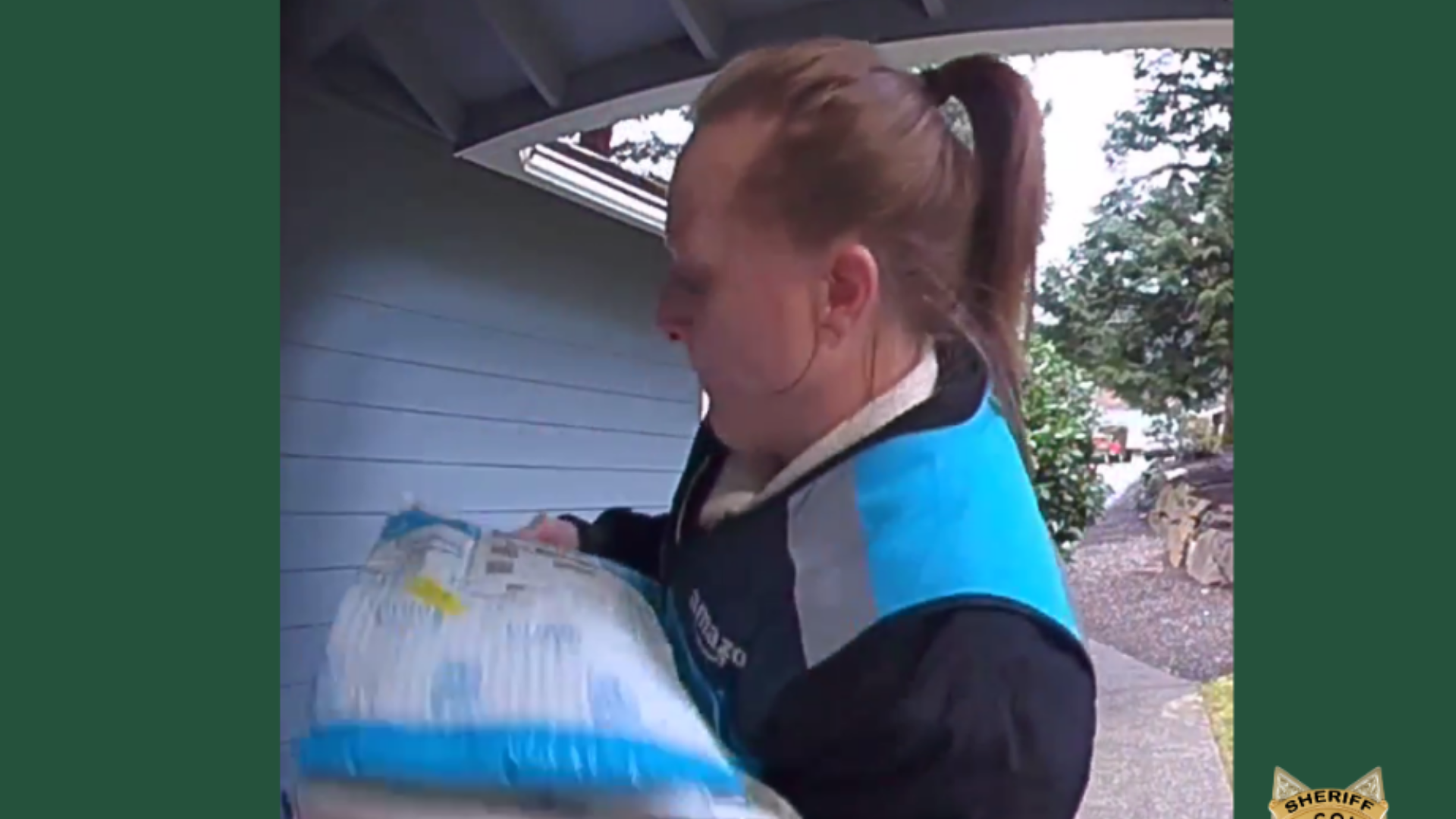 WOODINVILLE, Wash. — The King County Sheriff's Office is asking for the public's assistance in identifying a woman posing as an Amazon delivery person to steal packages from porches in Woodinville.

The woman seen on doorbell surveillance cameras is wearing what appears to be an Amazon vest. She approaches the home with a package in hand, likely a decoy, and then walks away with the other packages left on the porch.

Police were delayed in getting the first report because the homeowner thought her package was picked up by an actual Amazon employee. When she called Amazon, she was able to confirm that the person at her porch was not an employee. The homeowner called 911.

The suspect does not rush or runs off, but is comfortable taking her time. It appears that the suspect has someone else drive for her, as she enters and exits the vehicle on the passenger side.

Both thefts occurred on Saturday, Dec. 14. One was on NE 195th Street and the other was on 198th Street in Woodinville.

Here are some things you can do to protect yourself from a package thief:

“We are investigating this incident and working with law enforcement to identify the suspect," Amazon said in a statement.

RELATED: What you can do to protect yourself from porch pirates, scams this holiday season

RELATED: 'I filled up a box full of dog poop': Portland porch pirate gets a stinky surprise