Amazon and police team up to catch porch pirates in Covington 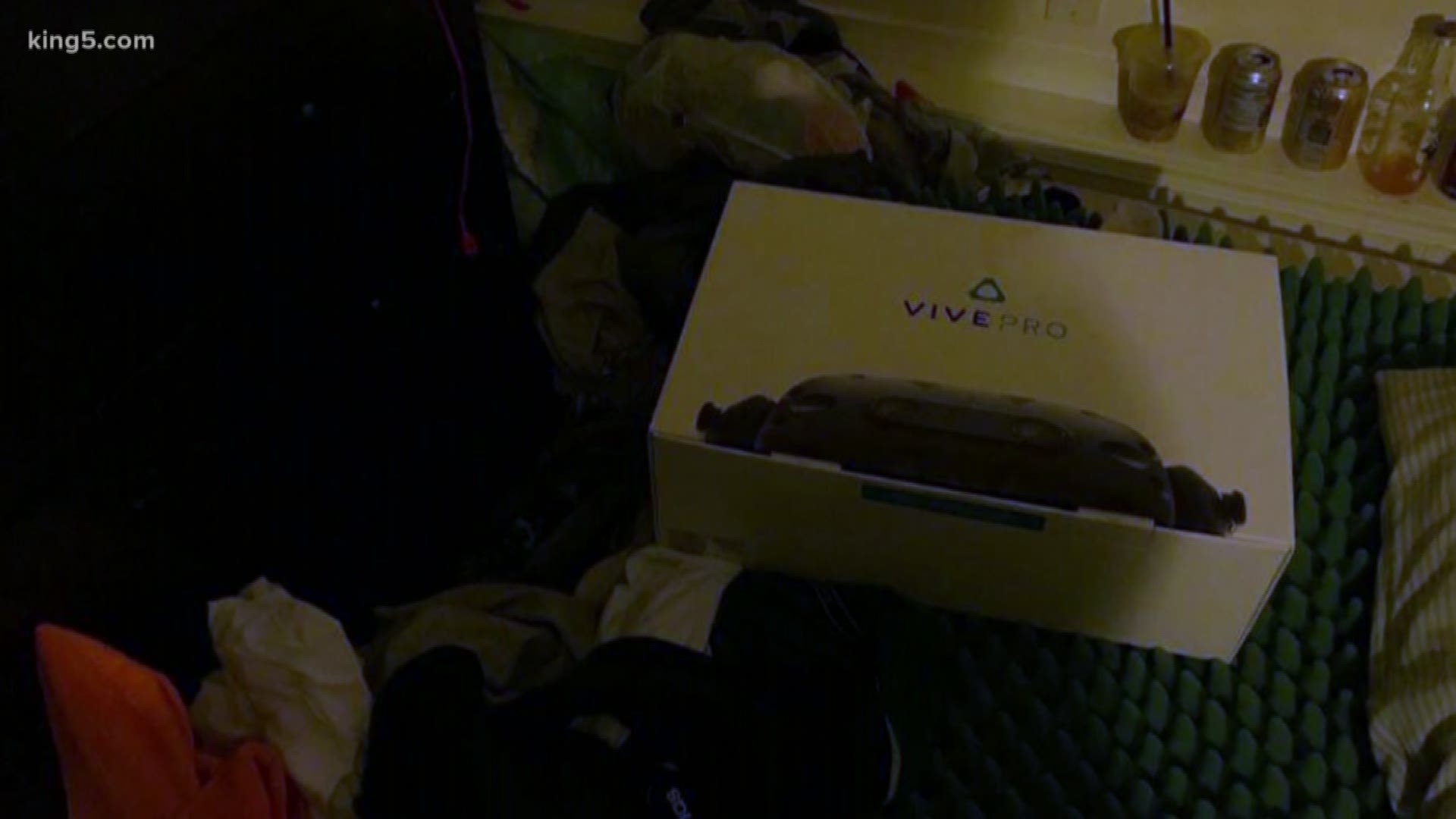 COVINGTON, Washington — Several porch pirates were arrested in Covington after a mail theft sting operation last week. The United States Postal Inspector Service, the King County Sheriff’s Office, and the Covington Police Department teamed up with Amazon for the operation.

With the consent of homeowners, Amazon provided expensive packages with a tracking device inside that were placed on several residents from porches. The bait packages contained Vive virtual reality headsets valued over $1,300.

Once stolen from the porches, postal inspectors were able to track the packages and called the police.

The King County Sheriff’s Office said one package led them to a nearby home where they made an arrest. Another package was tracked to a white Cadillac where a man and a woman were inside.

“Not only did he steal a package, they had about 300 pieces of mail that they had stolen from other people as well,” King County Sheriff’s Office Sgt. Ryan Abbott said.

Multiple suspects were arrested in the operation and booked on investigation of felony theft charges. Postal inspectors plan to do more of these sting operations in the future.

An estimated 23 million Americans have had a package stolen by porch pirates across the nation and police make arrests in less than 10% of reported theft cases.

With online shopping growing and the holiday season coming up, take steps to protect your packages: