Warning signs must be posted outside King County gun shops, board decides

Signs warning of the risks associated with firearms must be posted outside all gun shops in King County, following a decision by the county's Board of Health 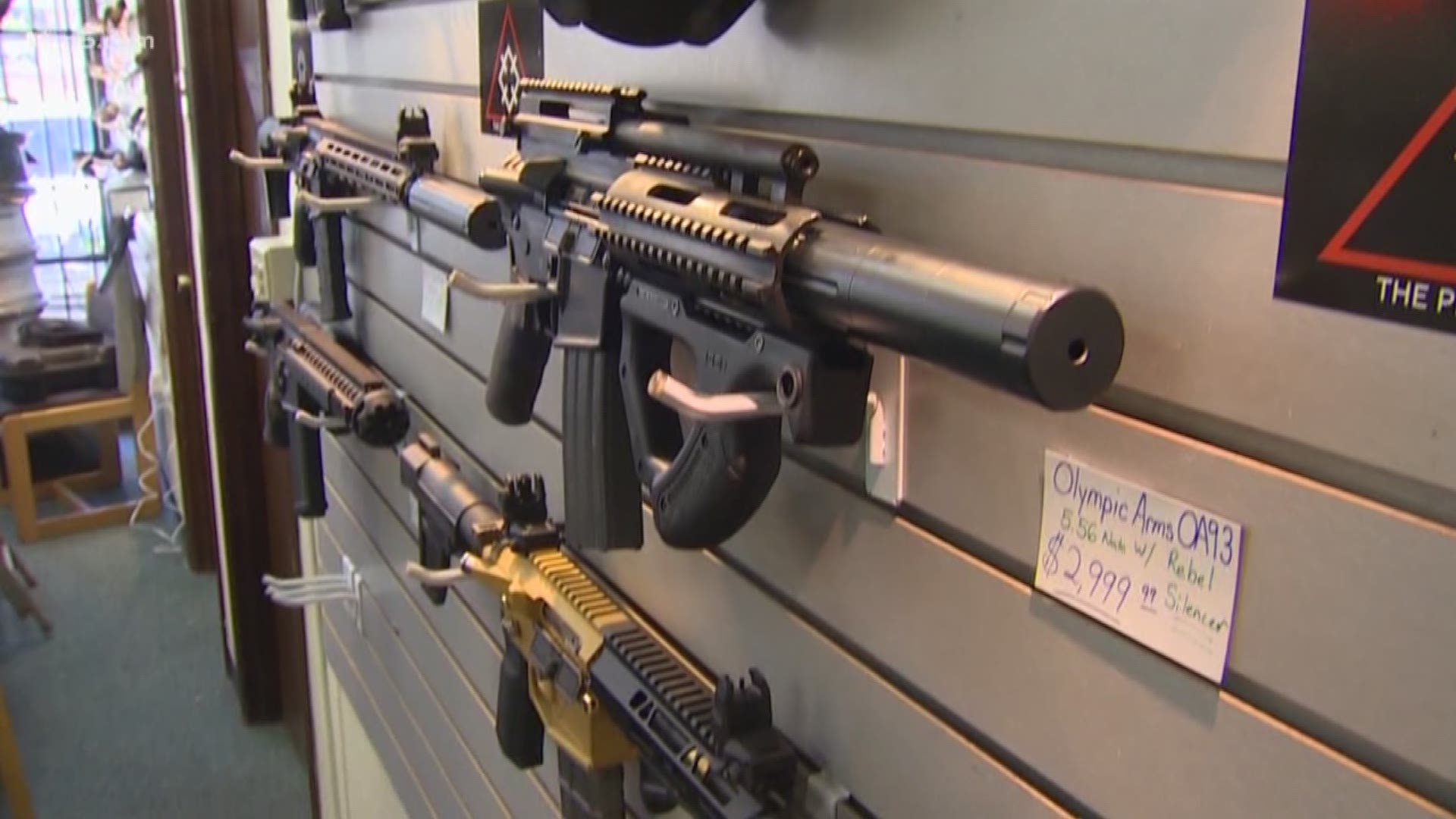 What is believed to be the West Coast's first law requiring stores selling firearms to post warning signs at entrances and registers received unanimous approval from the King County Board of Health.

The rule will go into effect for all 39 municipalities and unincorporated areas within the county 30 days after being sign by the chair of the Board of Health.

Signs posted at gun shops will warn of the increased risk of suicide, fatal acts of domestic violence, and unintentional deaths to children in homes where a gun is present. Warnings will also be posted at firing ranges.

Diana Pinto, of Pinto’s Guns in Renton, acknowledges, “When you look at the statistics, the majority of firearm-related deaths are suicide. So we need to address that and figure out why.”

However, she feels the Health Board’s edict is over the top. “They make it sound simply having a gun would make you more likely to be domestically violent. I don't think that's the case," Pinto said.

The Alliance for Gun Responsibility, which backed I-1639, argues the sign is a good idea. Executive Director Renee Hopkins said, “We know from data and research that semi-automatic rifles cause incredible damage especially in mass shooting situations.”

Hopkins also shrugged off any concerns about a legal challenge delaying implementation. “We knew this was coming,” she said. “We’ll just continue to keep fighting for what we know Washingtonians want.”

The idea was first pitched over the summer as part of a larger firearms package introduced by King County councilmembers Joe McDermott and Jeanne Kohl-Welles. The package also included the requirement of gun owners to securely store all firearms, authorized a youth-led report on reducing gun violence, a requirement for the sheriff's office to destroy all forfeited weapons, and the formation of a task force to identify additional strategies to prevent gun violence.

“We need to be open and honest about the harm that guns can cause. This means acknowledging there is risk in owning a gun, often for the people who live in the home that gun is intended to protect,” McDermott said. “The goal of this law is to ensure people are aware of the risk and those who may find themselves in a crisis can quickly find help they need, so that it doesn’t end in harm and tragedy for themselves or others.”

The requirement for gun shops to post signs warning of the risk of firearms was approved by the board the same day the National Rifle Association and the Second Amendment Foundation filed a lawsuit challenging Initiative 1639, which was recently approved by voters. The initiative raises the purchase age to 21 for semi-automatic rifles, creates enhanced background checks for rifles to be in line with the checks for handguns in the state, and creates new standards for secure storage. The initiative also authorizes the state to require gun sellers to add $25 to sales of semi-automatic rifles to pay for new regulations. 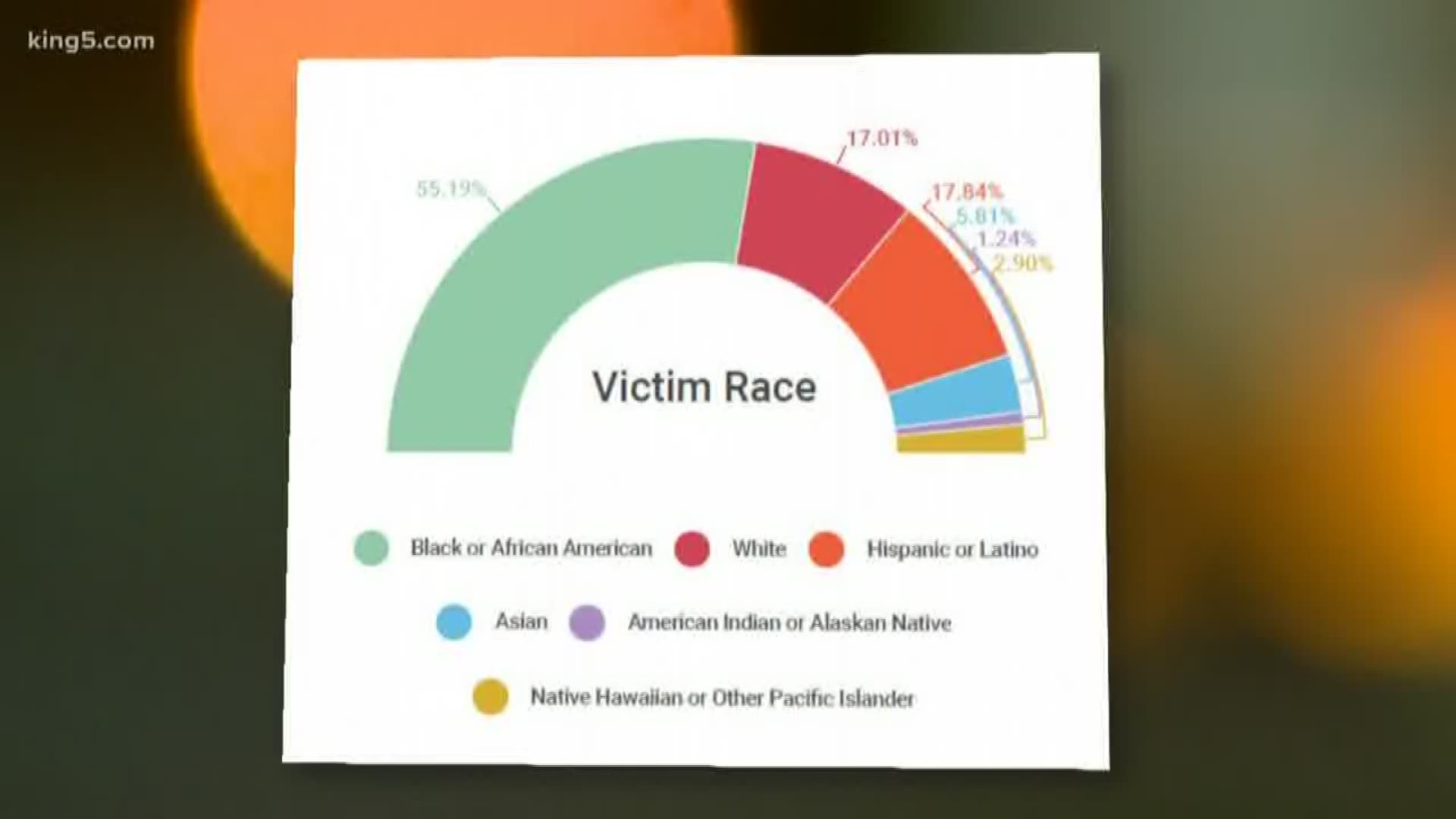