All evacuations lifted in Mason County after brush fire is contained

Crews are working to protect homes in Union while also containing the fire. 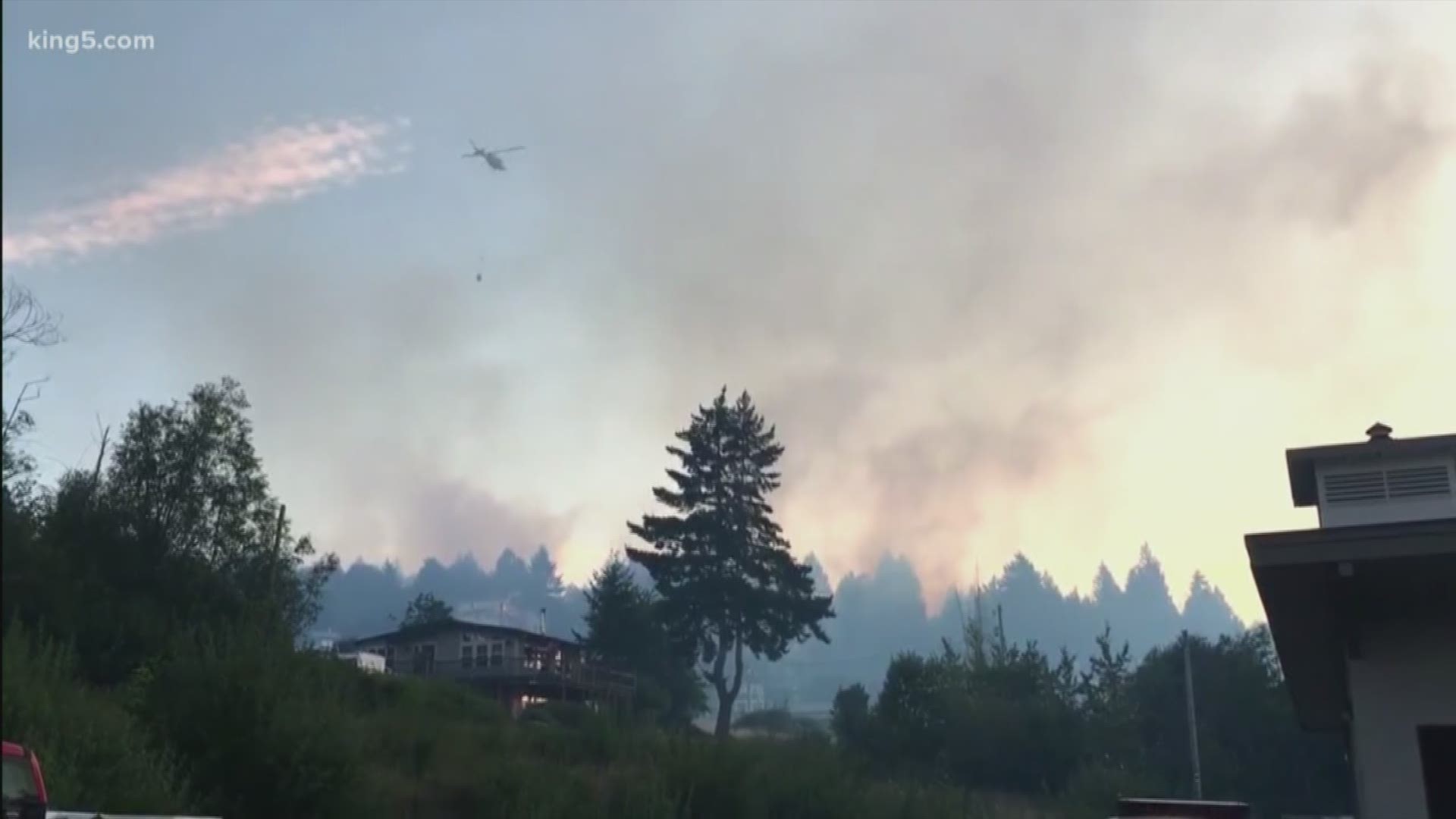 Evacuations prompted by a brush fire in Mason County have been lifted.

The Union Bank Fire that moved uphill from Highway 106 in Union is now 100% contained, according to officials.

The fire is estimated to be five to seven acres. DNR crews will remain on scene for the next few days to clean up and monitor the fire.

The Union Bank Fire forced evacuations on the following streets until Friday morning:

About 40 people were displaced by the Union Bank Fire.

Evacuations were lifted just after 9 a.m. on Friday, according to the Mason County Sheriff's Office. Residents are still asked to be vigilant and ready for a change.

The Red Cross was sent to the Alderbrook Club House and the New Community Church of Union to help with disaster assistance for those impacted by the fire. 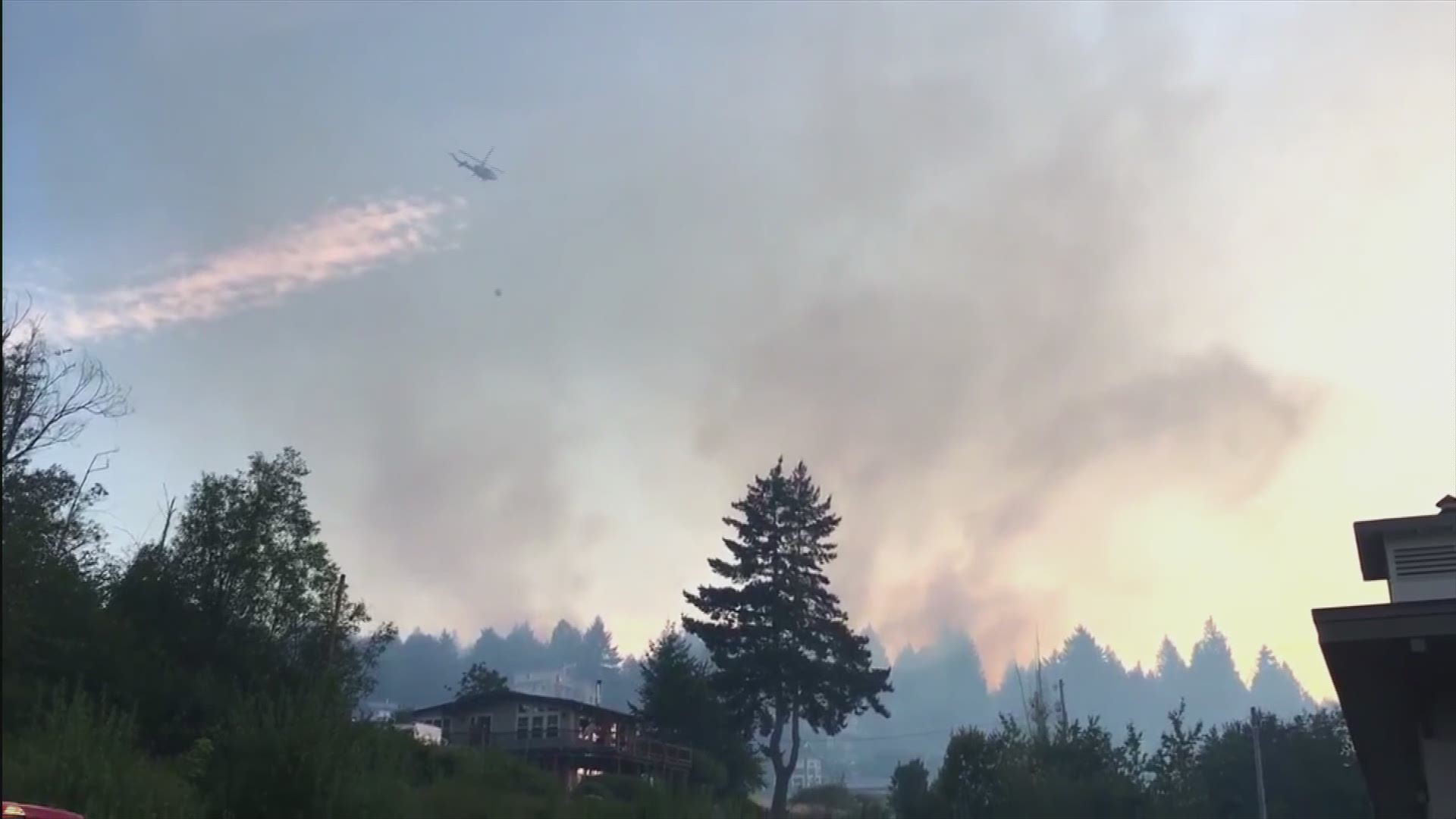