Lynnwood's Alderwood Mall is thriving while other shopping malls flounder

As malls across the country are closing, Alderwood Mall keeps growing. 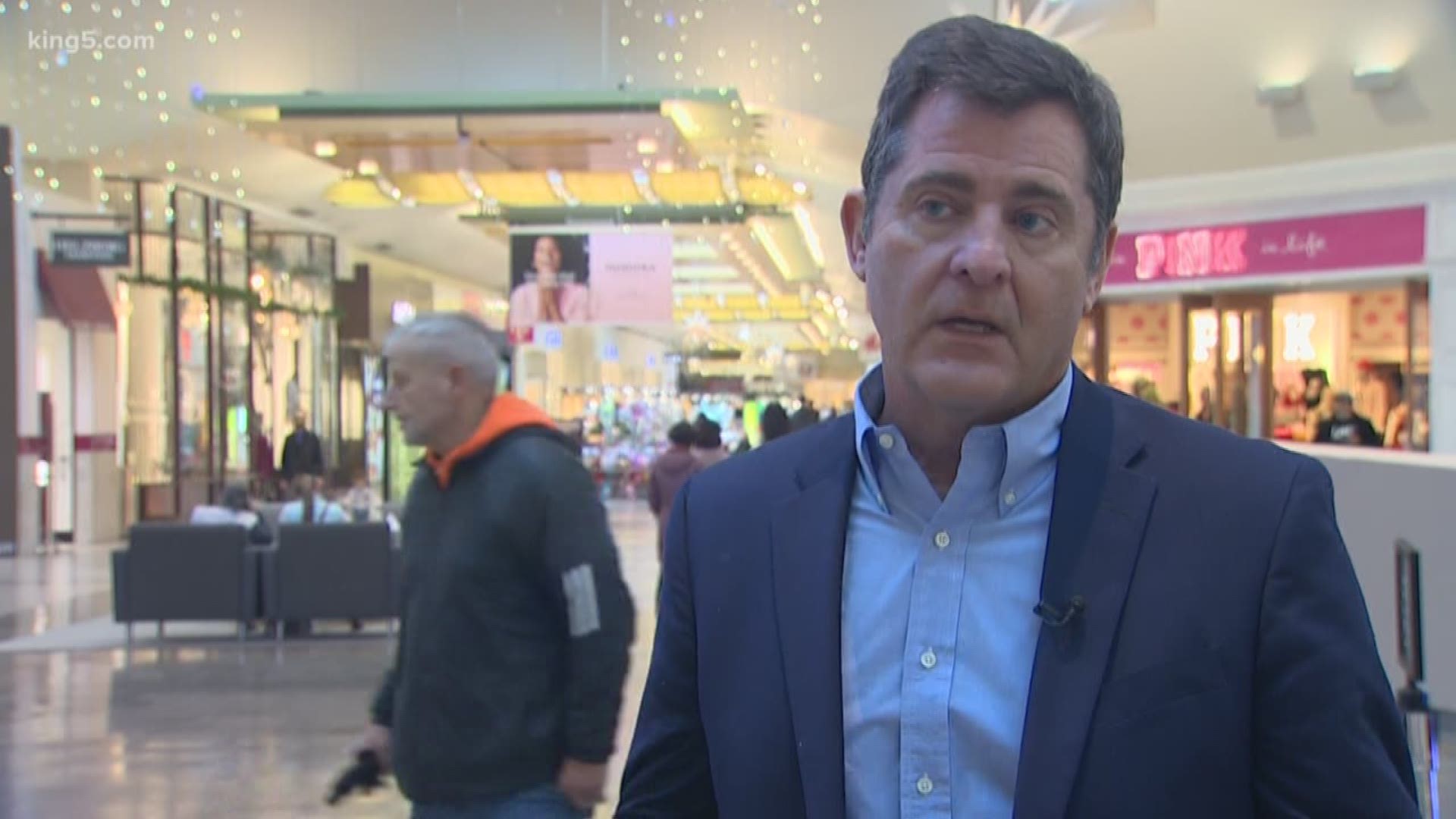 LYNNWOOD, Wash. — To survive as an American mall these days, old school department stores and Cinnabon no longer cut it.

"It can't just be about shopping anymore," said Alderwood Mall Senior General Manager Jerry Irwin. "It has to be about dining. It's got to be about entertaining."

Now in its 40th year, Lynnwood's Alderwood Mall appears to be in its prime.

A few years ago, the mall built an upscale outdoor shopping village that proved to be a big hit and attracted new customers.

Even when the old Sears store went out of business earlier this year and was torn down, plans were immediately made to add 100,000 square feet of additional retail and 350 apartments.

Irwin says this is the future.

One of therm is Seattle's Northgate Mall. That closure is expected to push shoppers north to Lynnwood.

By 2024, they'll be able to get there via light rail from downtown Seattle in just 28 minutes.

In fact, light rail construction is already changing the face of the mall and its surroundings.

Additional apartments and retail are being built all around in anticipation of the trains.

Light rail is already having a heavy impact.

The mall employs about 1,000 people and is a major economic engine for Snohomish County.

Irwin says this year's holiday sales have already been very good. He foresees a holiday shopping spirit that could last year-round.

"We're in great shape," he says. "The future's gonna be really bright."