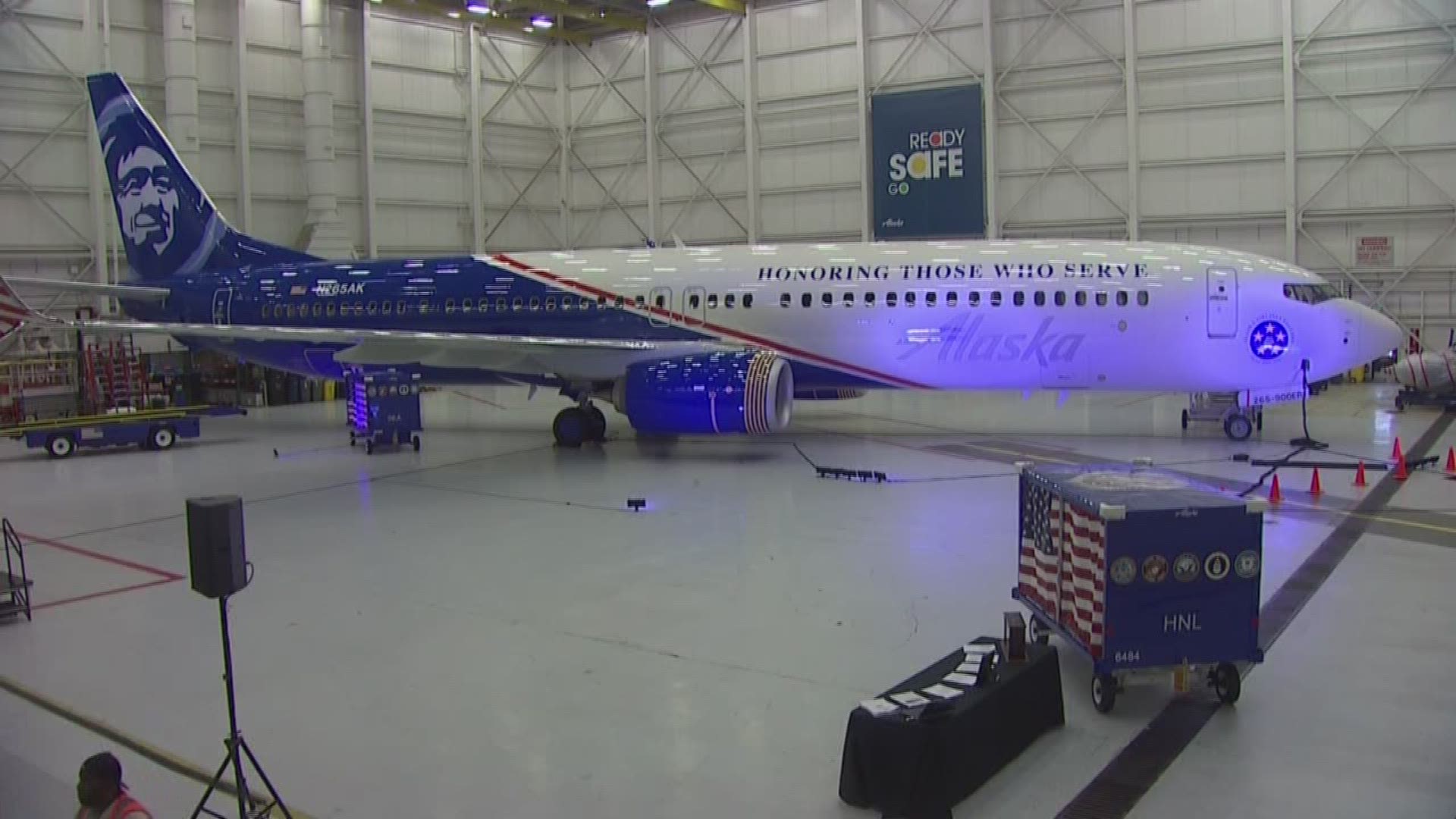 Alaska Airlines unveiled its new aircraft on Wednesday with a special patriotic theme.

The Boeing 737-900ER features a paint theme called "Honoring Those Who Serve." It was the work of a small group of Alaska maintenance technicians who initially wrote their ideas down on a napkin.

In a news release, Alaska said the plane is "dedicated to the brave men and women of the U.S. military, as well as veterans of the armed forces and their families."

Key elements of the plane's design include:

The special plane was created in partnership with Boeing.

The new "Honoring Those Who Serve" plane enters service on Friday.

In the days leading up to Veterans Day, Alaska plans to fly to cities near military bases, including Anchorage, Fairbanks, San Diego, and Washington D.C.

Alaska Airlines and Boeing shared this video of the plane getting its paint job: 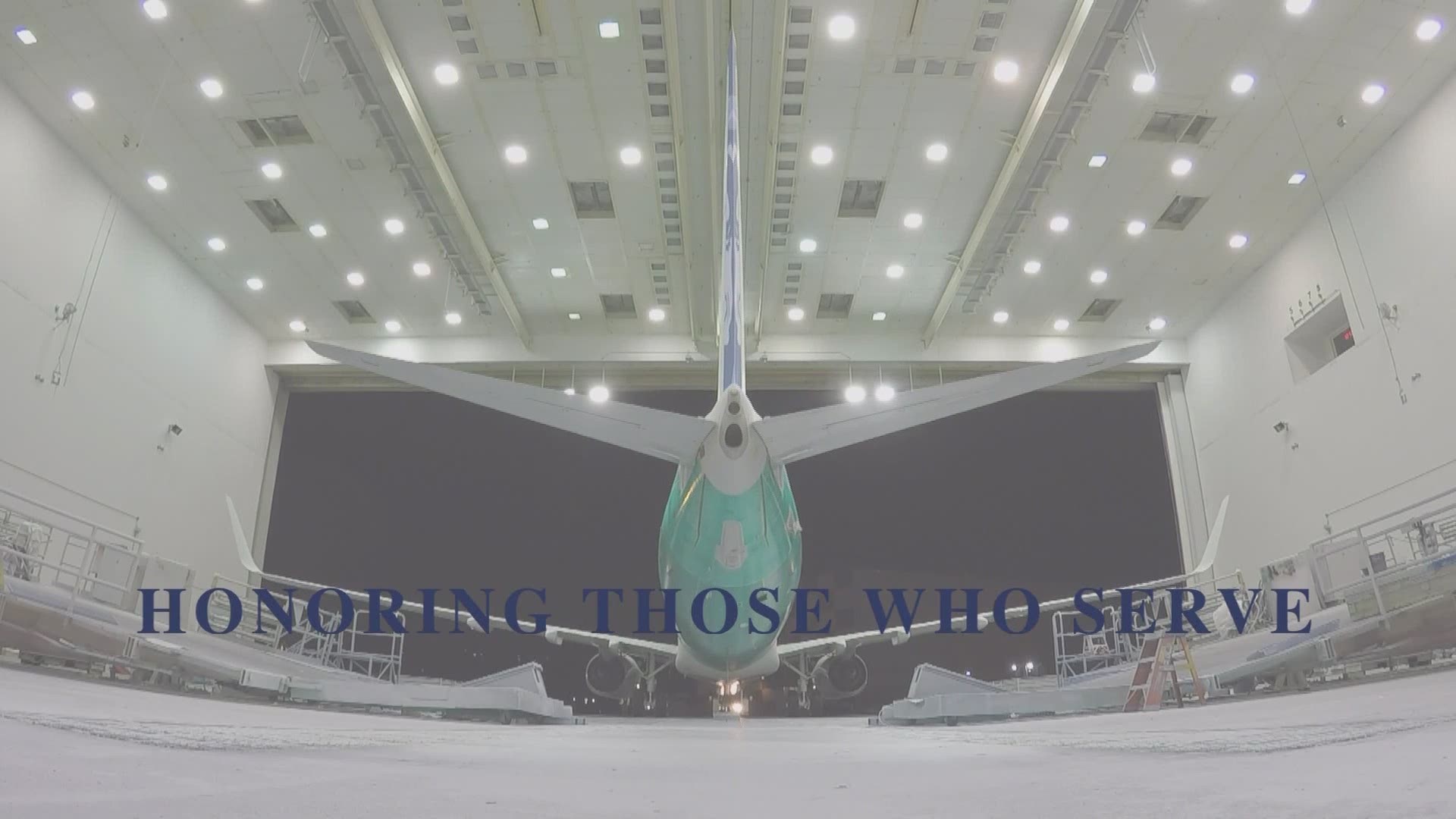