Alaska Airlines could suspend passengers who refuse to wear a mask

The Seattle-based carrier said that passengers who refuse to wear masks or face coverings could be barred from future flights. 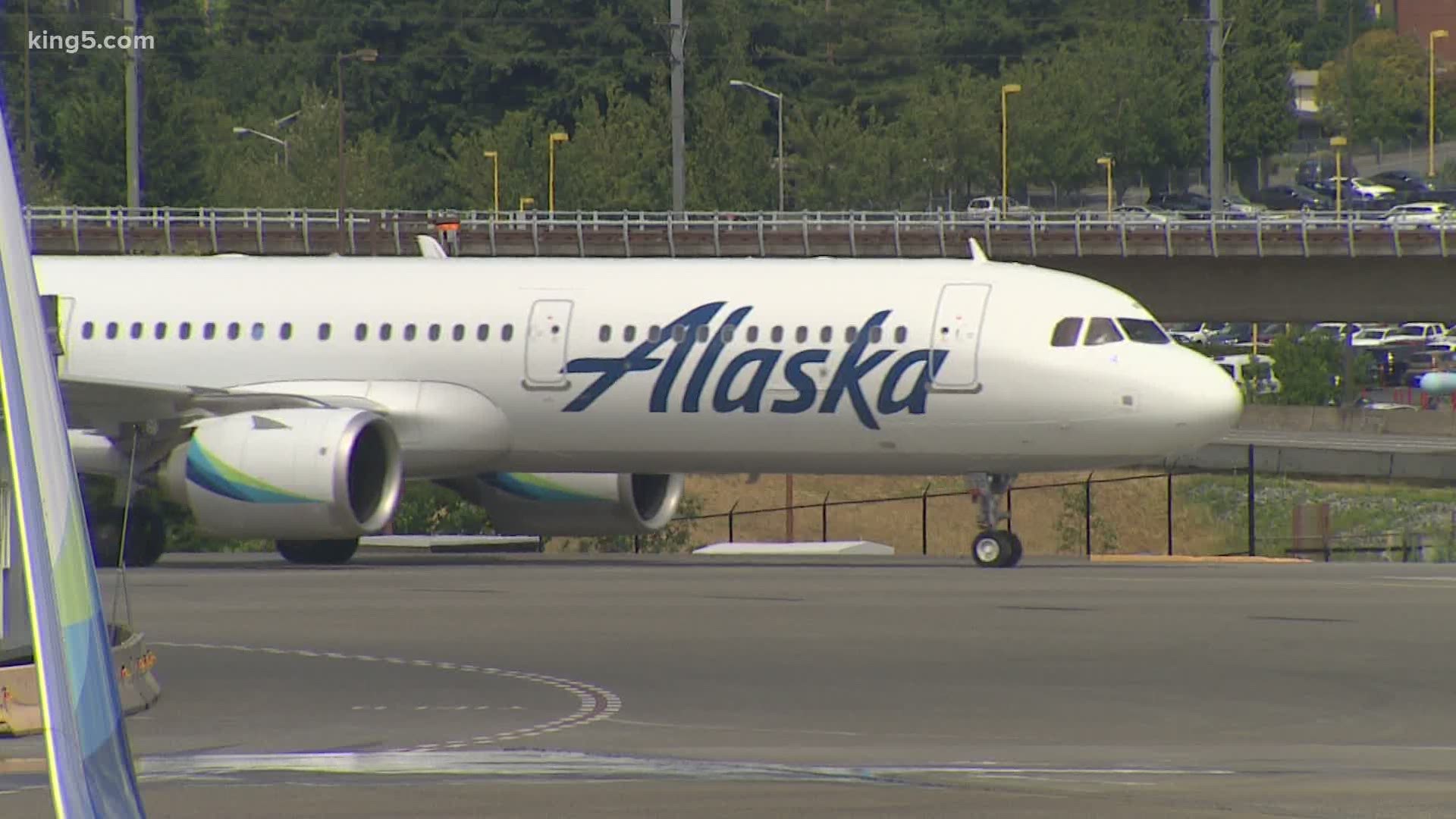 Under the new rule, passengers who ignore multiple warnings from flight attendants could be barred from future travel on Alaska for an unspecified amount of time. The new rule starts in early July.

Face coverings will be available for passengers who did not bring their own, the airline said.

Masks are thought to slow the spread of the novel coronavirus that causes the respiratory disease COVID-19. The U.S. major airlines have said that they would require the use of masks on flights. Additionally, many states, including Washington, have started requiring masks in public.

According to Alaska Airlines, passengers who do not comply with a flight attendant's request to put on a face-covering will receive a yellow card as a "final notice" before a report is filed.

The airline said it implemented the new rule to avoid tension and anxiety for passengers who have face coverings.

"That would be a decision we do not take lightly. By working together, we do more for the common good," the airline said in its announcement.

Exceptions to the mask rule include children under age 2, anyone with a medical issue that creates trouble breathing, anyone who cannot remove a mask without assistance; or anyone with a disability that prevents wearing a mask.

Other safety steps that Alaska Airlines is taking to slow the spread of coronavirus include blocking certain seats to enable physical distancing, disinfecting planes between flights and limiting food and beverage service.

The airline also had previously announced a pre-flight questionnaire and a "wellness agreement" as part of the check-in process at airport kiosks, on the app and on the carrier's website.

The questionnaire will ask travelers if they're experiencing flu-like symptoms and whether they've been in close contact with anyone with respiratory illness. If they have, they would be subject to additional screening and could be required to book another flight, the carrier said.

Previous reporting by TEGNA was incorporated in this story.

RELATED: How risky is flying during the coronavirus pandemic?