Al Franken performed his comedy show at the Paramount Friday evening despite some calls to cancel after another woman came forward accusing Franken of groping her. 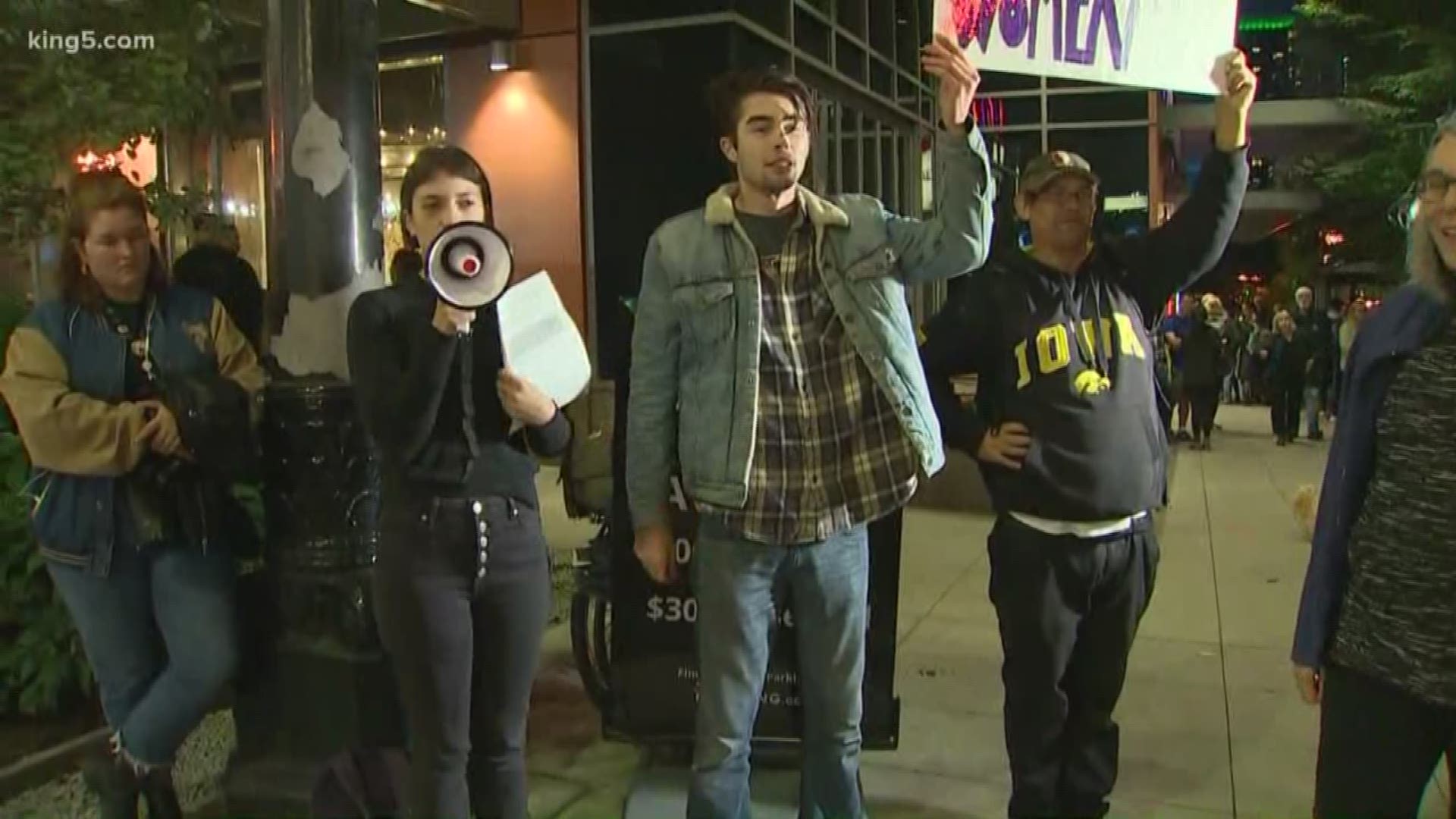 SEATTLE — Former U.S. Senator Al Franken’s comedy and talk show went on in Seattle Friday evening, despite some calls to cancel it after another woman came forward accusing Franken of groping her.

“We’re seeing a lot of men who have been accused of violence having these weird comeback tours where they think that what they’ve done can be erased,” said Kathryn Karcher, a UW student who led a small protest outside the Paramount Theater, where Franken performed.

According to a report published in New York magazine this week, a former staff member of Washington Senator Patty Murray accused Franken of groping her at a 2006 event in Seattle. The magazine reports that’s the 9th allegation against Franken.

Franken told the magazine, “Two years ago, I would have sworn that I’d never done anything to make anyone feel uncomfortable, but it’s clear that I must have been doing something. As I’ve said before, I feel terrible that anyone came away from an interaction with me feeling bad.”

Many of Franken’s supporters, who lined up outside the theater, felt he had been unfairly targeted by the #MeToo movement.

“I think it’s kind of character assassination to go after him for this,” said Tamara Broadhead.

“When they pick someone like Al Franken as the poster child for #MeToo, I’m thinking, there are so many people to go after, and he’s paid a big price for it,” said Scott Daggatt.

“He was a comedian by profession and he probably fooled around a lot like a lot of men his age, and women could’ve taken offense at it, and men know better now than they did then, but I’m a fan of Al Franken,” said Eileen Jones.

RELATED: Senator Al Franken announces his resignation: 'I am not giving up my voice'

Franken formally resigned from office in 2018, after more than half a dozen women alleged that he touched them improperly or made unwanted sexual advances.