Nanodropper is a cost-saving solution that reduces the volume of an eye drop by more than 60%. 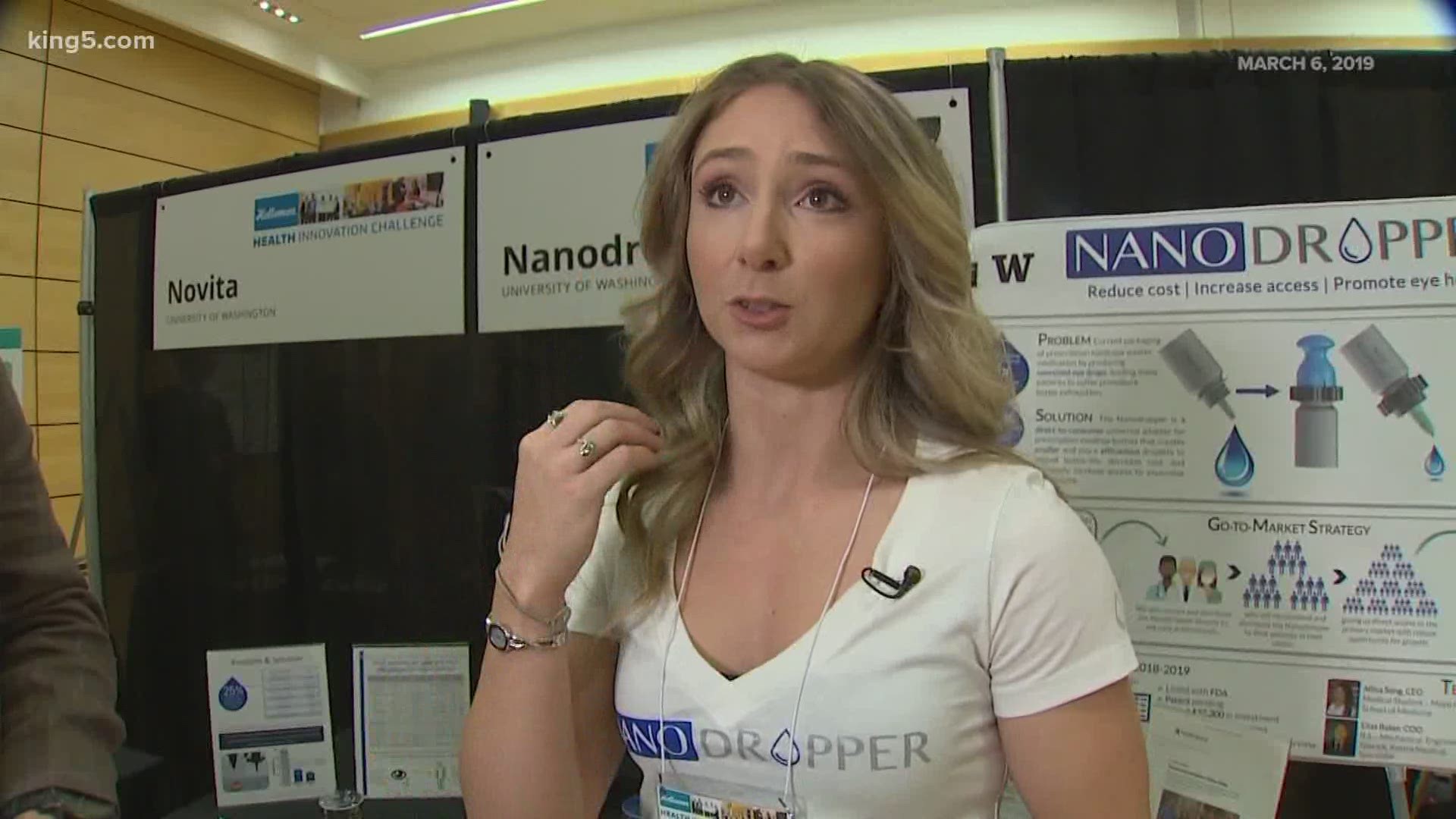 SEATTLE — In the last week, Seattle-based scientists and entrepreneurs received $500,000 funding from the U.S. Air Force for their product Nanodropper.

Nanodropper is a cost-saving solution created by some innovators out of the University of Washington and Seattle University. The product is an adapter for the typical eyedrop bottle, which reduces the volume of a drop by more than 60%.

This means that those who rely on eye drops can save hundreds annually by using less product.

“Those drops can be $500 a bottle and you’re paying for all of the excess dripping down your face," said co-founder and chief scientific officer Dr. Jennifer Steger.

Steger said the Nanodropper also addresses serious potential side effects associated with having too much eye drop medication in your eyes.

The Nanodropper team started working on the idea in January of 2018 and showcased the working design at the UW Innovation Challenge last spring, which they won.

A year later, they are in business with FDA approval. Just as Nanodropper started shipping in June, they received word about a potential investment from the Air Force, which officially went through this week.

“This gives us the funding to adapt our solution to meet the needs of Air Force personnel and I can’t think of anything more validating," Steger said.