An affordable housing complex for LGBTQ seniors in Seattle's Capitol Hill neighborhood will be a first for Washington state. 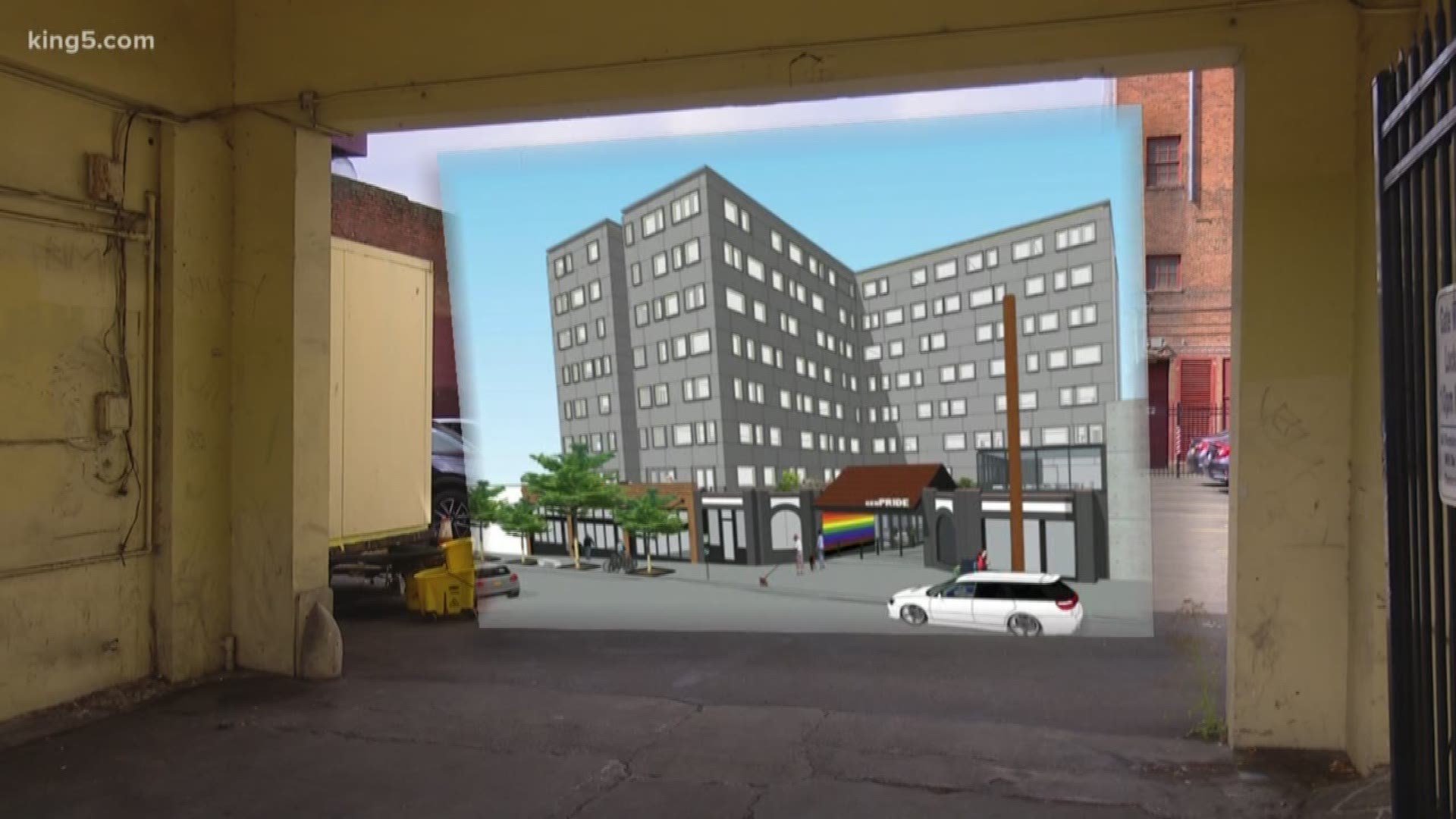 The non-profit Generations Aging with Pride is pioneering the project along with Capitol Hill Housing.

"Many of us who came here in the 70s and 80s really found a sense of belonging here,” said Steven Knipp, Executive Director of Generations Aging with Pride (GAP).

The building will be constructed at what is currently 1519 Broadway, between Pike and Pine streets. The front of the property includes a historic piece of architecture.

“I see this empty spot and the building that will be torn down and I think how cool this is going to be to see this transformed into what will be the first of its kind,” said Knipp.

The building will hold more than 100 apartment units. The units will be studios and one-bedrooms. The building will also have community space on its first floor and serve as headquarters for GAP Seattle.

“When you really think of it, community is where you have something in common with other people,” said Tom Bigelow. He is 86-years-old and has been a Capitol Hill resident for 27 years.

Bigelow believes the development will send a message.

“Having a center like that sort of celebrates our existence and shows that we are part of the community,” said Bigelow.

He said many LGBTQ seniors never had children and as they get older, they have nowhere to go.

“It's so important to have people who not only see you, but they understand you,” said Bigelow.

Knipp said the building plans to break ground in 2020 with completion in 2022.

“Putting our mark on a project right in the center of Capitol Hill is kind of a symbol that we are still here,” said Knipp.