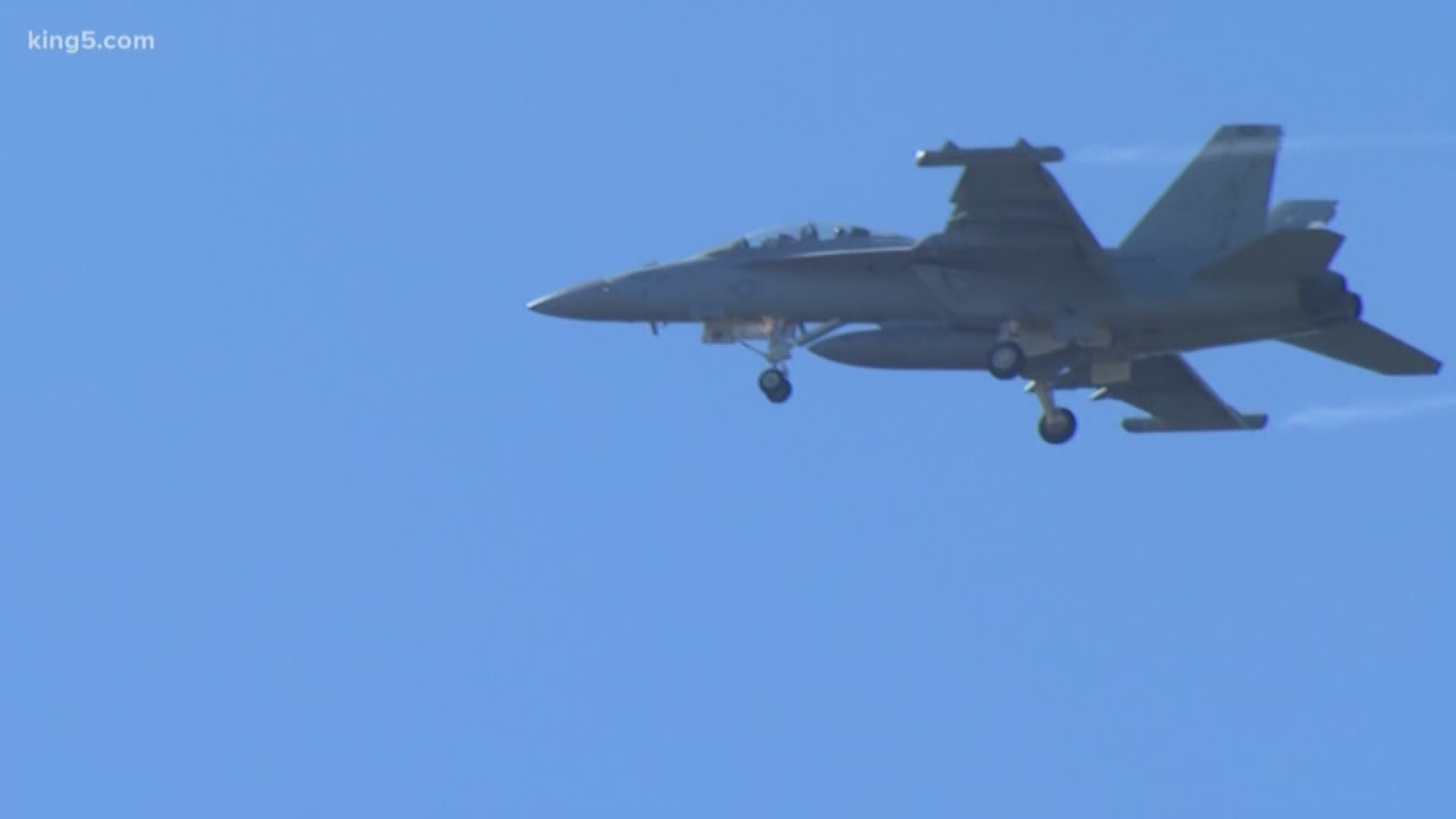 It’s considered one of the quietest places in America. Olympic National Park is 1,400-square miles of pristine wildland surrounded by silence.

But noise is increasingly encroaching on this Northwest gem in the form of Navy jets.

“This is an incredibly beautiful place,” said photographer Dave Youngberg.

He uses his camera to capture the iconic visuals of the park. It’s some of the sounds he could do without.

“It’s just like flies buzzing around you all the time,” he said. “It’s annoying.”

He’s talking about noise from Navy jets flying out of the Whidbey Island Naval Air Station.

As he walks the trails, Youngberg records the volume on a noise meter. The loudest so far registers at 67.9 decibels.

That’s hardly an earsplitting level, but it stands out compared to the chirping birds and babbling brooks that surround it.

“The jets are an intrusion,” said Youngberg. “They don’t belong here. It’s like a car alarm. It may be useful but this isn’t the place for it.”

The Navy has flown jets over the Olympic Peninsula since World War II. That number has steadily increased over the years, and the Navy now wants to increase the number of trips over the park from 2,300 per year to 2,600.

The planes themselves, called Growlers, are some of the loudest in the sky.

The Navy said the terrain over the Olympic Peninsula is well suited for its training missions.

A spokesman said, “Effective training is critical for US military success in hostile environments, and can often be the difference between life and death for America's service members. The Olympic Military Operations Area is one of the Navy's most important training areas on the West Coast. Taking away or constricting existing training areas that limit realism will reduce our military's readiness.”

But some wonder, at what cost?

A mother from Tennessee stopped on the Hoh Rainforest trail to talk with Rob Smith, Northwest Regional Director of the National Parks Conservation Association.

“I’m a mom of five kids and a teacher,” she said. “Sound is everywhere. I can’t escape from sound. I'm geeking out here because of how quiet it is!”

“We can’t lose this,” said Smith. “There are too many places you can hear noise. This is one of the places where you don’t hear it.”

Smith points out the park is a “World Heritage Site,” deserving of special protections. He adds, 3 million people bring about $300 million every year to the local economy as they seek to escape their noisy lives.

Smith’s group asked the Navy to spread the jets to other parts of the West.

The Navy said moving the training would cost millions and it’s doing all it can to keep the noise as low as possible by using more flight simulators.

The Navy will accept public comment on its latest supplemental Environmental Impact Statement until June 12th.