Typically, the Edmonds Chamber of Commerce would start planning for the Fourth of July celebration six months out. This year, it only has one month. 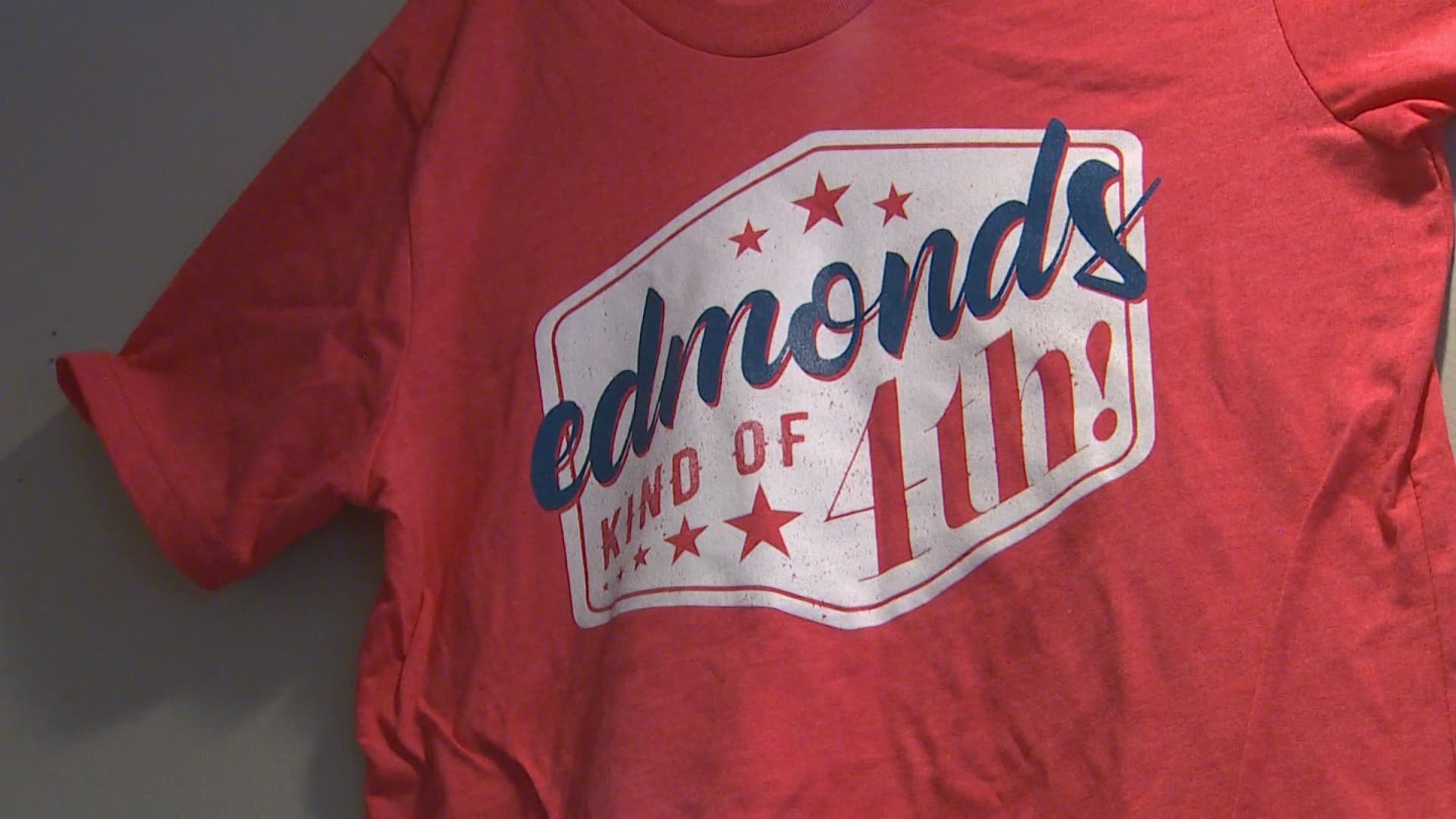 EDMONDS, Wash. — After a year of canceled events, the Edmonds Chamber of Commerce announced on June 1 it is moving forward with plans for "An Edmonds Kind of 4th," its Fourth of July celebration.

“Over the last year, two of us actually were furloughed for six to eight months. So, we are working with reduced staff and an accelerated timeline, which makes it even more fun,” said Alicia Moreno, Edmonds Chamber of Commerce communications and program coordinator.

Events like An Edmonds Kind of 4th, Taste Edmonds and more draw thousands of visitors and, in turn, bring in revenue for the chamber and businesses in Edmonds.

A year of canceled events caused by the COVID-19 pandemic meant the future of the chamber was in jeopardy.

“There were times where we didn't know if the chamber was going to make it out of the pandemic. But again, thanks to our really generous community for stepping up and being part of the 'Edmonds Kind of Hero' campaign. [It] has really helped [make] it happen,” said Moreno.

The chamber’s focus is getting the Fourth of July celebration planned.

Typically, the Edmonds chamber would start planning for the Fourth of July six months out, but this year it only has one month.

“It's a big undertaking, but we've received so much support from the community over the last year to keep the Edmonds chamber afloat that we really feel it's our duty, and we want to try to get back to the community to provide these beloved events,” she said.

The event is not set in stone yet. Edmonds must hit certain goals on a tight timeline.

“We need to move out of Phase 3, as Gov. Inslee has proclaimed will happen on the 30th. Our city council, who we're working really close with, needs to still approve our contract to do the event. They're still figuring out liability and, you know, safety and logistics,” Moreno explained.

The chamber also needs more volunteers than in a typical year to make the event happen.

“Normally, we need about 125 volunteers to make these festivities happen. This year, we need over 175. In part, different city departments who usually bring their own volunteers in or hire summer staff are just not getting people applying for those jobs. Their volunteer crews are out of commission still due to the pandemic. So, it's on us to fill those spots with volunteers. We won't get our contracts, we won't be able to do the events if we don't get the volunteers,” Moreno said. “I'm excited that we get to try. Whatever happens, you know, we know that we gave it our best, that the city of Edmonds gave it their best to everyone. All the departments doing everything that they can to try to make it happen. So yeah, I'm excited that there's even the chance."

“An Edmonds Kind of 4th” will have a 5K run, parade and fireworks show.