College admissions are often a process kept behind closed doors, but the UW wants to be a transparent example of how a public university builds its class. 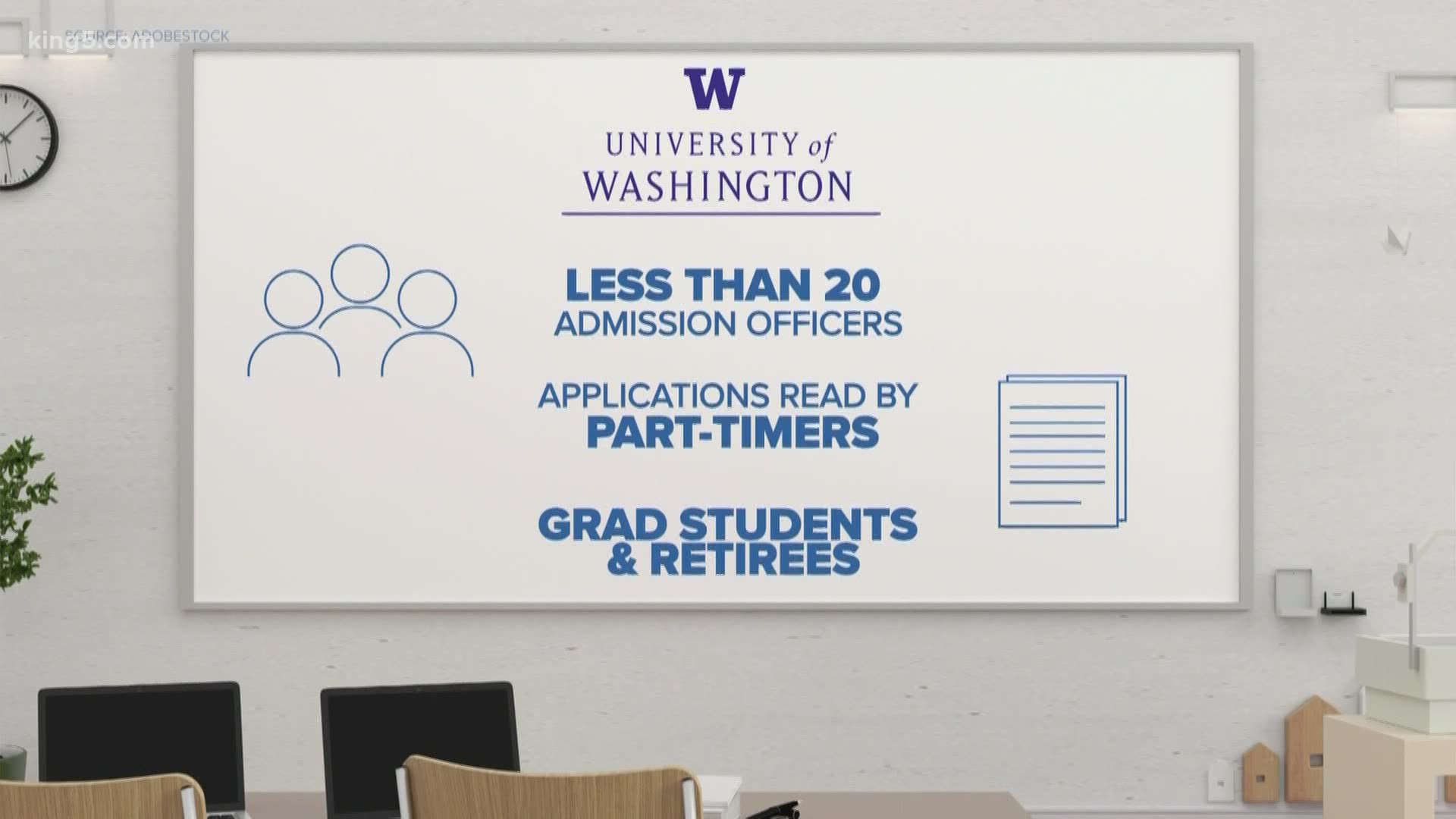 SEATTLE — It's the time of year when college applications are open and high school seniors are faced with the life-changing question: What am I going to do after graduation?

A new book, released by author Jeff Selingo, gives students and their parents an inside look at the process a student’s application goes through at different schools, including the University of Washington.

“The central thesis of the book is that college admissions is not about you, the applicant, but it’s mostly about a variety of institutional priorities that could differ from year-to-year,” said Selingo.

The book, titled Who Gets In and Why: A Year Inside College Admissions, studied the admissions process at three schools, private universities Emory College in Georgia and Davidson College in North Carolina and the public, University of Washington.

“I reached out to two-dozen colleges and universities, both public and private, two years ago and those were the only three that said yes,” said Selingo.

The University of Washington’s Director of Admissions Paul Seegert said the school allowed Selingo to observe its admissions process because the school wanted to be transparent and an example of how large, public institutions go through thousands of applications.

To build the class of 2023, UW needed to read 46,000 applications in a two and a half month window. In Who Gets In and Why, Selingo writes UW gives applicants three ratings for their personal qualities, academic qualities and an overall score.

"We try to enroll as many Washington students as we can. They’re our priority,” said Seegert.

This rating system is something Seegert said the school has used for 15 years, and he added UW has been a leader in holistic review.

Selingo writes that part of what makes applying for college so confusing is that every school uses its own system to build its class.

Schools are also being tasked with reading an increasing number of applications. The Pew Research Center looked at 1,364 four-year colleges and learned schools received a combined 10.2 million applications in 2017.

Experts say when there are more applications, applicants start to look alike.

“[Students are] taking the same classes. They’re basically involved in the same activities because that’s what’s available to high school students. So, your essay is a chance to put your voice out there, your personality, let them get to know you a little bit and you want them to like you,” said Laila Hilfinger, the owner of Medina College Counseling.

Hilfinger recommends her students apply to at least three schools: a safety, match and reach. She tells her students, many people don’t realize most schools accept two-thirds of the applicants.

“High school should not be all about being stressed out about where you’re going to college,” said Hilfinger. “The basics are, take your classes, do well in your classes, challenge yourself, explore electives. If there is anatomy, journalism, or environmental science…they should check those out,” said Hilfinger.

Selingo learned students who weren’t accepted to their first choice still found a school they could be proud of and writes, “In the end, [students] discovered that there is no such thing as a perfect fit.”

“Know that when we’re reviewing your application and other universities [are], we’re looking for reasons to admit you,” said Seegert. “Try as much as possible to not stress about the process,” said Seegert.

“[Colleges] want students and there’s a place for everybody, so chill out. It’s going to work out,” said Hilfinger.