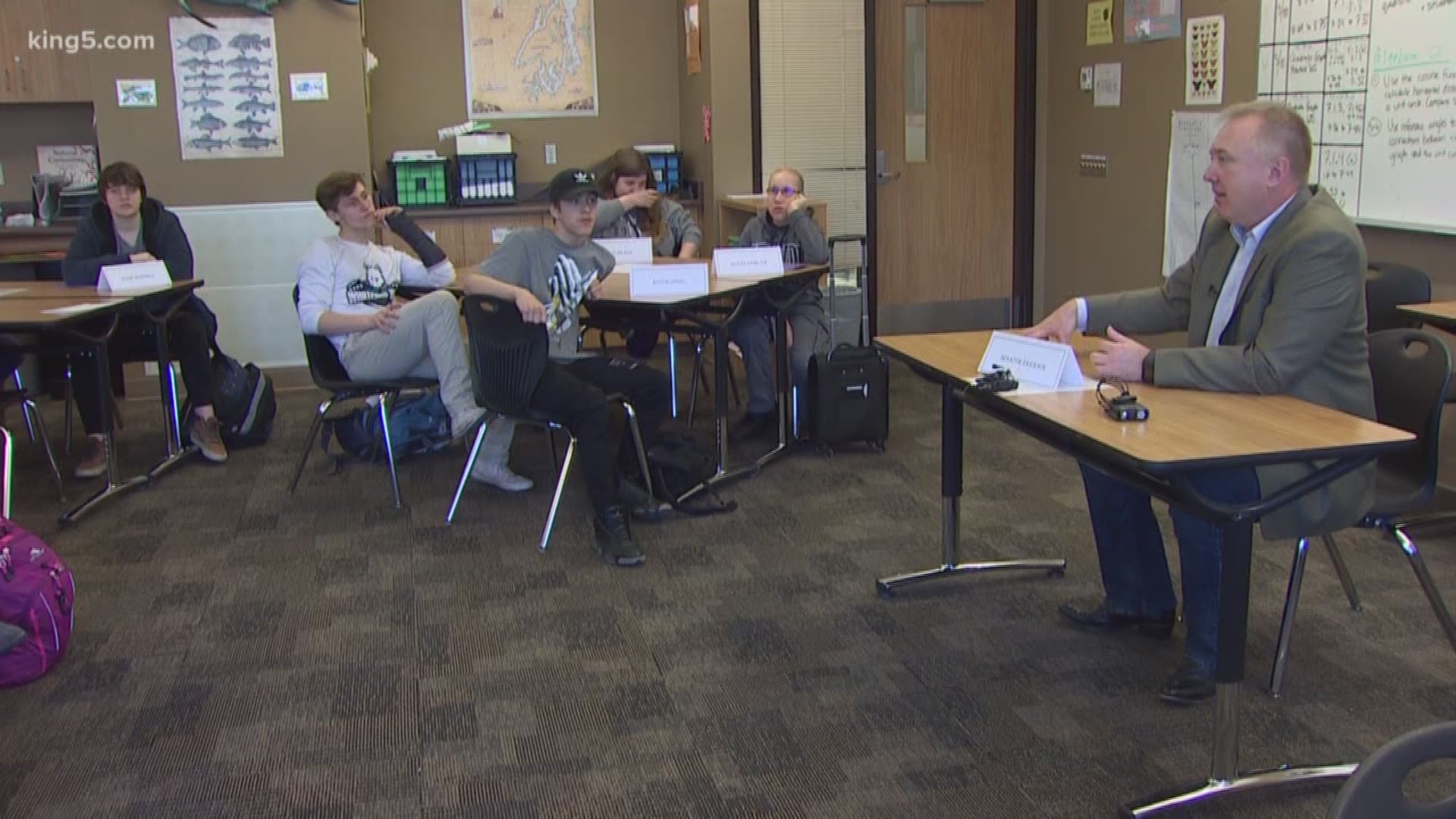 At Meridian High School you have to be buzzed through a locked door to get inside.

A sheriff's office sits just across the parking lot.

You can't get much safer than that.

Even so, fear still lingers.

"My biggest concern is that eventually there's gonna be a student here who has these signs and it's not going to be recognized in time, and it will be too late," said sophomore Emma Forbes.

About 20 teens talked about everything from mandating mental health counselors in schools to arming teachers.

"When we talk about arming teachers, we're not talking about forcing all teachers to carry a gun. They would volunteer and have training," said one student.

Unlike other high schools in the Bellingham area, students at Meridian have not demonstrated against gun violence.

Perhaps that's because guns are much more normal in Meridian's rural culture.

"Guns are fun. People like to use guns," said student Austin Loisel. "When you use them to kill somebody, it's the person, not the gun."

"You're much more likely to get killed texting and driving than you are in a school shooting," said Sen. Ericksen.

There were differences of opinion, however, specifically when it came to the idea of raising the age to buy a semi-automatic rifle in Washington from 18 to 21.

"People who have access to guns that are this young don't really realize how serious it is until they're in the situation where they're put in danger with it,' said Alex McCormick.

"If people are considered responsible enough at 16 to drive a car, I don't see why 18 is unreasonable to buy any kind of gun," countered another student. "You could just as easily drive a car through a crowd of people."

Ericksen, a Republican, has an "A" rating with the NRA.

The senator said he hopes to visit more high schools across his district in the weeks to come.