It was a big day at Husky Softball Stadium Sunday when a special player signed a letter of intent for UW Softball. 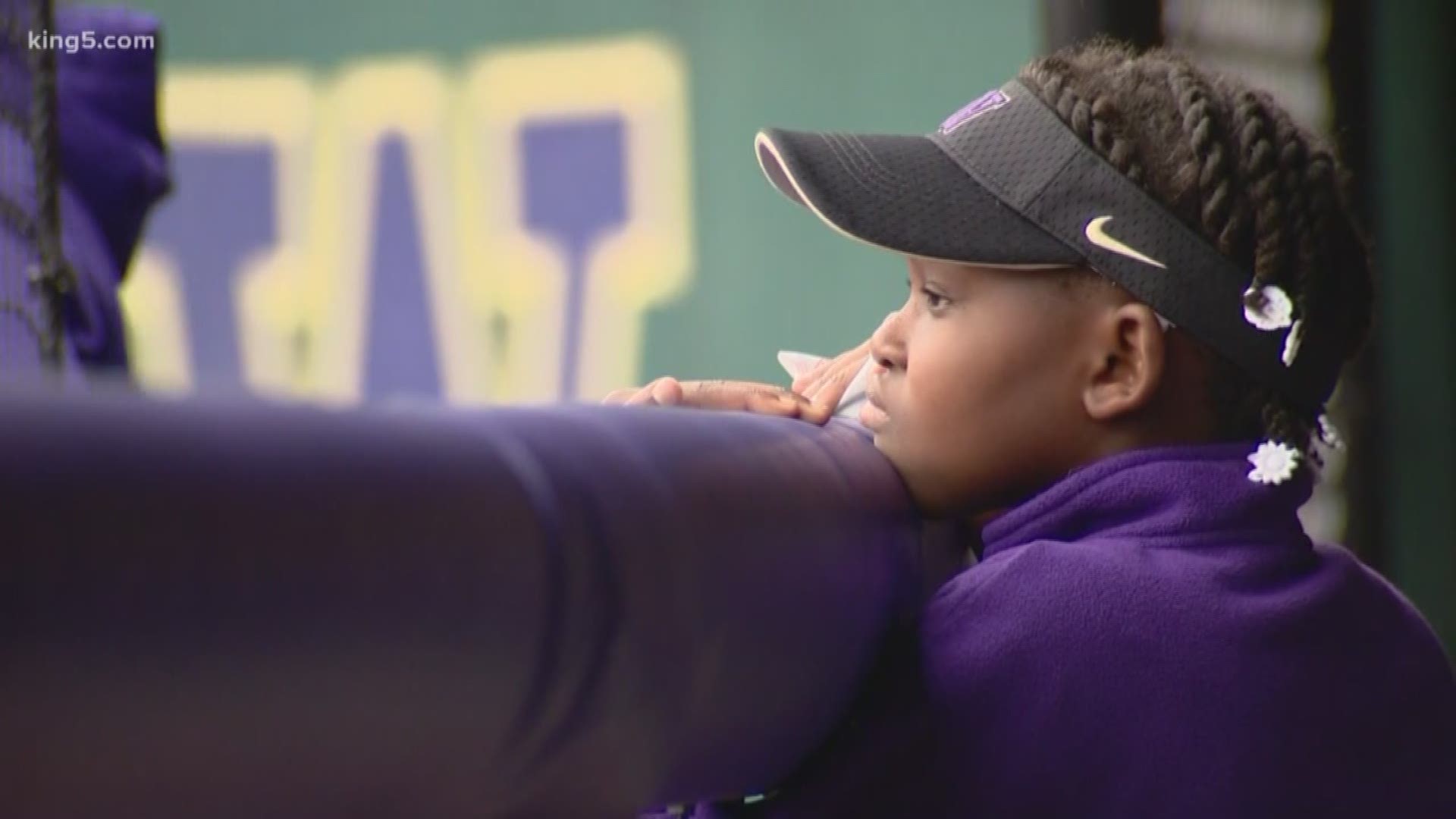 It was a big day at Husky Softball Stadium on Sunday when a special player signed a letter of intent for UW Softball.

With the help of the organization Team IMPACT, 9-year-old Sukie Spottswood became an honorary part of her favorite team.

"She loves being a part of such a great team," said her mother, Cat Spottswood.

Team IMPACT is a national organization that pairs children fighting illnesses with college teams to encourage and support them.

Sukie's fight is living with an immune disorder that requires necessary medicine everyday and blood draws every few months.

"There's an added routine, additional visits that not every kid has to go through," said her father, Andrew.

Despite her diagnosis, Sukie loves playing softball and loves the friendships she's created on the UW squad.

Her parents believe this partnership has been incredibly beneficial.

"For them to take time and encourage our kid has been just a gift," Andrew said.

After signing her letter of intent, Sukie spent the afternoon with her new teammates during batting practice and in the dugout during their Husky Fall Classic game against Western Washington University.