87-year-old woman says thieves in Renton preyed on her kindness: 'They were just using me'

When two people approached Dorothy Wisdom asking for help jumping a car, she gladly obliged. The pair then made off with Dorothy's wallet. 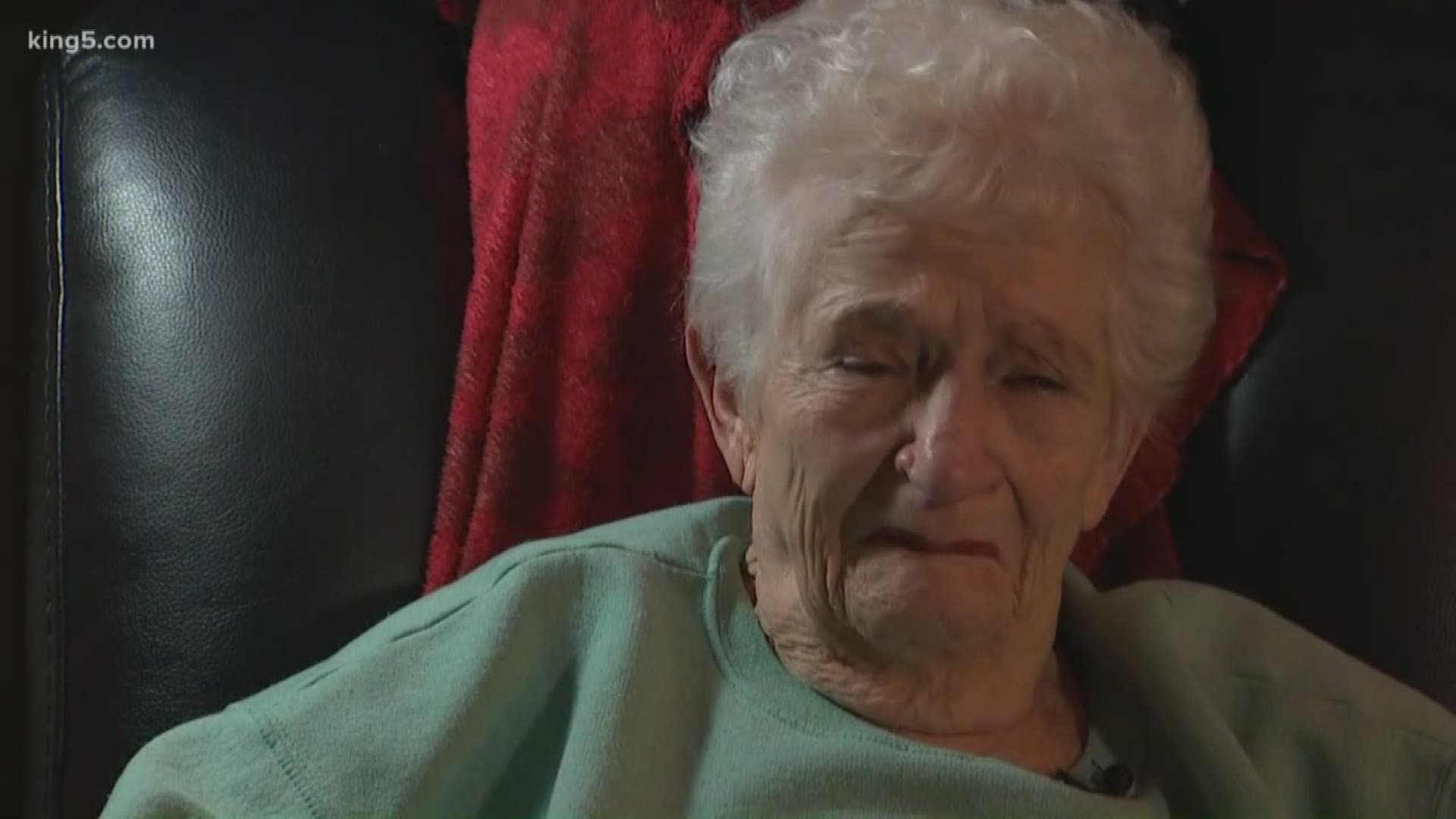 Dorothy Wisdom said she didn't know that by simply being kind to others, that she would become a victim of theft.

Wisdom told police that she pulled into a parking lot off of SW 7th Street in Renton on February 3 between 3 p.m. and 4:30 p.m. and parked in an accessible parking space in front of a cigar store.

According to the police report, Wisdom was approached by a man, possibly in his 40s, and a woman in her 30s who claimed they were having car trouble.

She offered to help them jump their car but didn't feel comfortable moving her car into the right position to help. Wisdom told police the woman offered to move her car and got in the driver's seat.

When Wisdom got back into her car, she realized her wallet was gone.

"By that time I had her cards shut down, and they made several attempts after that,” said Dingman.

Dingman said he thinks his mom had a target on her back due to her age.

"If you’re elderly, definitely don’t trust anybody. It's sad to tell people this, but in this day and age, there's so many people that prey on my mother,” said Dingman.

Wisdom is still visibly traumatized by the whole ordeal and said she's heartbroken.

"They were so nice," said Wisdom. "They were just using me the whole time."

When asked if she would help someone again, Wisdom said she doesn't know if she'd do the same thing, adding she's simply too scared.

Wisdom said she's been crying for a week, but hopes sharing her story will help someone else.

"Just be careful out there nowadays, especially old people like me. They like to get us. They think we’ve got a lot of money, but this girl don’t," Wisdom said.

According to the police report, descriptions of the suspects are very limited and the make or model of the suspect's vehicle is unknown.

Moments after this story aired on KING 5, our newsroom received a dozen or so emails and calls about how to help Wisdom. Due to the overwhelming response, her son created a GoFundMe page.