On election day, voters will be considering an unprecedented $54 billion ask from Sound Transit to expand light rail and bus service throughout the Puget Sound Region. 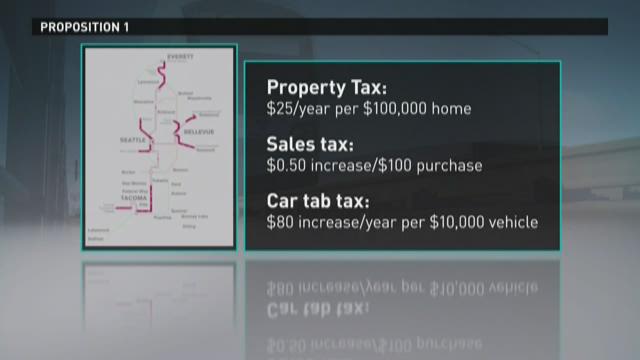 On election day, voters will be considering an unprecedented $54 billion ask from Sound Transit to expand light rail and bus service throughout the Puget Sound Region.

Sound Transit’s estimated cost for ST3 is $326 in taxes per median household next year.

Opponents say the plan is not worth the investment right now.

In 2008, voters approved ST2 which connects light rail from Seattle to Lynnwood and Federal Way. That work will be finished by 2023, and it's already paid for.

"Now the ask is for $54 billion and it's just out at the fringes and edges of the system," said Doug MacDonald, former WSDOT secretary. MacDonald who opposes the plan, says that although the ST3 plan would take cars off the road, he points out that the full cost benefits would not be seen until 2071 according to Sound Transit's own estimates.

But in areas like Snohomish County, where an estimated 155,000 people a day commute into Seattle, supporters of ST3 want to be fully connected to the rest of the region.

"It's not going to get cheaper if we wait and kick the can down the road," Pierce said.