A $53,000 reward is being offered for information leading to the serial cat killer behind 13 cat deaths in Thurston County. 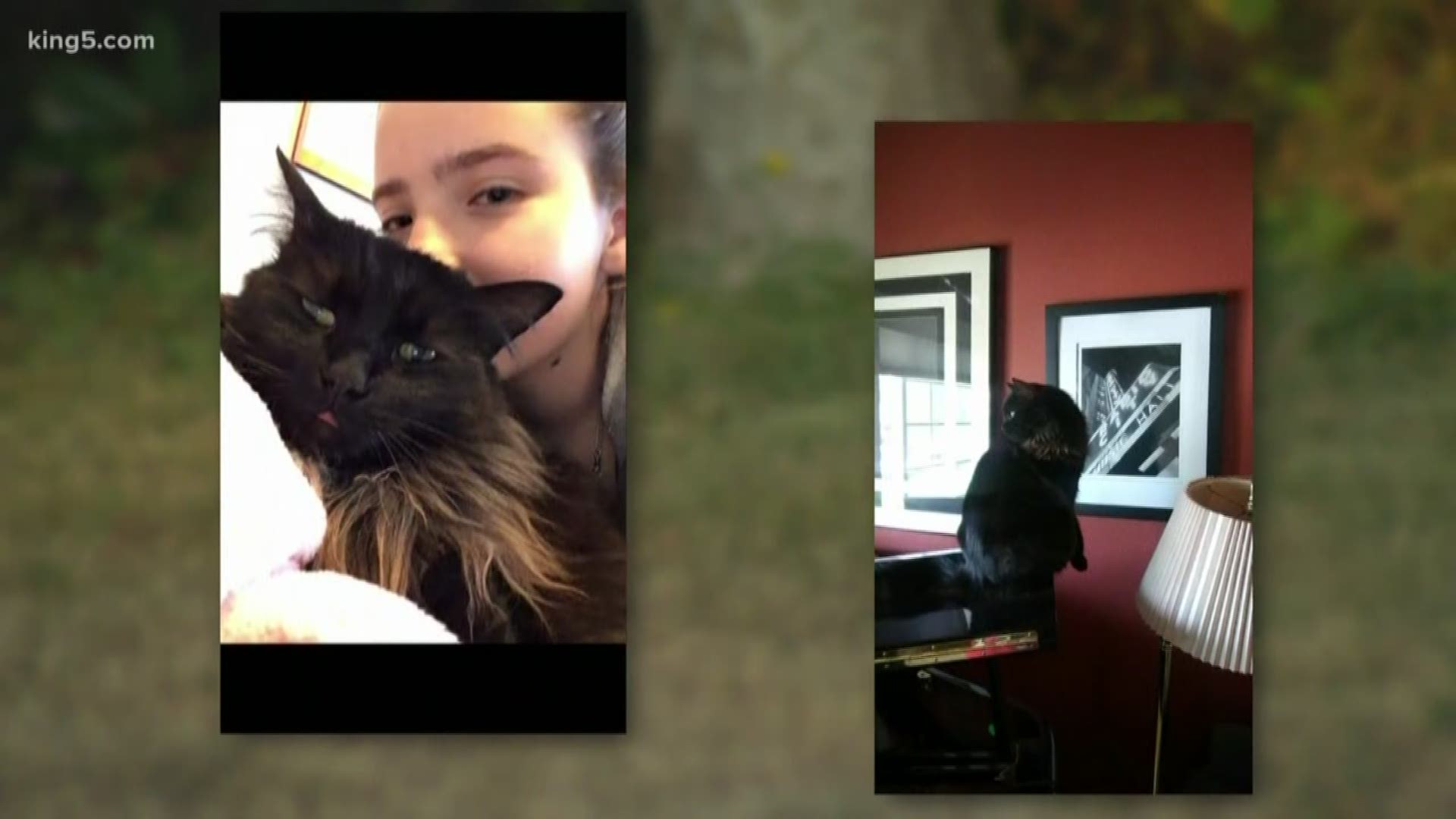 Editor's note: The video report was published August 6 when only seven cats had been killed.

A $53,000 reward is being offered for information leading to the arrest of a serial cat killer in Thurston County.

Since February, more than a dozen cats have been found mutilated and usually left in public places. The reward just increased to $53,000, according to Pasado's Safe Haven.

The Thurston County Sheriff's Office confirmed a 13th cat was found mutilated outside Lacey in August.

Earlier in the month, Olympia police found the 12th cat when they responded to the 3800 block of Pacific Avenue when people nearby reported finding a cat brutally murdered. The death is believed to be linked to 11 other cat killings.

Animal cruelty investigator Erika Johnson said cats that have been brutally killed and mutilated have been found on display in public spaces, such as parks or front yards.

“As far as the numbers, it’s probably the worst I’ve seen in my career,” said Johnson.

Johnson first saw a cat killed in such a way in October, recently, however, there’s been an uptick in dead cats found in the area.

Cats have been found in Tumwater, Lacey and Olympia. One cat was found killed in a similar way in Port Angeles but it is being looked into whether or not it was related.

Johnson said the crimes seem to be happening overnight, between 11 p.m. and 6 a.m.

Several police agencies are working with Thurston County Animal Services. There have not been any solid leads but Johnson said they’re following every tip that comes in. She’s urging everyone in the county to be vigilant and report suspicious behavior.

Police are asking that all pets in Thurston County be kept inside until a suspect is found.