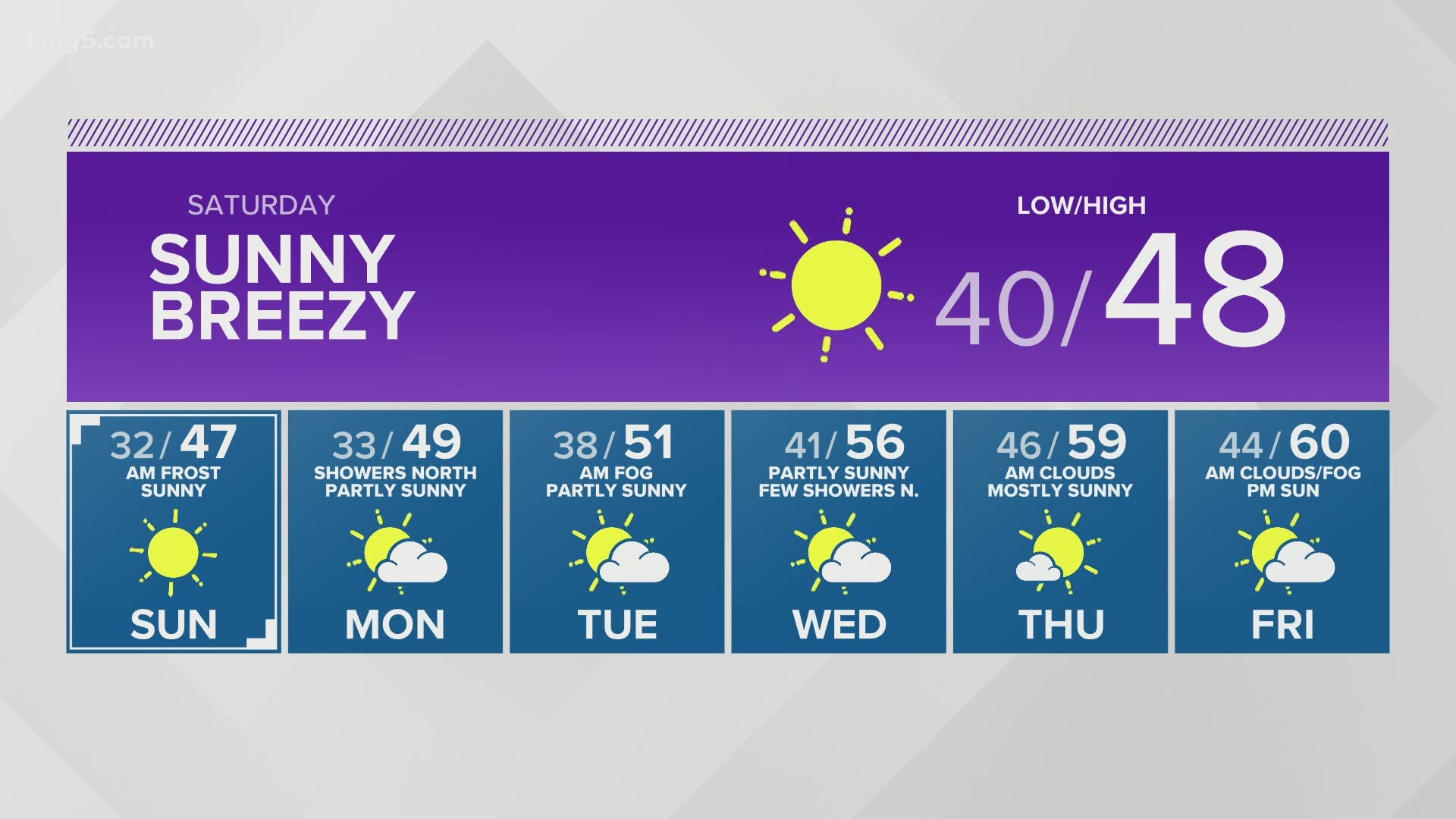 Coldest temperatures of the season expected this weekend for Puget Sound

Puget Sound highs will only reach the mid to upper 40s this weekend, which is the average high temperature for December and January. Plus, north winds will move in Saturday making it feel even colder.

The winds will ease overnight into Sunday morning, but that's when temperatures will drop into the low to mid-30s bringing the first widespread frost of the season.

This comes after the first significant snowfall began in the Cascade Mountains Friday. Read more

First Asian giant hornet nest in US found in Washington

WSDA entomologists discovered the nest on private property in Blaine. The nest was found in the cavity of a tree near an area cleared for a residential home, the agency said.

“Dozens” of hornets were seen entering and exiting the tree while a WSDA team was present. The WSDA will attempt to eradicate the nest Saturday. Read more

Six years after her daughter was killed in a mass shooting at Marysville Pilchuck High School, the pain is still raw for Michelle Jeffreys.

"Those first two or three years I honestly didn't think I was going to survive this," said Jeffreys. "I just really wanted to die. And I don’t think I really knew how much I did."

Zoe Galasso, 14, was one of five teens who died in the shooting on Oct. 24, 2014. The incident changed the city of Marysville, and its affected families forever. Read more

Seattle Public Schools (SPS) will continue with virtual learning for the remainder of the semester, which is Jan. 28, 2021 for most students.

The state's largest district made the announcement on Friday after acknowledging a rise in coronavirus cases for King County.

A small number of SPS students in special education can continue with specialized in-person instruction, the district said. Read more

The first snow fell at Stevens Pass Friday and it was a welcome sight for the ski area that's preparing to open in December with new COVID-19 precautions.

The three biggest changes visitors will notice this season is you'll have to make a reservation to ski as well as rent equipment, everyone will be required to wear a facial covering at all times, except when eating, and no cash will be accepted. 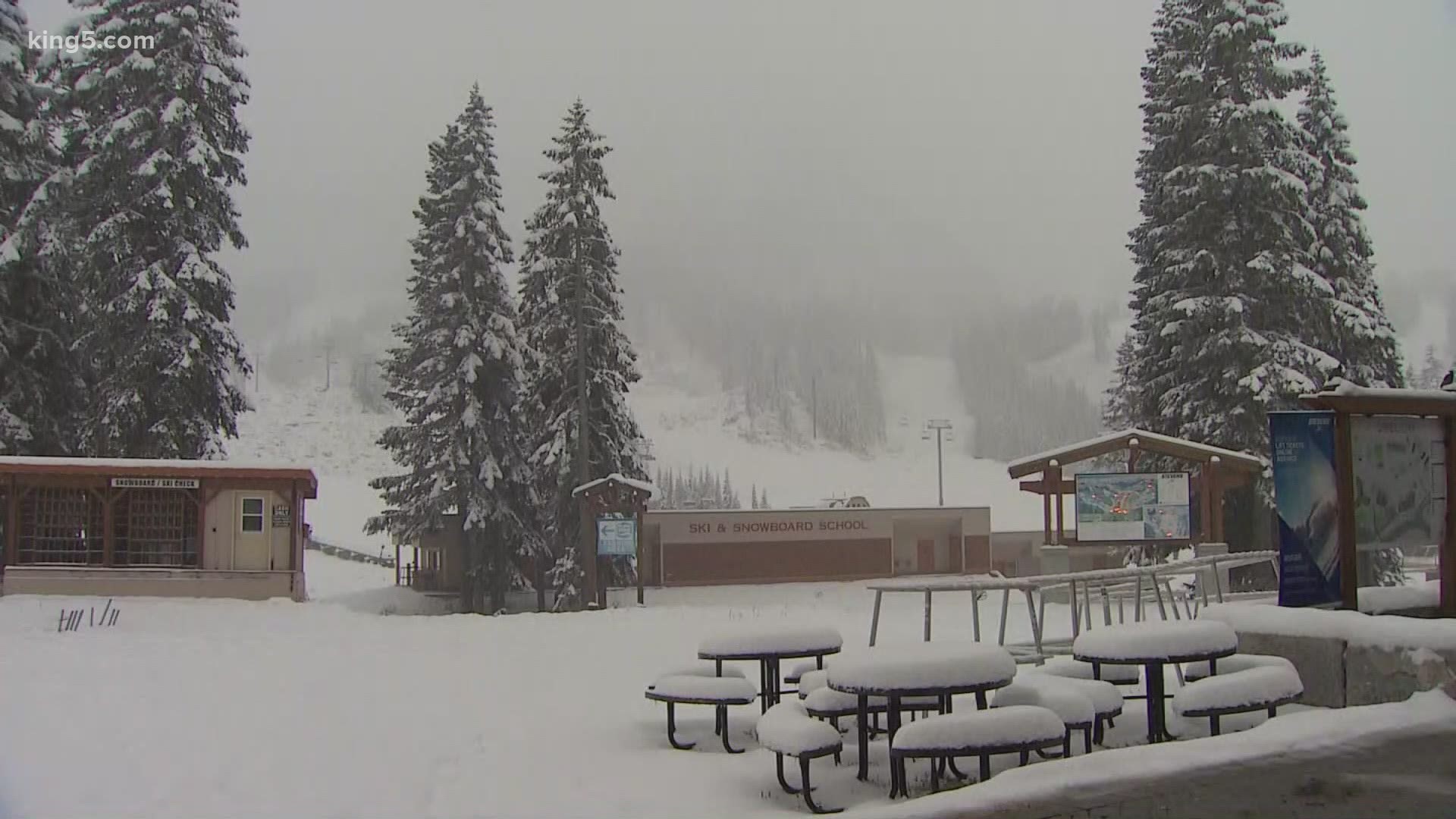