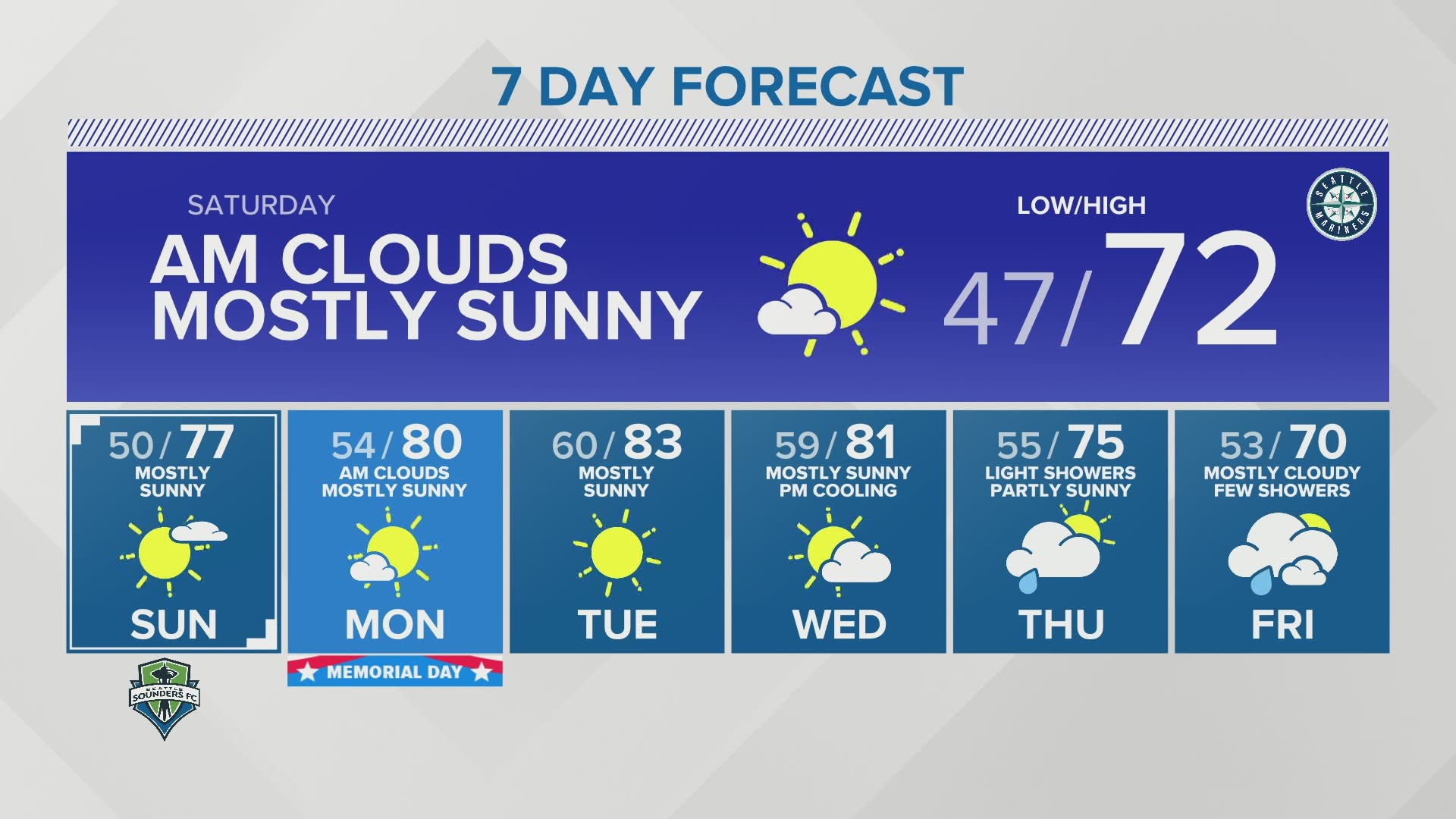 All three Tacoma police officers charged in the death of Manuel Ellis plead not guilty to charges in Pierce County Superior Court Friday.

Ellis, a 33-year-old Black man, died in handcuffs while being restrained by Tacoma police on March 3, 2020.

The Salish Sea is in trouble, Washington researchers say

Researchers at Western Washington University's Salish Sea Institute just released a 275-page report outlining the health of the Salish Sea ecosystem and the stressors it faces.

Researchers say the Salish Sea faces "unrelenting pressure" from 150 years of human development. As western Washington grows, so too does the negative impact on our waters.

The Clipper is back, and so are visitors to the San Juan Islands.

To kick off Memorial Day weekend, the San Juan Clipper set sail for Friday Harbor for the first time in 15 months.

"We feel like it's a whole new fresh start," said Clipper Captain Jason Mihok, as he led the vessel out of Pier 69 on Friday. "There were a lot of unknowns for us. We were one of the first businesses to shut down and we're one of the last ones to start up, so a long wait." Read more

Washington state parks are expecting a busy Memorial Day weekend, as many return to summer travel under loosening pandemic restrictions, and with nice weather on deck for western Washington.

Parks officials said Friday that people should not expect to be able to get a last-minute camping spot for the weekend, and warned people to also have a backup plan when visiting popular day-use sites. Though specific usage numbers weren't available, the online reservations tool returned few available sites statewide.

Washington State Parks is reporting an increase in new people boating and paddling.

"The holiday weekends tend to bring out people who aren't coming out into the wilderness every weekend,” said Deputy Benjamin Callahan, with King County's Marine Rescue Dive Unit. "Those tend to be the folks who find themselves in situations that they haven't planned for." Read more