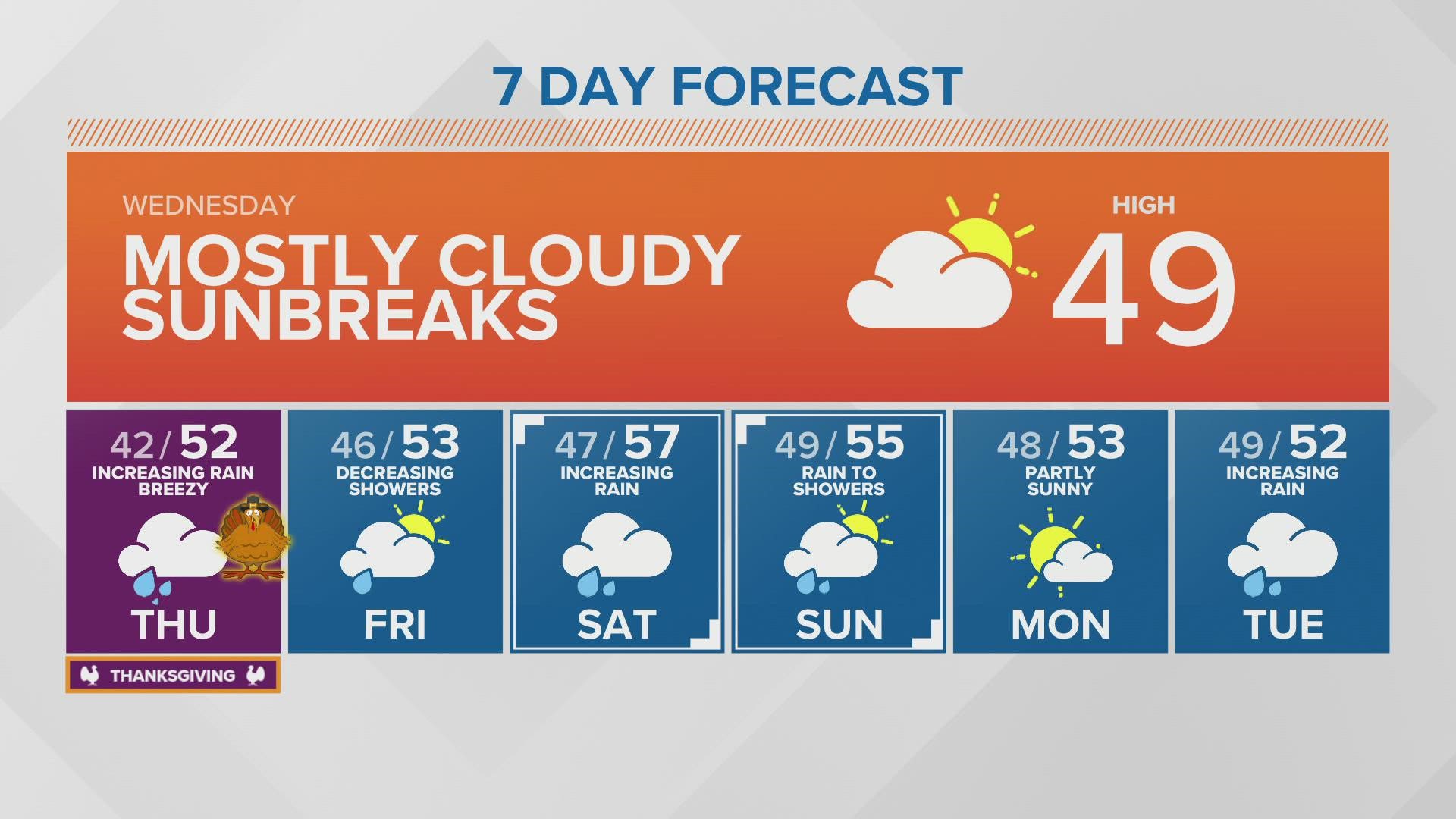 The day before Thanksgiving, Nov. 24, marks the 50th anniversary of one of the nation’s most compelling unsolved mysteries, the search for D.B. Cooper.

It's the only unsolved skyjacking in U.S. history. Eric Ulis is searching for evidence to try to finally learn what happened and maybe who Cooper really is.

“We know it’s real. There was a real guy who bailed out of the back of an airliner at 10,000 feet with $200,000 who we never did see or hear from again. So, it’s just an intriguing story,” said Ulis, one of the best-known amateur detectives currently looking into the D.B. Cooper story. Read more

Using the online tool WA Verify, the state will generate a digital vaccination record card that includes a QR code that can be scanned to prove if you're fully vaccinated, according to the Washington State Department of Health. Read more

Cole-Tindall is the first sheriff that has been appointed since the role became an elected position in 1996. Cole-Tindall will take over the role in January while the King County Council continues searching for the new appointed sheriff, who is expected to take the role in mid-2022.

She will be the first person of color to ever serve as King County's sheriff. Read more

Pierce County is setting up beds for its most vulnerable by converting a hotel into an emergency homeless shelter.

The hotel, a former Comfort Inn, is located at 8620 S. Hosmer St. and was bought by the Low Income Housing Institute with the help of the City of Tacoma, Pierce County and the City of Lakewood for $8.8 million.

The facility has 94 units and can house around 120 people. Read more

The holiday season is already a busy time for Northwest Harvest and their SODO Community Market, and the pandemic only amplified the needs of the community.

The no-cost grocery store's doors are open to everyone. No identification, proof of income, or residency information is required.

The market provides fresh produce, grocery staples, and a variety of healthy food options to those in need. Read more