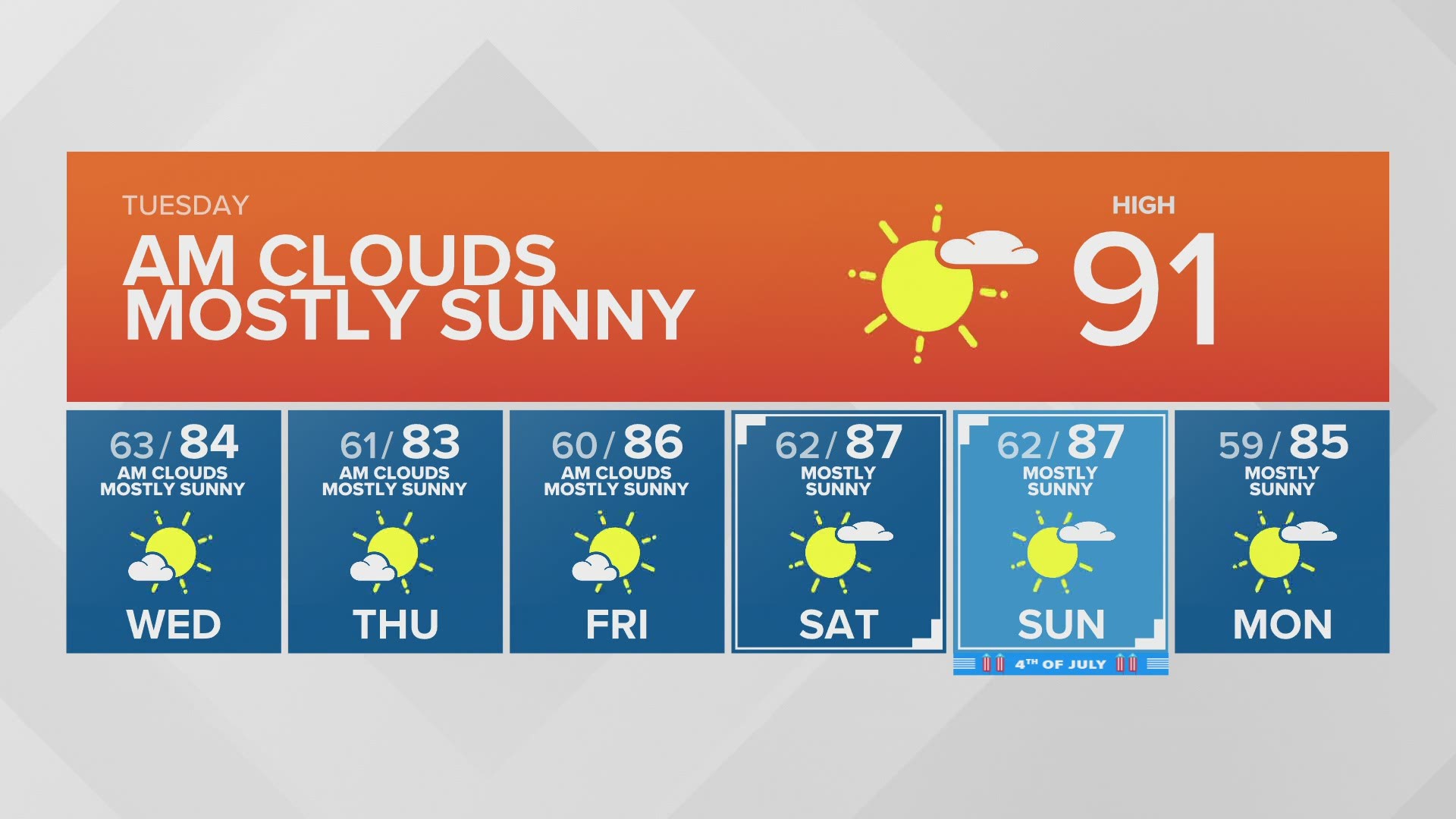 A cool down of sorts will arrive Tuesday for western Washington after record-breaking heat the last three days.

Seattle set a new all-time record high Monday when Sea-Tac Airport reached 108 degrees in the evening. An Excessive Heat Warning remains in effect for parts of western Washington until 11 p.m. Tuesday due to lingering high temperatures.

Cooler marine air moving in should cool overnight lows into the 60s around Puget Sound and daytime highs Tuesday will drop by around 20 degrees. Read more

Sound Transit slowed Sounder and Link light rail trains Monday, citing the extreme heat. High temperatures can cause rails to expand, the agency said, and can even cause overhead power supply lines to lose tension.

The city of Seattle is also spraying several steel draw bridges with water to keep them cool. Heated and expanding steel could create problems for the opening and closing mechanisms.

The Washington State Department of Transportation had another heat headache – sections of pavement on Interstate 5 buckling. Read more

It's unlikely Washington will have another extreme heat wave this summer

Washington state experienced a historic heat wave with unprecedented high temperatures for this time of year, so some are wondering will this type of heat happen again this summer?

According to KING 5 Meteorologist Adam Claibon, the current heat wave will likely be the hottest air mass we deal with this summer.

"Not to say we won't see more hot days in the 90s (possibly flirt with 100) again, but the strength of this high pressure system has been stronger than any one in recent history," said Claibon. Read more

After a record-setting weekend in western Washington, cool breezes returned to the coast Monday.

At noon, when most of the state of Washington was near 100 degrees, a marine layer from the south cooled places like Westport and Ocean Shores into the 60s.

Coastal high temperatures are expected to remain in the upper 60s Tuesday, while the rest of Puget Sound will drop to the upper 80s and low 90s. Read more

The record-breaking heat wave in western Washington dramatically increased demand for fans and portable air conditioning (A/C) units. Jason Smith made a summer road trip of over 1,300 miles in less than 24 hours this week to provide relief for his family and neighbors in need.

Smith said he discovered his local big box stores were wiped out of A/C units and after researching and making some calls, the closest option with a supply of portable A/Cs was in Redding, California.

On his birthday, Smith and his wife jumped in their truck and made the drive through the night to secure their A/C unit, but a simple Facebook post changed the whole journey. Read more