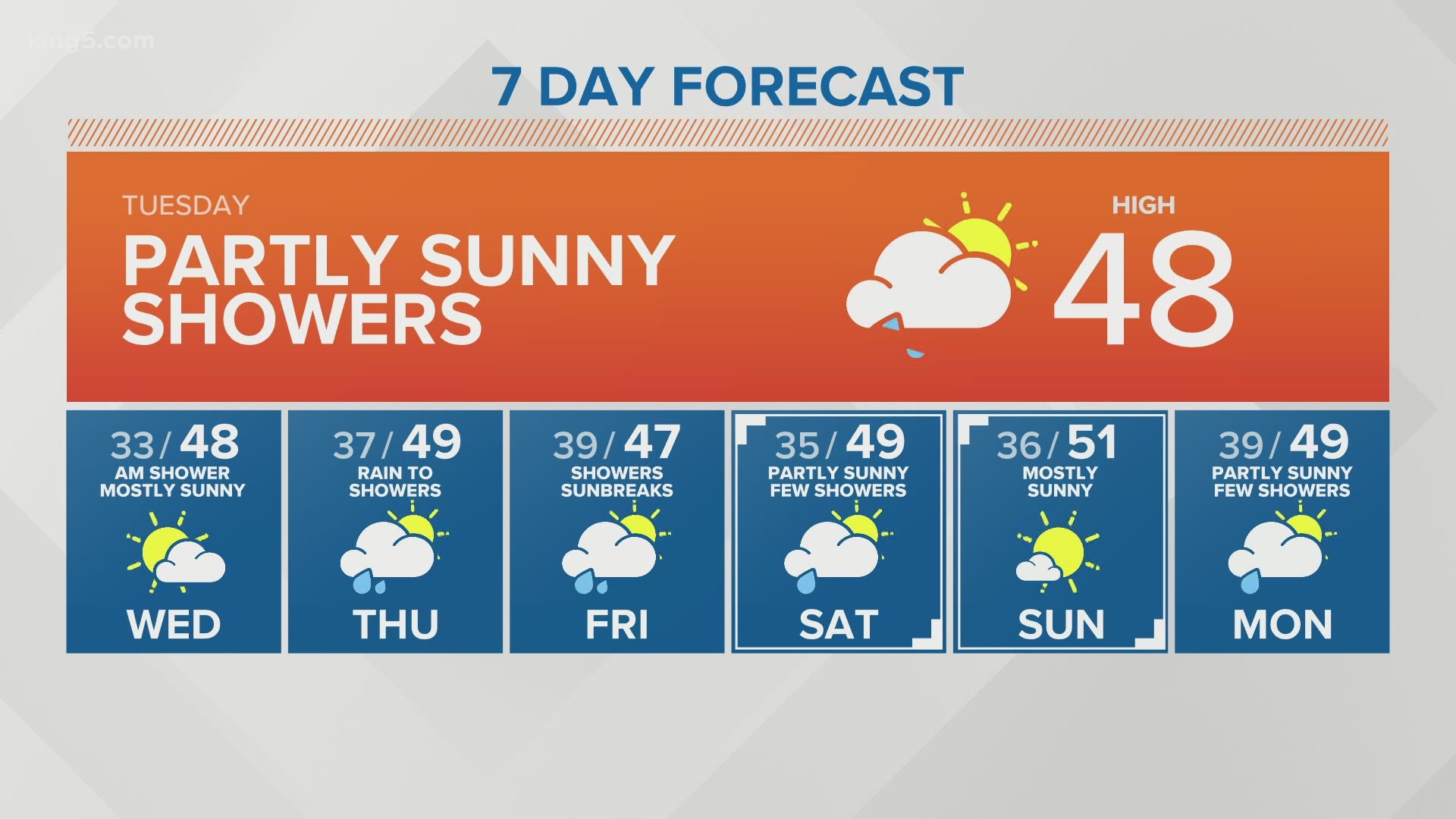 Mariners President and CEO Kevin Mather resigned after making disparaging remarks about players during a speech he gave to the Bellevue Breakfast Rotary Club earlier this month.

Mariners' Chairman and Managing Partner John Stanton will serve as acting president and CEO until a successor is chosen.

More than 5% of Washingtonians have been fully vaccinated as of Monday, according to the Department of Health.

As of Feb. 22, 2021, the state has issued more than 1.38 million total doses of vaccine. About 12.73% of the state's population — about 960,680 people — have initiated vaccination and have had one shot, according to the Washington State Department of Health's COVID-19 data dashboard.

Soda, juice and sweetened coffee drinks would likely get more expensive under the latest tax proposal debated in Olympia.

Modeled after a similar ordinance in Seattle, Senate Bill 5371 would charge beverage distributors 1.75 cents for every ounce of a sweetened drink that has more than 20 calories in a 12-ounce serving. That would make a 12-ounce can of regular soda cost an additional 21 cents.

The money would support public health programs and fund what backers called a “health equity account” for communities of color.

Ferndale is dealing with two massive economic blows right now: the ongoing COVID-19 pandemic and the closure of one of its main employers. Last summer, Ferndale’s Alcoa-Intalco aluminum plant closed forever, taking hundreds of jobs with it.

Last summer, with aluminum prices tanking, the last smelter west of the Mississippi River closed forever after 56 years in operation, leaving many people out of work, and leaving them unable to support the local economy.

With cuisines as varied as Southern, Caribbean, Ethiopian and more, restaurants of all flavors across Washington are inviting customers to come and celebrate Black Restaurant Week for the first time in the Pacific Northwest.

The organizers encourage customers to follow their forks and support community favorites and some lesser-known restaurants for the “No Crumb Left Behind Campaign” that runs through Feb. 28.

A list of participating restaurants and charitable causes can be found at www.BlackRestaurantWeek.com.