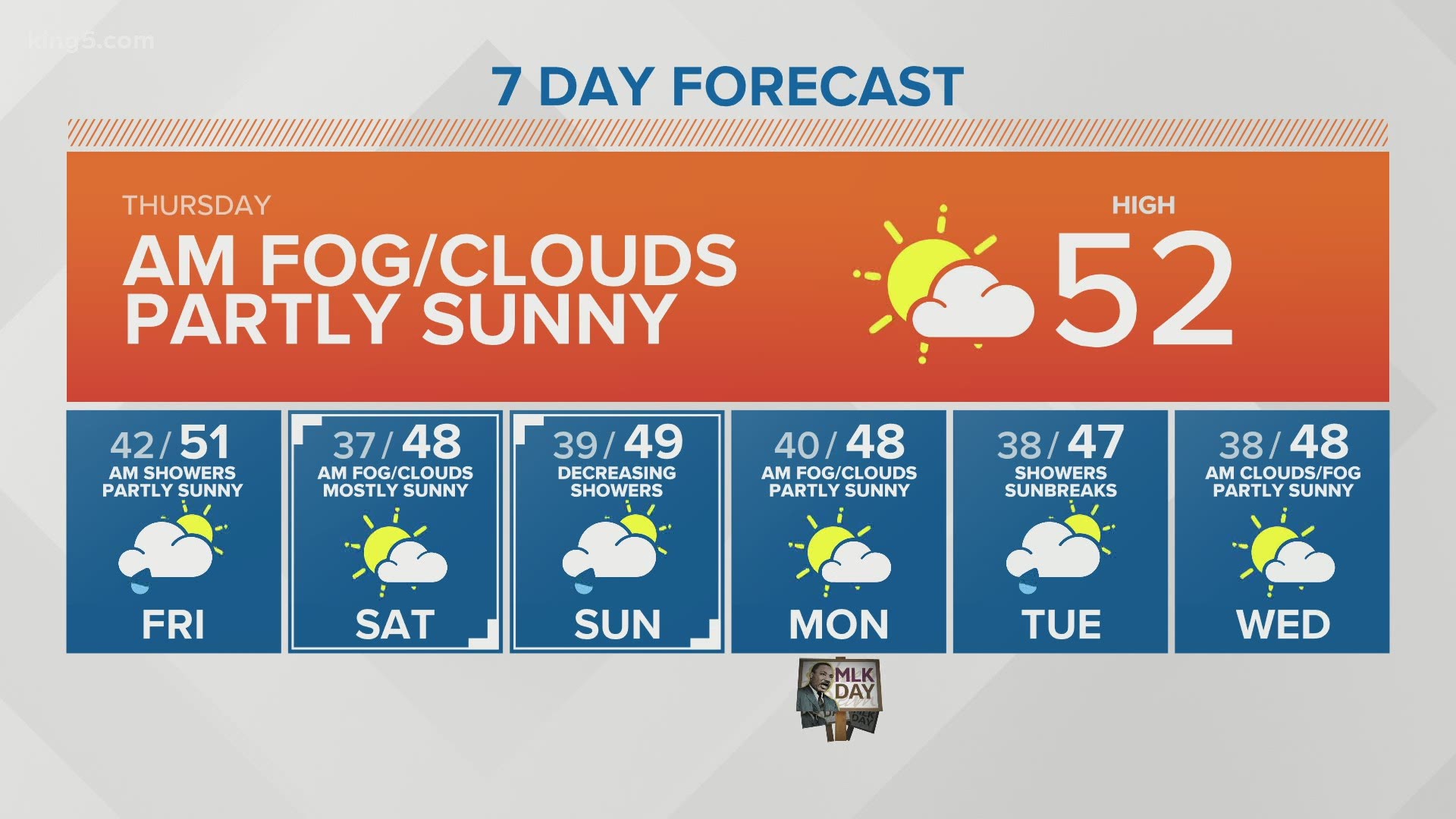 Washington health officials announced the next phase of the state's COVID-19 vaccine rollout, known as Phase 1B, will be on an accelerated timeline.

Officials said the state will move into its next phase of COVID-19 vaccinations sooner than expected and will begin inoculating people aged 70 years and older. Read more

If the state’s plan stays as is, many Washington teachers won’t have access to the COVID-19 vaccine until April.

Teachers age 50 and older are eligible for shots in February, and younger teachers can get them in April, according to the state's plan.

But the Washington Education Association is fighting to move teachers up in priority before districts look at reopening schools. Read more

How Washington voted in the impeachment

The vote to impeach President Donald Trump had bipartisan support in Washington state, with nine out of 10 of the state's representatives voting in favor, after last week's siege by his supporters of the U.S. Capitol.

All seven Democrats voted in favor of impeachment, as did two of the state's three Republican representatives.

Epik claims they had no advanced knowledge of the change.

Parler is currently offline after major companies such as Amazon and Google cut ties with the site after last week's attack on the U.S. Capitol. Parler was said to be used by extremists to organize the event. Read more

The FAA announced unruly passengers will no longer get warnings. Instead, the agency said it will take legal action.

Penalties can include fines up to $35,000 and jail terms for passengers who assault or threaten airline crews or other passengers.

The new policy will be in effect through March 30. Read more