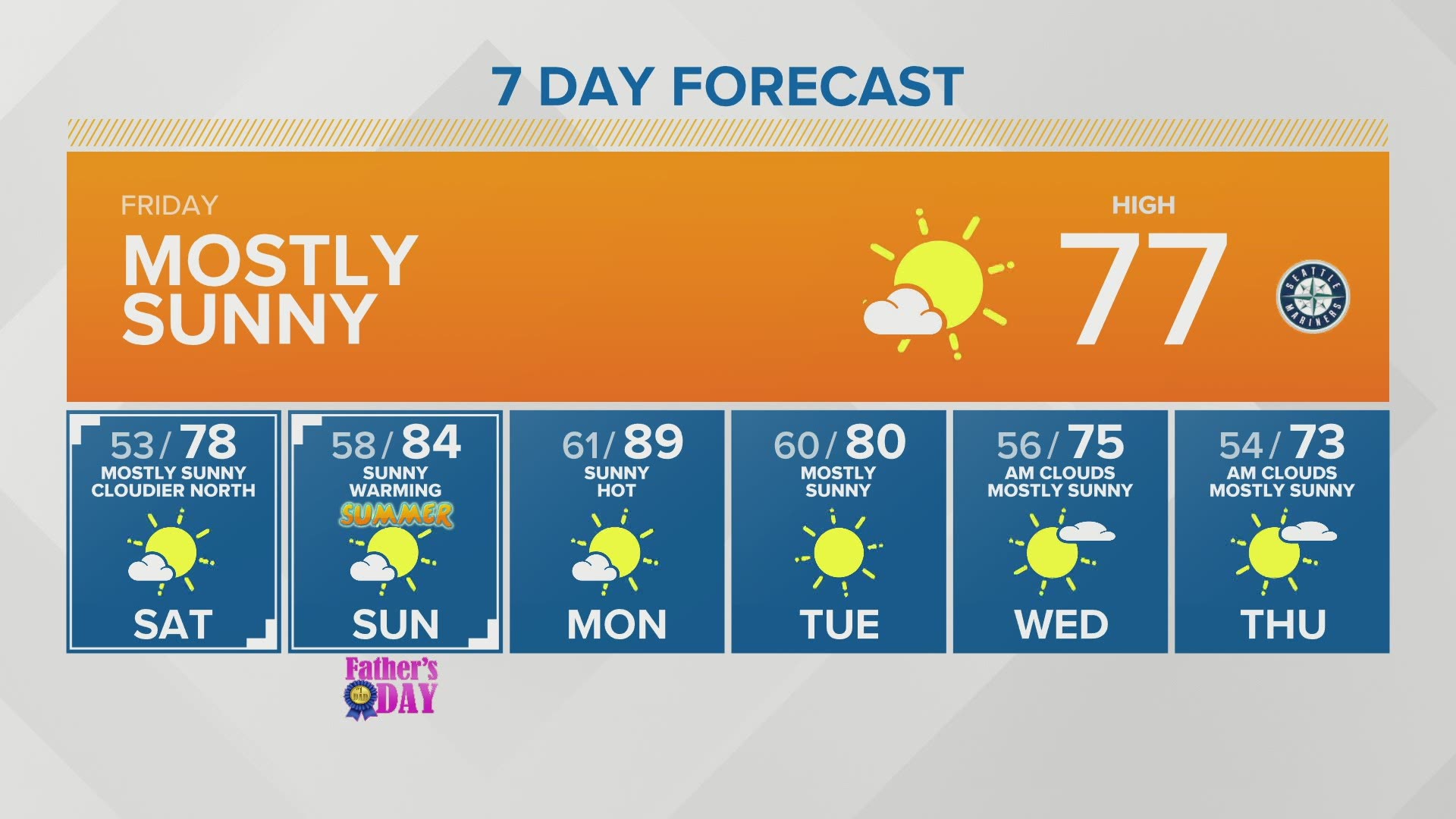 A suspect accused of stealing the car of an off-duty Seattle police officer who was hit and killed while assisting with a crash on Interstate 5 has been arrested.

The Washington State Patrol arrested the suspect, a 49-year-old man from Seattle, around 9:22 p.m. Thursday for a felony hit and run, theft of a motor vehicle, possessing stolen property, possessing a stolen firearm and identity theft.

Alexandra “Lexi” Harris was killed on Sunday, June 13, after exiting her car to help with a three-car pileup on I-5 near Columbian Way. She was with the Seattle Police Department’s patrol operations bureau for five years. Read more

Gov. Jay Inslee announced Thursday that Washington is launching a new COVID-19 vaccine incentive called “A Heroes Thanks” for the state’s military members and veterans.

The new incentive comes just two weeks after the state launched the “Shot of a Lifetime” lottery for all Washington residents who have received one dose of the COVID-19 vaccine.

The new promotion will apply to military, military staff, their family members and veterans who were vaccinated through the Department of Defense, Veterans Affairs or the National Guard. Read more

Could there be a resolution soon to the months-long closure of the U.S.-Canadian border to non-essential travel?

On Thursday, Canadian Prime Minister Justin Trudeau met with provincial leaders to discuss a plan. The joint ban on border travel is set to expire on June 21.

"We have no economic network around us except north through the Canadian border," said Brian Calder, president of the Point Roberts Chamber of Commerce, from his home on Thursday. Read more

For the first part of the 2021 season, T-Mobile Park has been operating under limited capacity with special sections for vaccinated fans. However, starting July 2, the Mariners said it won’t have social distancing or vaccine-designated areas.

Tsunami warning siren installed in Edmonds, one of many in Washington

Communities in western Washington like Edmonds, Everett and Bellingham are no longer considered out of reach of damaging tsunami waves.

On Thursday, the Washington Emergency Management Division erected its newest tsunami tower in Edmonds. Residents will hear chimes coming from the tower followed by a voice announcement on the first Monday of every month as part of a routine test.

The installation is part of a larger effort to install tsunami warning towers across western Washington. Read more