5 things you need to know Thursday 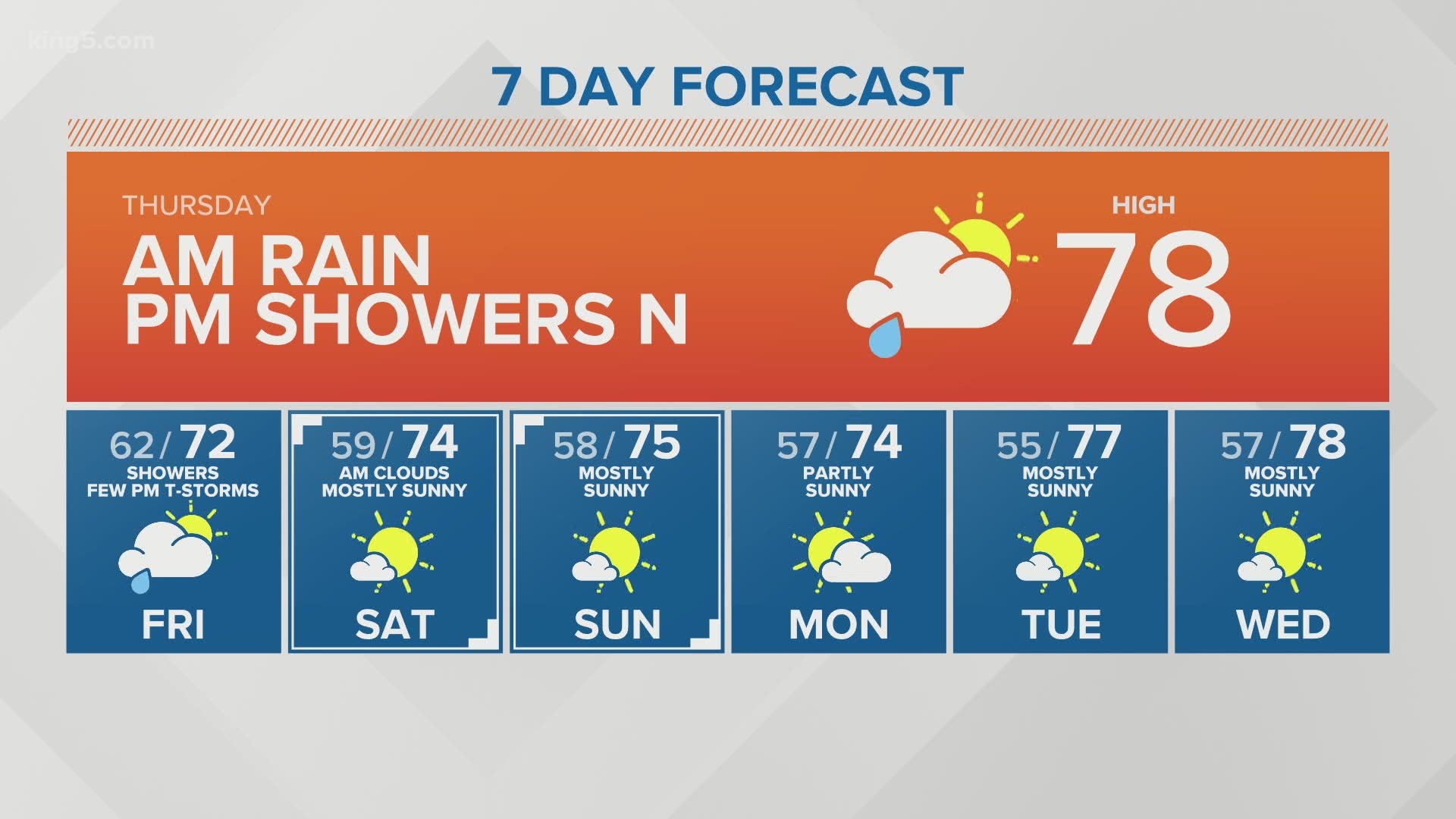 Washington Gov. Jay Inslee issued a statewide emergency proclamation because of multiple wildfires in central and eastern Washington, as well as the Olympic Peninsula.

The current wildfire emergency is also compounded by the extremely high temperatures and dry weather, as well as an increasing number of visitors to Washington wilderness areas. Read more

Former U.S. Senator Slade Gorton has passed away at age 92.

Gorton's 1994 election was the last time any Republican was elected to be a senator or governor in Washington state.

He served three terms as senator and played key roles in the impeachment inquires of Presidents Nixon and Clinton. Read more

Seahawks to start without fans

The Seattle Seahawks announced their first three home games of the season will be played without fans at CenturyLink Field because of the ongoing coronavirus pandemic.

The team said it will "follow the lead of public health and government officials" on whether to allow fans at the remaining five home games of the 2020 season.

The first three home games in Seattle are against the New England Patriots, the Dallas Cowboys, and the Minnesota Vikings. Read more

Several power poles in Snohomish County were vandalized with a chainsaw.

In one case, someone cut through the pole with a chainsaw, leaving it dangling from high voltage wires overhead, near a substation and in the middle of a neighborhood outside Lynnwood city limits.

Because of the potential for serious injury and the fact that someone is tampering with the public power supply, the FBI is now assisting local authorities in the investigation. Read more

A barrier is being constructed along a section of the border between Washington state and Canada in a crime-fighting effort, according to the U.S. Border Patrol.

The construction project involves the installation of a cable barrier system between Boundary Road in Lynden and 0 Avenue in Canada.

A statement from border patrol said the barrier is designed to prevent vehicles either "accidentally, or purposefully, crossing the boundary and endangering citizens in both countries." Read more