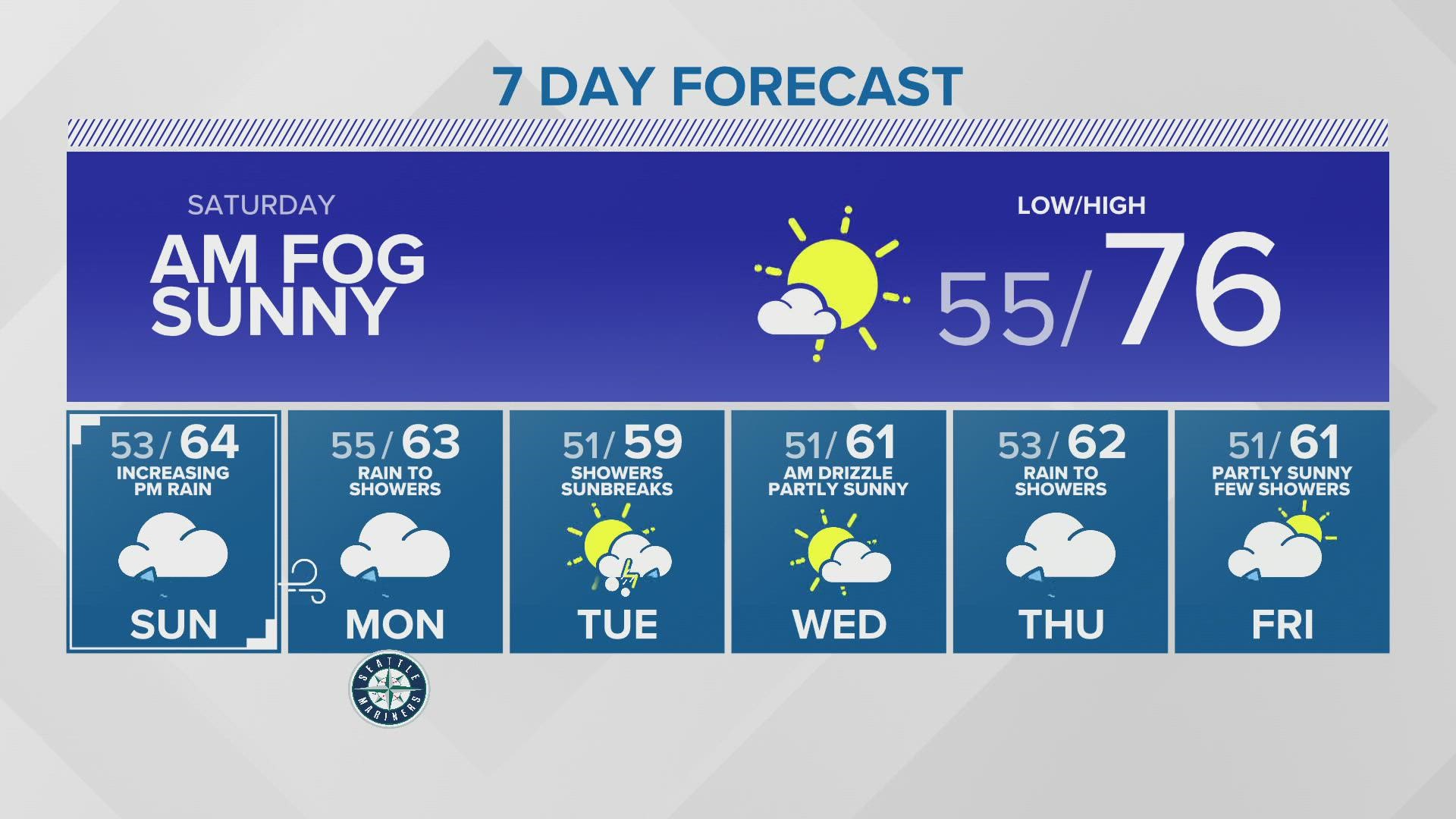 Going to the Huskies game Saturday? Don’t forget your proof of COVID-19 vaccination

Football fans planning to cheer the University of Washington (UW) football team to victory at Husky Stadium this weekend will need to bring proof of vaccination or a negative COVID-19 test to enter the stadium.

All fans ages 12 and over will need to provide proof of COVID-19 vaccination or a negative test result taken within 72 hours before the event to enter Husky Stadium. Fans under the age of 12 are exempt from the requirement. Saturday's game is the first the new requirement will be in effect.

UW Athletics announced the requirement on Sept. 7, saying the decision was made “after close consultation with university, local and state public health officials, as well as Seattle's professional sports franchises.” Read more

The U.S. launched a campaign to offer boosters of Pfizer's COVID-19 vaccine to millions of Americans on Friday.

The CDC ruled on Thursday who is eligible for the third shot: Americans 65 and older and others vulnerable because of underlying health problems or where they work and live - once they're six months past their last Pfizer dose.

All three COVID-19 vaccines in the U.S. offer strong protection against severe illness, hospitalization and death despite the extra-contagious delta variant that has caused cases to soar. However, immunity against milder infection appears to wane months after the initial vaccination. Read more

A Seattle judge has recommended the Makah Indian Tribe be allowed to resume their traditional hunt of gray whales after a decades-long legal battle with environmental groups.

The tribe last hunted a whale in May 1999, when whalers fired the "shot heard 'round the world" as viewers across the globe watched Makah tribesmen take their first gray whale in 70 years on live TV.

Shortly after, environmental groups took the tribe to court in an effort to halt future whale hunts. Now, two decades later, the tribe only needs the approval of the National Oceanic and Atmospheric Administration to begin hunting again. Read more

However, King County believes there will still be thousands of open applications after the bridge ends, even with the extension.

King County's rental assistance program has faced an efficiency problem for months. The latest numbers from the Department of Community and Human Services (DCHS) show $34.4 million have been distributed since January 2021, which is just over 10% of the funding given to the county from the federal government. Read more

Washington state’s economy is projected to have nearly $1 billion more than previously assumed through mid-2023.

Updated numbers by the Economic and Revenue Forecast Council show that projected revenue collections for the 2021-2023 budget cycle are $927 million above what had been originally forecasted in June.

“Trends in collections are still improving though there are some uncertainties on the horizon,” said Steve Lerch, executive director of the Economic and Revenue Forecast Council in a statement, Friday. Read more