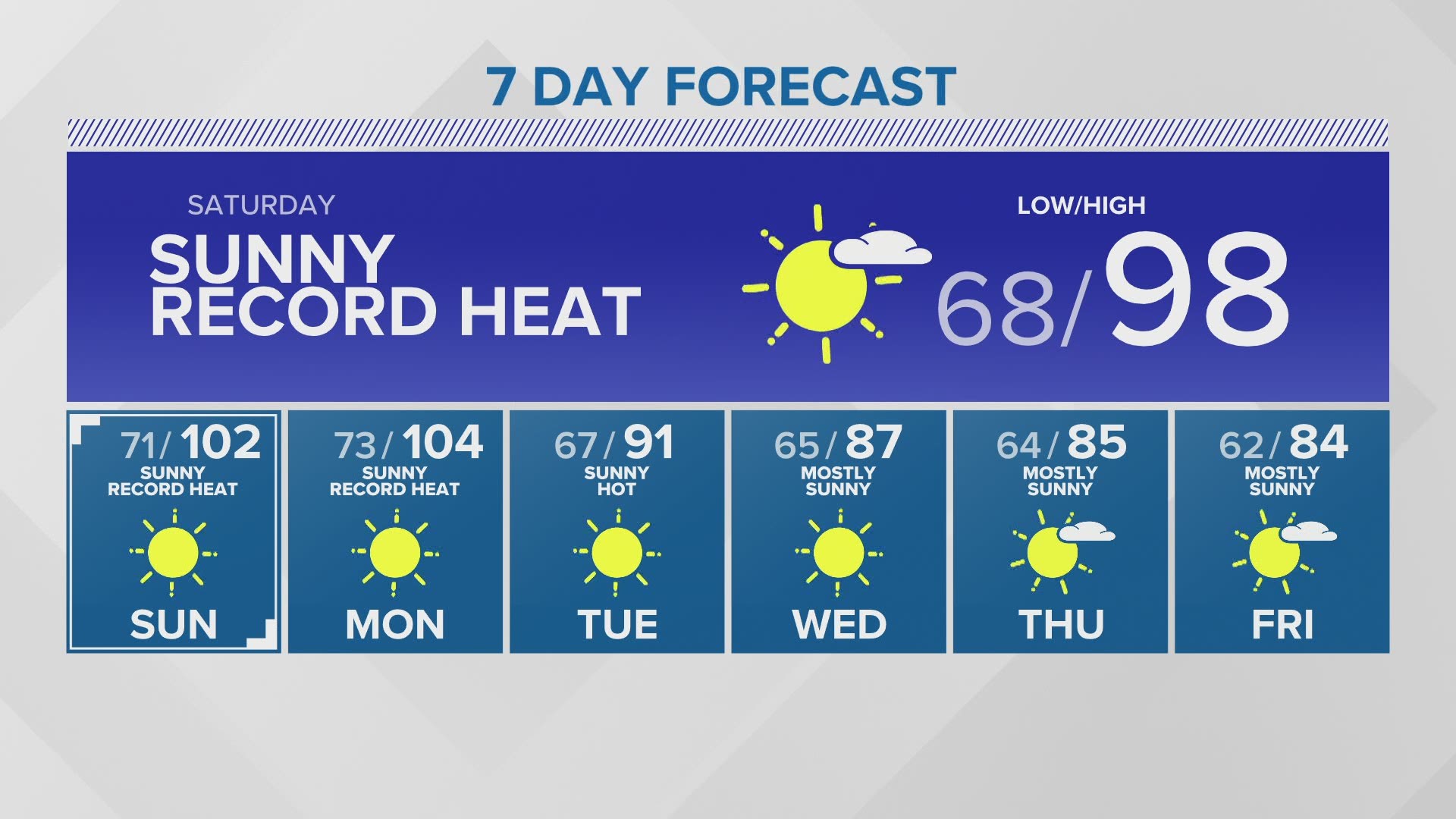 Western Washington is expected to experience an unprecedented and "potentially dangerous" heat wave this weekend and into early next week, with some areas forecast to hit record highs.

Forecast lows for the weekend around Seattle are expected to remain near 70 degrees, providing little relief from the heat at night.

The National Weather Service (NWS) issued an Excessive Heat Warning until 9 p.m. Monday for Washington state due to “dangerously hot conditions with highs warming to the 90s and peaking above 100 degrees Sunday and Monday.” Read more

How to build your own DIY air conditioner

In the midst of a potentially historic heat wave, it's nearly impossible to find an A/C unit for sale. However, for under $15 you can make your own.

All you'll need is a small Styrofoam cooler, two dryer vents and a fan.

Follow KING 5's quick DIY swamp cooler tutorial to make your own version of an A/C at home. Read more

Lifeguards return to many, but not all, beaches in Puget Sound

Lifeguards are returning to many local beaches in Seattle, but some popular swimming areas still won’t have them this summer.

Green Lake’s East Beach, which had lifeguards pre-pandemic, will not have any this summer, Seattle Parks and Recreation said.

Other parks in the region will have another summer with no lifeguards. They include Long Lake Park in Lacey, Pine Lake Park in Sammamish, and Meridian Park in Kent. Read more

As temperatures in Seattle surge, those who work with unsheltered people are gearing up to help those most at-risk to the elements.

The Union Gospel Mission said it will set up a "hydration station" outside its men’s shelter to provide some shade and cold water for anyone who might need it.

The hydration station will open Friday and next week if temperatures start climbing. Mission search and rescue teams will also hit the hot pavement in vans to find anyone who may need water and are trying to stay cool. Sometimes when they see or experience extreme heat or extreme cold, people are ready to leave the streets and get help. Read more

Tips to protect your pets from the heat

With temperatures expected to reach the 90s and even higher in some parts of the Puget Sound region now through Monday, it is important to make sure your furry friends are kept cool.

Just like humans, dogs and cats can overheat and even sunburn. But unlike us, dogs and cats do not sweat. They cool themselves by rapid breathing. When it's hot for you, it's even hotter for them.

Protect your pets from the heat by making sure they always have plenty of fresh water. Read more