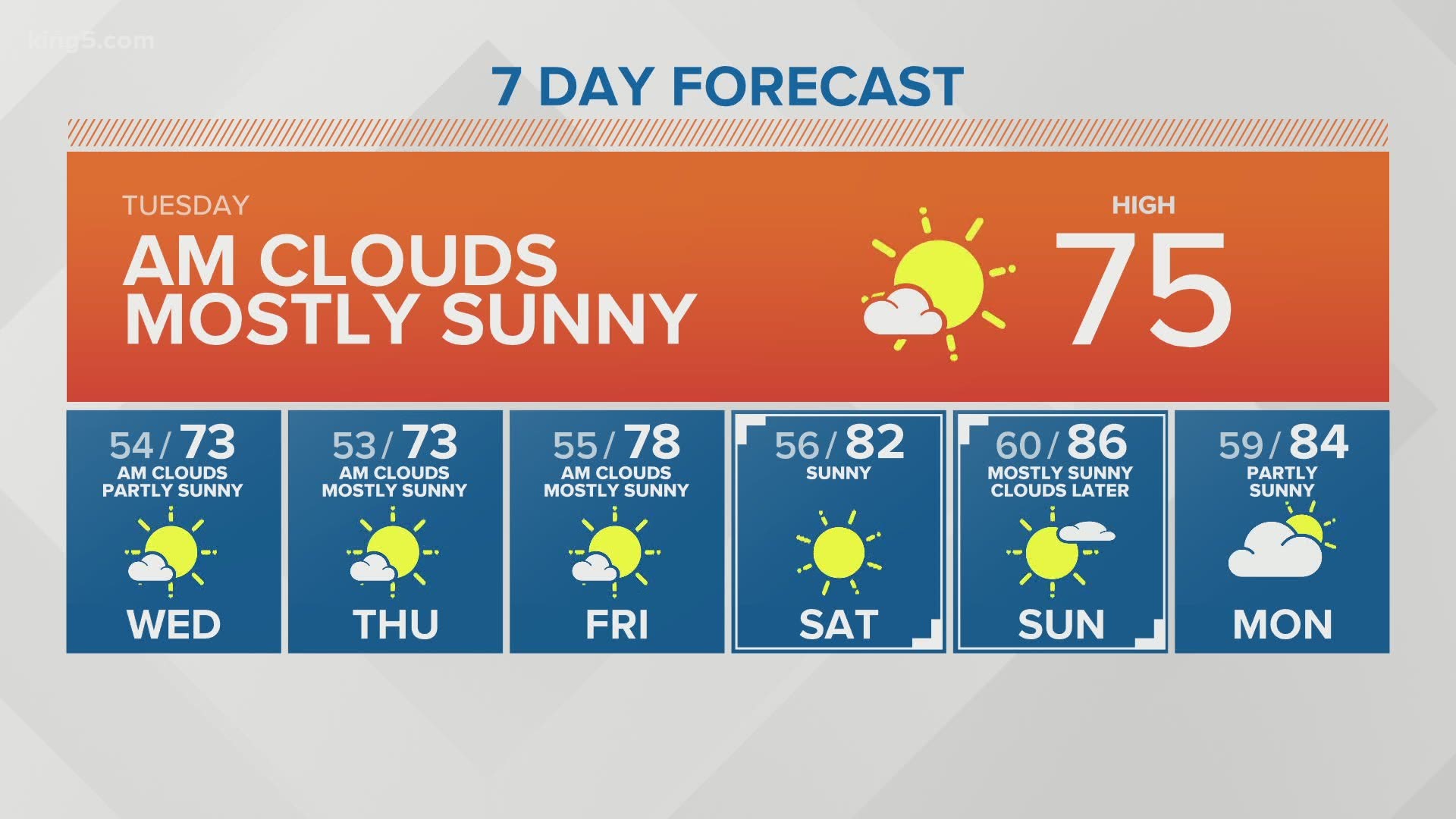 News of her resignation came on the same day the city council voted to cut the police department's budget. Best has also criticized the council's refusal to denounces marches to her home.

Best and Seattle Mayor Jenny Durkan are scheduled to speak at a news conference Tuesday at 11 a.m. Read more

The Seattle City Council approved a complex package of cuts to the Seattle Police Department on Monday.

The department's $400 million budget will be trimmed by more than $3 million, which is far less than the 50% defunding that protesters were seeking. The cuts could reduce the force by up to 100 officers through layoffs and attrition.

Councilmember Kshama Sawant was the only dissenting vote in the 7-1 decision. Read more

The Pac-12 Conference, which includes UW and WSU, could cancel the 2020 football season as soon as Tuesday. Several players in the conference have already threatened to boycott the season if their demands over racial injustice and coronavirus concerns are not met.

Mountain West canceled all fall sports on Monday, and the Big Ten is expected to follow suit. The Pac-12 CEO group is meeting Tuesday. It's not clear if the conference would reschedule games in the spring. Read more

A 22-year-old Olympia man was arrested for arson after fires at a church food bank and two apartment complexes.

Twenty people in one apartment building are displaced, and the Hidden Creek Community Church lost thousands of dollars in food meant for the community.

Police said there is no clear motive for the fires. Read more

Seattle’s Waterfront Park is closed after engineers found Pier 58 had shifted “several inches,” creating a visible gap between the pier and land.

Waterfront Park is closed from University to Pike streets, which is between the Seattle Aquarium and Great Wheel. Read more