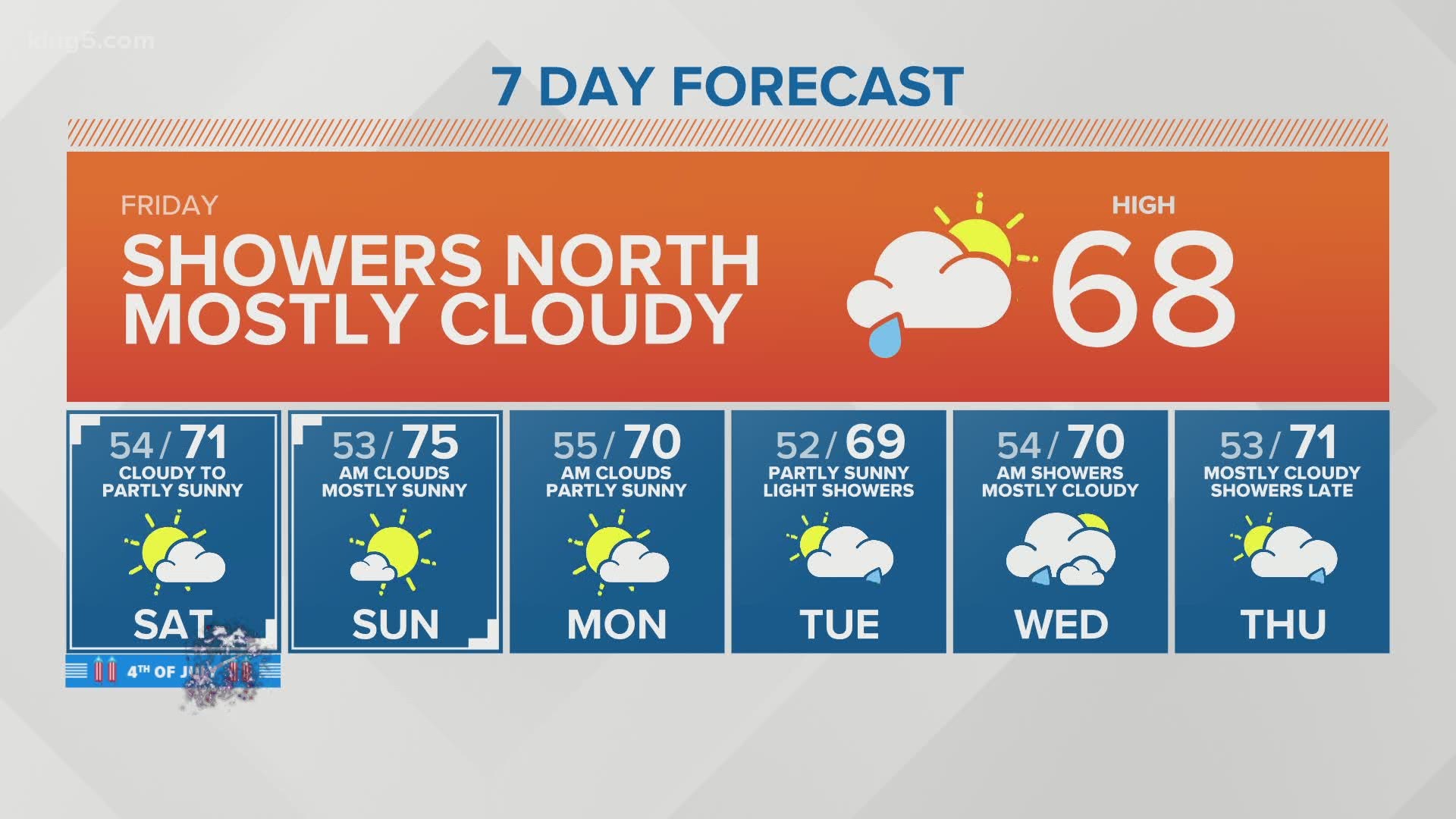 No mask means no service at Washington businesses

Washington businesses will be required to turn away customers who aren't wearing a face mask starting July 7, Gov. Jay Inslee announced Thursday. The new statewide order is in response to a surge in coronavirus cases.

The proclamation comes almost a week after Inslee's statewide mandate took effect requiring people to wear face masks while in public, both indoors and outdoors when six feet of social distancing is not possible.

A coronavirus outbreak on Greek row at the University of Washington’s Seattle campus continues to grow.

As of Thursday, at least 62 fraternity residents tested positive for COVID-19, according to the university. Four other students who do not live in the houses but were in close contact with residents also tested positive.

The Interfraternity Council, which is a student-led governing board for UW fraternities, told UW at least 105 residents in 15 fraternities self-reported that they tested positive for the virus. However, UW said it is still verifying the status of those cases.

Clean-up continues in the CHOP zone

The "Capitol Hill Organized Protest" zone known as CHOP was dismantled early Wednesday morning after more than three weeks of occupation in Seattle.

Police have taped off streets in the neighborhood while city crews continue to clean the streets and park that made national headlines during the demonstration.

The public may cross police tape if they live in the neighborhood or need to visit a business in the area but must get permission from officers first. The now-quiet streets are a stark contrast to the days and weeks prior.

A Washington State Department of Labor and Industries (L&I) year-long audit of a Renton-based online school has led to the state's first-ever official order to suspend business with a school dedicated to retraining injured workers.

The move comes after a multi-month investigation by the KING 5 Investigators revealed the private school, Office Careers, routinely awarded certificates of completion to students no matter what their progress.

KING 5’s investigation uncovered that many injured workers, with their tuition paid by L&I, graduated with a certificate but not with the skills needed to obtain a job in the area of training.

Workers at the Leavenworth Cold Stone Creamery said a teenage girl came into the store Saturday and was refused service because she was not wearing a face mask, a policy posted on the door, and now required by state law.

A couple of hours later, that girl's mom came back, camera rolling, and argued the girl should have been served because she had her shirt pulled up over her face.

Cold Stone worker Paris Allred came from around the counter to confront the customer and defend her co-worker who was the target of the tirade.