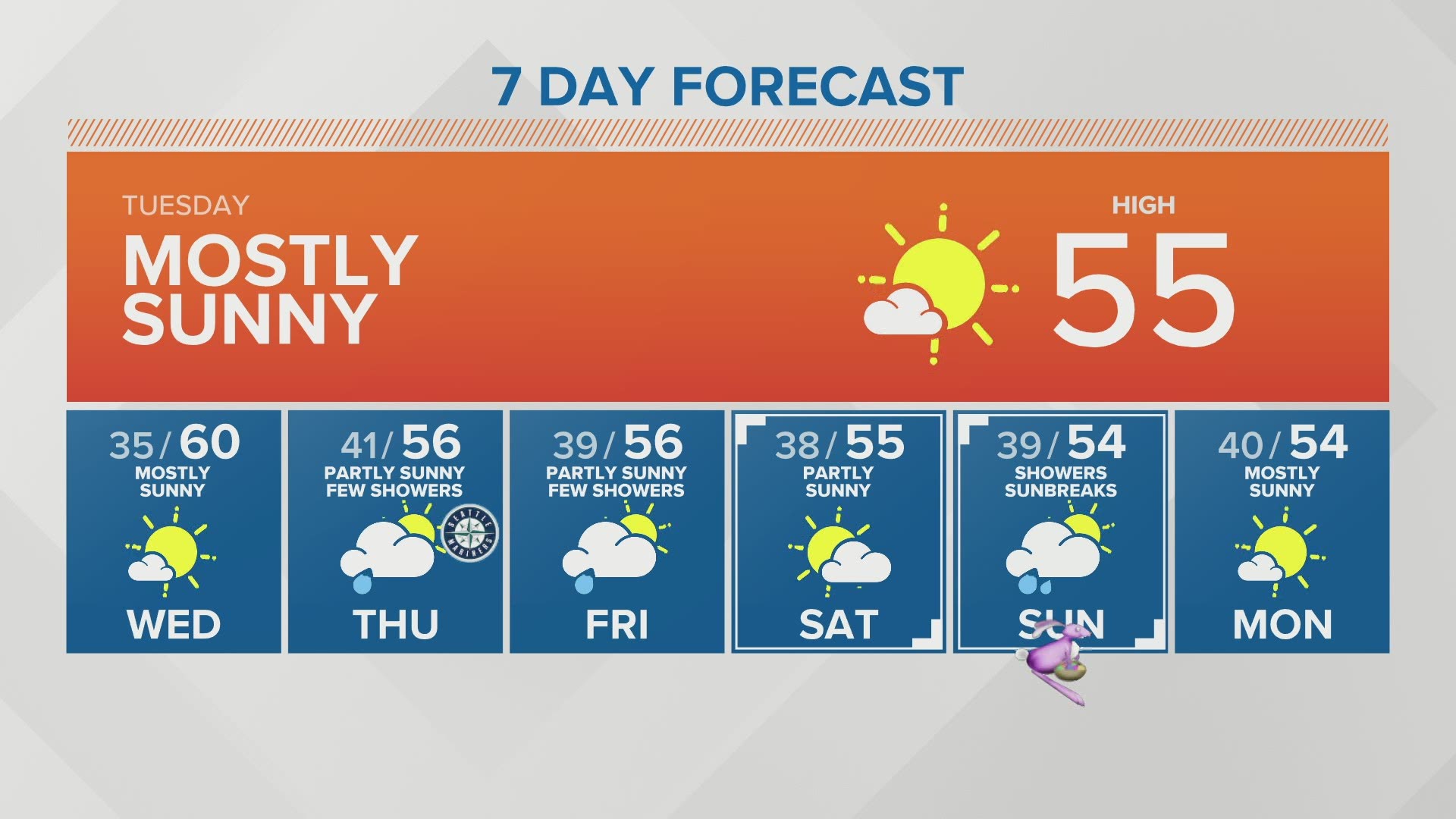 At the start of the COVID-19 pandemic, the University of Washington's Institute for Health Metrics and Evaluation created data models to predict the number of coronavirus cases, hospitalizations and deaths from the virus.

How accurate were the models? The models were incredibly accurate and became more precise as time went on.

In May 2020, UW researchers predicted 134,500 deaths would be associated with COVID-19 by August 4, 2020. It was a prediction that would make national headlines, because the UW claimed the national death toll could double in a three-month timespan.

History shows us that prediction was accurate with the nation exceeding the number slightly: 149,000 deaths would be reported by August 2020. Read more

The first day of the trial for former Minneapolis police officer Derek Chauvin in the death of George Floyd kicked off Monday with opening statements and witness testimony.

In Tacoma, the video of Floyd's death, wasn't just shocking; it was also familiar. The circumstances surrounding Floyd’s death are similar to the death of Manuel Ellis, who was killed while in Tacoma police custody in March 2020.

However, there’s a key difference. Ellis' family is still awaiting the investigation and any charges.

Activists have since demanded an independent investigation into Ellis’ death after video emerged showing more officers being directly involved in the encounter than what was initially reported. Read more

A group of 6,000 Amazon fulfillment center employees had until Monday to cast mail-in ballots to vote on a proposal to unionize their Bessemer, Alabama, distribution center, amidst complaints about working conditions.

If the workers decide to form a union, it would be the first in Amazon's history. It will take several days to count all the ballots and determine the results.

Amazon and labor organizers traded barbs Monday as the Alabama union vote ended. Amazon said it already offers what the union supporters are asking for. Labor leaders say that Amazon can afford to pay workers more, and hope that a successful vote will inspire other fulfillment centers to organize. Read more

According to the Olympia Police Department, Daniel Cano-Real, 19, told investigators that he and John Medina, 20, were driving around the city's neighborhoods late Saturday night looking for someone to rob.

Police said Cano-Real confessed to forcing a 19-year-old pizza delivery driver into their car, at gunpoint.

About 30 minutes later Olympia police said an officer found the delivery driver zip-tied in the backseat after pulling over the car for driving the wrong way.

The victim had a stab wound and red marks around his hands, but was not seriously injured. Read more

Anyone buying lumber these days is in for sticker shock. Prices are at unprecedented levels, and it's affecting everyone from people planning home construction projects to home builders, like Landed Gentry Homes.

The Skagit Valley home builder has never seen lumber prices skyrocket like this before.

The price of lumber has gone up 188% since the beginning of the pandemic, adding at least $24,000 to the price of a new single-family home, according to the National Association of Home Builders.

"There were a few instances where we did not make a profit on the house," said Kendra Decker, who handles sales and marketing with Landed Gentry.

The rise in prices include are due to lower production during the pandemic, and tariffs on Canadian lumber. Read more 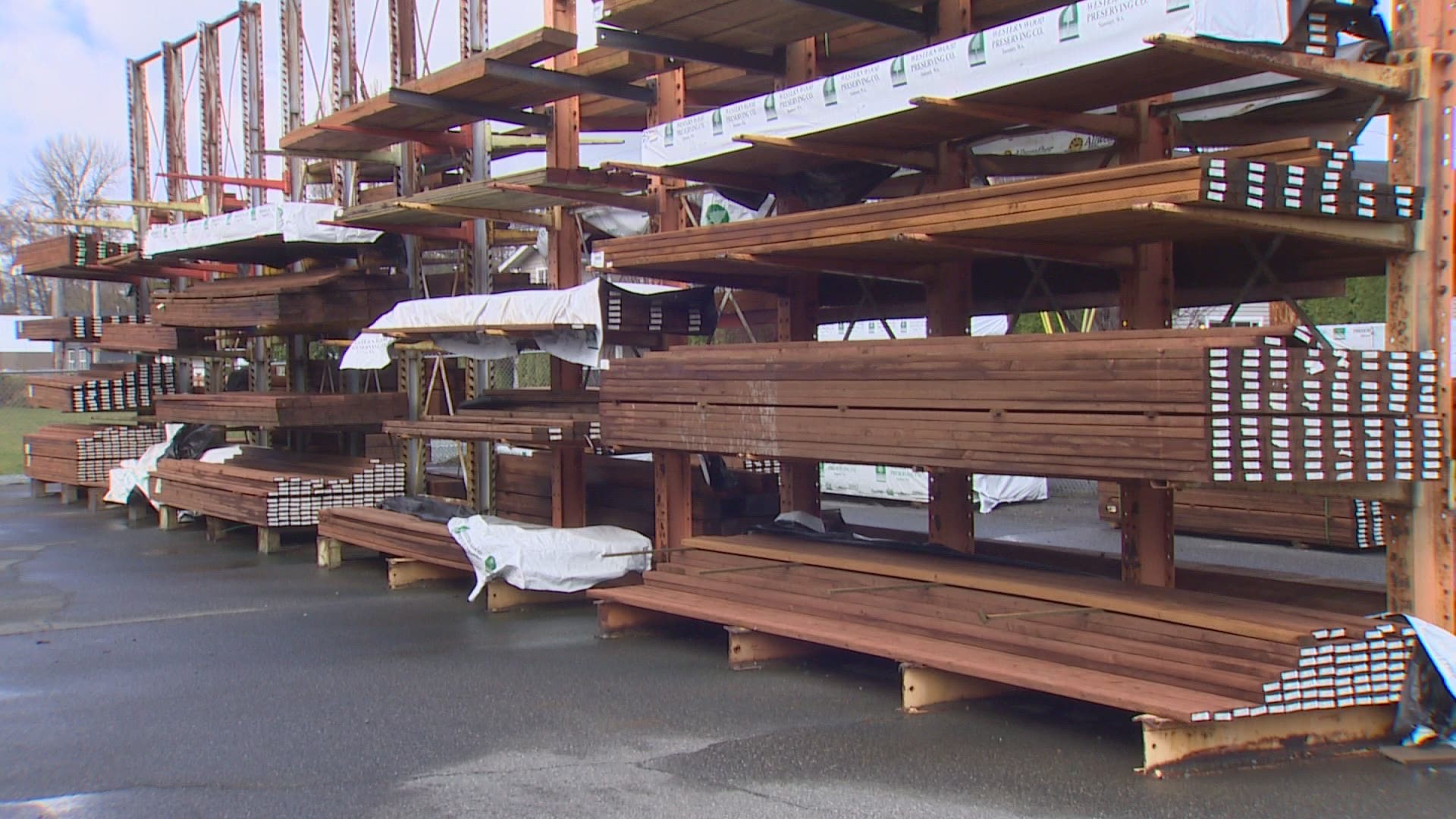