Five 14-year-old boys have been linked to 200 rounds of ammunition that were found in a student’s backpack Monday. 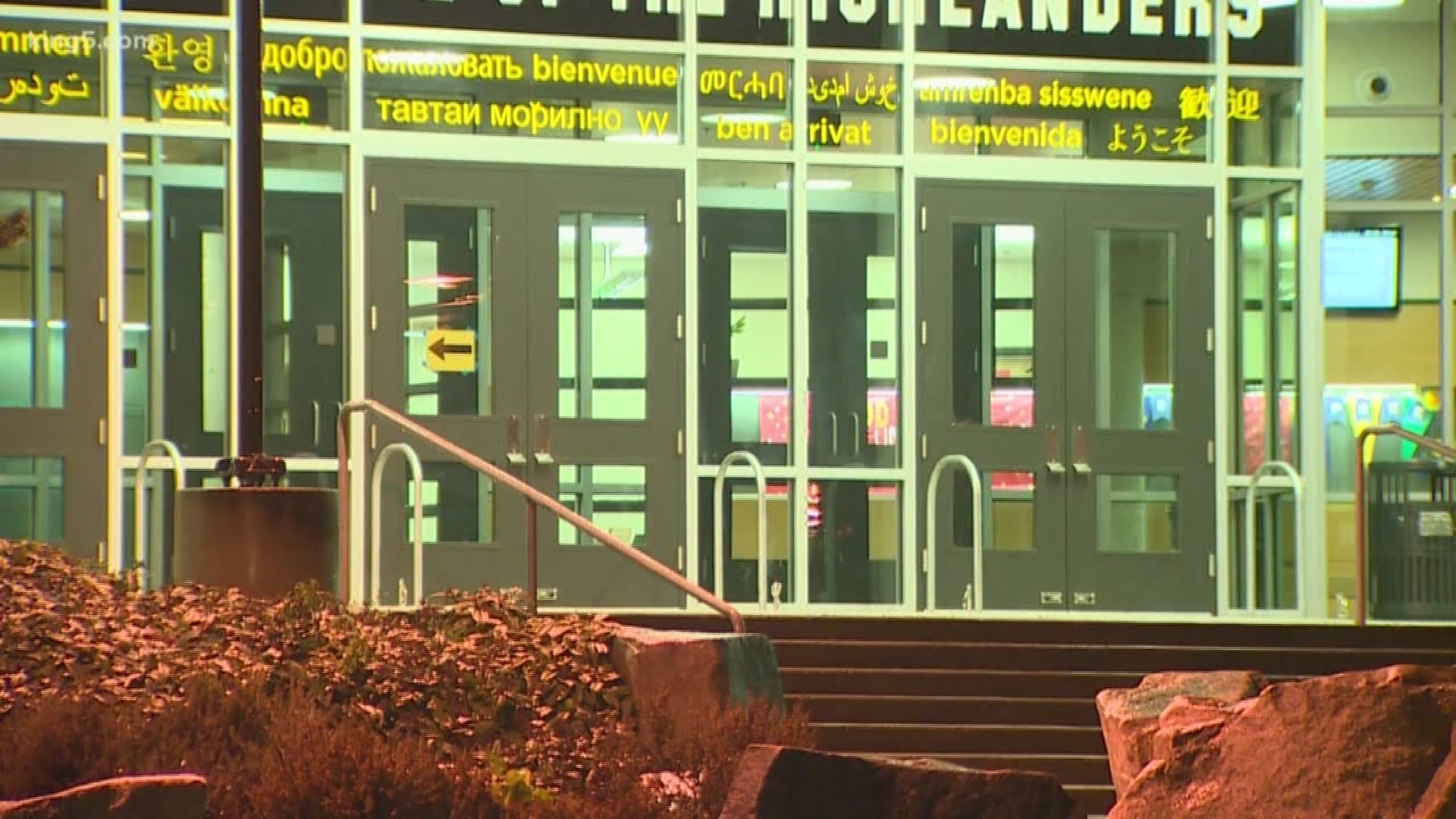 SHORELINE, Wash. — The King County Sheriff’s Office has identified five students who are allegedly connected to ammunition that was found at Shorecrest High School in Shoreline on Monday.

No charges have been filed against the teens.

Shorecrest High School and Kellogg Middle School were both placed on lockdown Monday after 200 rounds of ammunition were found in a student’s backpack at Shorecrest. No weapons have been found, according to the King County Sheriff’s Office.

Rifles and guns from the student's home were surrendered to police. Those guns were properly stored in safes inside the home.

The firearms, which were registered to the parents, were the same caliber as the ammunition that the involved students had in their possession.

Shoreline Public Schools sent families an email saying rumors circulated about a potential threat. However, the sheriff’s office said no credible threat has been identified, and none of the students connected to the ammunition have made threats.

Classes at Shorecrest were canceled Wednesday out of an abundance of caution. The district said Shorecrest will be open on Thursday, Dec. 12 and will operate on a normal schedule.

“Law enforcement has assured us that there is no credible or substantiated threat to our students and staff,” the district said in a statement.

The King County Sheriff’s Office investigation could lead to criminal charges for the five students involved. Shoreline Public Schools is not permitted to share any school disciplinary action that may be taken against the students.

"What we can share is that no student will be permitted on the Shorecrest campus or to return to Shorecrest campus if there is any safety concern," the district said. "We take a very deliberate set of actions in conjunction with law enforcement, including a complete threat assessment process, to help guide our decision-making."

The district said counseling teams will be on hand Thursday to support students who need someone to talk to or to help process their feelings.

There will also be an extra police presence at the school on Thursday to help students, staff, and families feel more comfortable returning to school.

Correction: A previous version of this story misstated that one of the connected students attends Kellogg Middle School.